"I know the powers and characters change throughout the series, but maybe the feeling won’t." 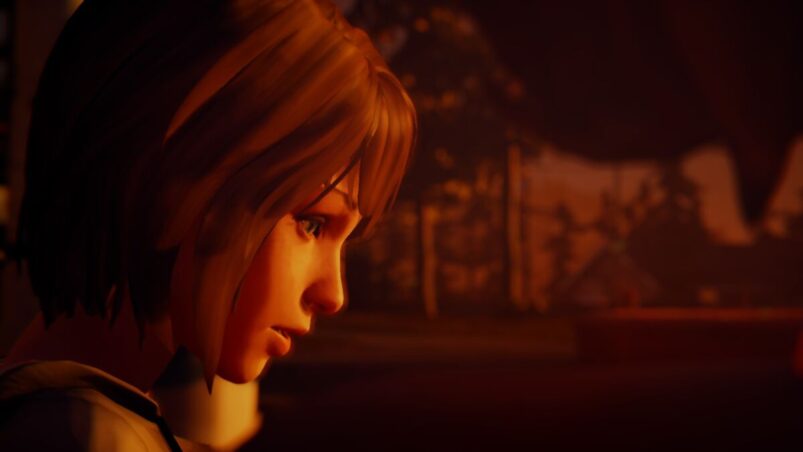 I’m an albino, or person with albinism, someone who has an extreme lack of pigmentation in their hair, skin, and eyes, so everything is either very pale or simply white. It’s a genetic mutation, but back when people didn’t know what those were, myths and folklore about individuals with my condition ran rampant, with everything from us being demons to having magical powers. It may seem like a thing of the past, something from when the world was less civilized, but albinos are still killed in some countries to this day, and their bodies are used as ingredients for “magical” potions. I used to think about this a lot when I was younger, contemplating how some people thought I had mystical properties or telepathic abilities, and I often wished they were right.

Life is Strange is a game I couldn’t get into when it was originally released, though it did leave an impression all the same. Dontnod’s episodic adventure clearly had some substance, receiving high praise from critics, winning Peabody and BAFTA awards, as well as spawning several sequels, and cultivating a fanbase across the world. The premise caught my attention in part because I saw someone at that age with powers – and maybe the blue-haired girl reminded me of how I stuck out – much like I used to think about in my youth. It was a small relation, but enough that, added with my general interest in the game and release of the new Remastered Collection, I figured it was time to finally play it.

Life is Strange is a drama-filled episodic sci-fi adventure about Max Caulfield saving the life of her friend, Chloe Price, when she develops the ability to rewind time. But every action has consequences, especially when changing the past, and a storm of retribution is coming for them, which threatens to wipe out all of Arcadia Bay. Within this main story is also mystery, drama, romance, and unresolved issues that make for an enthralling tale as players collect clues, make decisions, use their new gifts, and unravel the web of intrigue surrounding a missing girl.

The game has a dour tone, but Max is one of the few rays of hope, even with all of these things happening to her. One of the big issues Life is Strange covers is bullying. Kate Marsh, a teenager attending Blackwell Academy, has been targeted by an unflattering viral video, making things worse with her classmates and family. Max does her best to help the young girl, but when those responsible are being protected, the victim of these verbal and emotional attacks attempts to take her own life. It’s a big moment in the game, and something that resonated with me immensely. Due to my genetic difference, I received a lot of intrusive questions, was called numerous uncreative names, and got into many fights, but the bullying never really stopped. In a large part, that was why I wanted the powers to be real. Looking “special” without actually being that generates a lot of unwanted attention and nothing of value.

Playing Life is Strange was oddly therapeutic in a sense, imagining more what I would do rather than Max, even though the game is written for her. I put some elements of myself on the character and that made much of the game’s beginning hit a little harder. Max was dealing with her own issues, but she wasn’t the target — not like Kate was, not like I was. Max and I were able to help Kate. I made the decisions, Super Max used the powers. It felt good to do it for someone else, even if I couldn’t for myself back then. There are more exciting things that happen in the story and there’s a lot of emotional weight thrown around down the line, but nothing stuck out to me quite like that did.

Life is Strange is a lot of moving around in small areas, talking to people and learning them as characters, there are choices that affect the story, puzzles that keep the pacing slow and make more use of the environments, and a massive amount of reading that fills in more of the story, but also killed my eyes trying to read it all. Like most albinos, I am someone who is visually impaired. I appreciated that Max didn’t immediately identify Chloe in the bathroom when she first saw her. My ability to recognize faces is limited due to my sight and my memory is also poor, to the point where I didn’t notice my own brother once when he came up to me at work. Max doesn’t recall her old friend because it has been several years and she has changed, but this was a comforting aspect in a character I was controlling.

I appreciate the developers including subtitles and allowing me to change the size of the font to “Hella Large,” but it doesn’t help with anything other than that text. The lack of improved texts and indicators on other parts of the game made finding the beer bottles in the junkyard “fun” and did nothing for the constant notes, papers, and journal entries the game asks players to read, not to mention several things in the environment I spent way too long squinting at. It also didn’t help that the subtitles were often broken, despite restarting and troubleshooting, though hopefully, it will be patched soon.

But that won’t help change that some of the dialogue can be a bit cringe, or just feel out of place. Nothing makes me less able to relate to the main character quite like when she can’t stop saying the word “wowsers.” Furthermore, I could excuse some liberal sprinkling of “hella,” but not this much.

Life is Strange is also a visual oddity, as it’s extremely dark in some places, which makes it tough to see where to go or find items of note, but it’s also bright and beautiful in other moments. The game’s visual design doesn’t quite flow together as it should, though. Some of the character models are excellent, while others feel like clip art and a few even look doll-like and scary, like the waitress in the diner who kept appearing right in front of the camera. The game has a style it’s going for that works in its favor most of the time, but when it doesn’t, those moments stand out. Gameplay can also be confusing at times, with it not always telling the player what to do and some hints being missing. This made me feel like I was constantly missing something visually, trying to retrace my steps and double check everything. It has moments of intuitive deduction and others where it flies against basic logic, setting up several parts that are easy to get stuck on, and using the journal to find learned information was never pleasant.

With that said, I set out on an adventure and was not disappointed. I felt something I don’t always get to when playing a game, a feeling that even controlling the most powerful creatures in their respective worlds doesn’t always offer. It isn’t often that I find this type of connection in a game with my albinism, since we are usually presented as bad guys, and this was much more subtle than just an appearance thing. It felt refreshing.

Life is Strange was able to do something special in that regard. I would have been attracted to it simply from the premise and great characters, but the ability to see myself in parts of the story has helped to create stronger memories. I enjoyed my time with it and will definitely investigate the other installments now. I know the powers and characters change throughout the series, but maybe the feeling won’t.

A key was provided by PR for the purposes of this coverage.