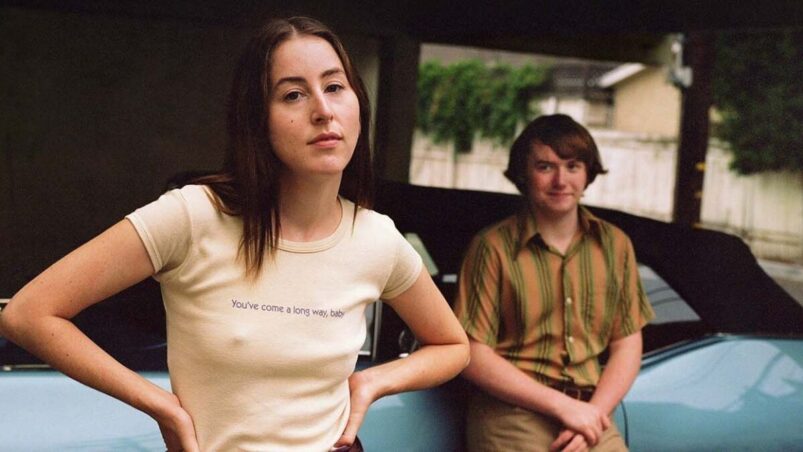 Unfolding within the early-1970s Encino neighborhood of Los Angeles, Licorice Pizza revolves around the friendship between child actor Gary Valentine (Cooper Hoffman, son of the late Philip Seymour Hoffman) and the aimless, witty Alana Kane (Alana Haim), who’s a decade older than him and unsure of the person she wants to become. Soon after Gary spots Alana working at a high school yearbook photoshoot, he becomes infatuated, deploying his signature brand of fast-talking showmanship to score a date. Alana initially rebuffs his advances but agrees to meet Gary at his favorite haunt (“The Tail O’ The Cock,” named after a real place).

Despite being aware of their age difference, she’s drawn to Gary’s ambitious sense of adventure, which offers her a respite from her restrictive religious household (played by Haim’s real-life parents and sisters) and maybe a chance to leave the place she’s been stuck her whole life. Gary, an immature, warm-hearted chap, is rejuvenated through Alana. His subsequent hustles (one of them opening a waterbed store) are fueled largely by his love for her and his family, pushing him to live life to the fullest.

As these two souls grow closer together, then apart, then together, they encounter the darker elements of their environment — from the sexist machismo of celebrities (Bradley Cooper stands out as a crazed, unstable Jon Peters) to fraught political issues. Gary and Alana’s bond is not, however, focused on sexual attraction, even though Gary sometimes wishes otherwise, and they provide the other the lust for life they need, a pathway to happiness.

When disillusionment and jealousy rear their heads from time to time, Alana seeks out romantic pursuits with other unsavory characters, yet there’s ultimately a strong pull that brings her back to Gary. Their push-pull dynamic is always compelling and authentic, but more often than not, the two wind up running into each other’s arms while joyous music plays in the background. Like licorice and pizza, they might not seem to pair, but by golly, Gary and Alana don’t care what you think.

Licorice Pizza is more free-form than most Anderson films, but it lets viewers bask in its laid-back, fairy-tale-esque vibes, sterling performances, mostly sharp script, and masterful aesthetics. Indeed, the 133-minute runtime flies by; and while controversy is guaranteed, it’s one of those films that reminds me of why I love the art form so much to begin with.

Hoffman and Haim are absolutely incredible in their acting debuts — it doesn’t hurt that they look like real people, not dressed-up performers. Hoffman brings a self-assured swagger to Gary, while illustrating his hopelessly romantic mindset. Gary is relatively uncorrupted compared to the “adults” surrounding him. He employs Alana and his siblings in his business ventures, and Hoffman’s youthful purity makes him easy to root for. Haim is marvellous, giving a performance that should definitely be in the awards conversation. With sassy emotional intelligence and a sense of lonely resignation, Haim portrays Alana with scene-stealing skill.

Every sequence in the episodically structured Licorice Pizza is delectable, containing its own punchline or miniature storyline that stands out and builds a sense, piece by piece, of the ways that our bonds serve as a saving grace through dangerous, sometimes demoralizing reality. Anderson creatively incorporates historical happenings into the narrative, such as the 1973 oil crisis, in an organic way that never feels forced. Through the haze of young love, threats nonetheless lurk, which lends tension to certain sequences, especially a harrowing downhill drive.

Licorice Pizza also has wholly authentic set design, a soundtrack composed of groovy hits from the ‘70s, a moodily effective score by Johnny Greenwood, memorable cameos from a variety of performers (including Sean Penn as a scarily self-obsessed movie star, Uncut Gems director Benny Safdie as a local politician, and Harriet Sansom Harris as a hilariously off-putting casting agent) and cinematography that allows viewers to tangibly feel the heat rising off the California streets. It’s downright intoxicating.

Besides one tasteless anti-Asian joke delivered by a bigoted restaurateur, designed to offend, and a few moments near the conclusion where the central “romance” tugs at the edges of what’s societally acceptable — again, likely by design — Licorice Pizza is a mouth-watering cinematic offering. It’s rare to watch a film that’s so confident, sweet, and thematically rich as Anderson’s latest. 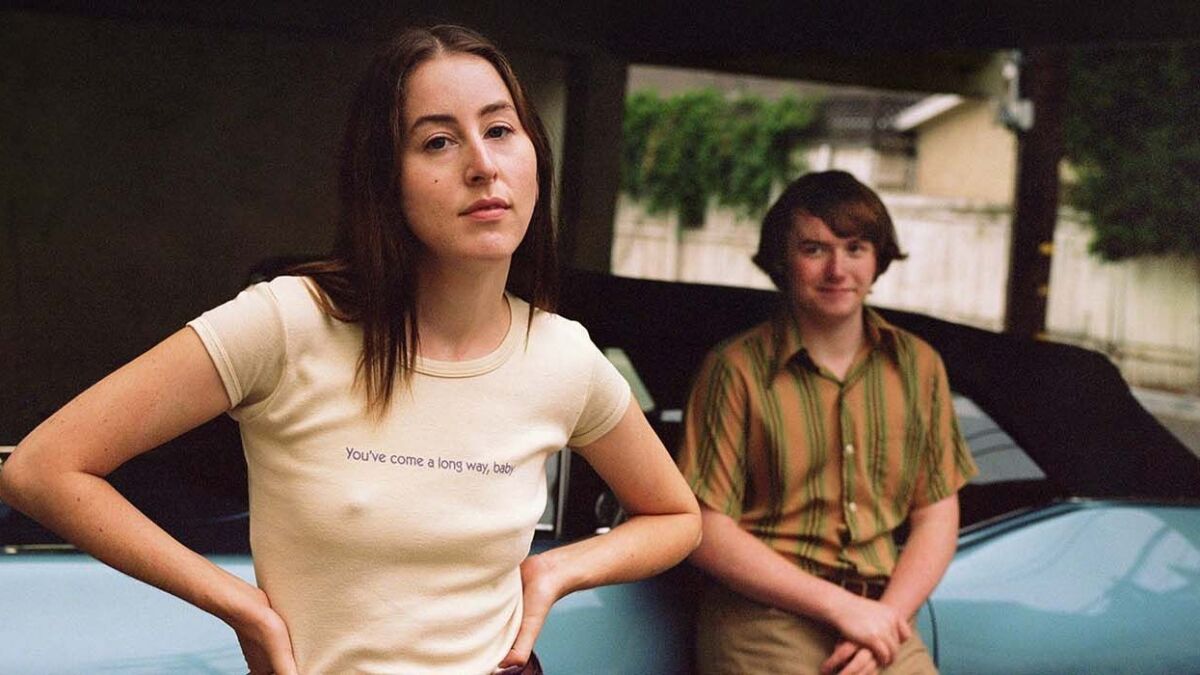 Verdict
Licorice Pizza shines as a story of lost souls finding comfort, a thorny salute to Los Angeles, and a thought-provoking recreation of an exciting time period. Fans of Anderson’s work and newcomers alike should dive right in.
10
Cultured Vultures is a pop culture website established in 2013 covering all things gaming, movies, and more. We eat your words.
All The News On The Biggest Games