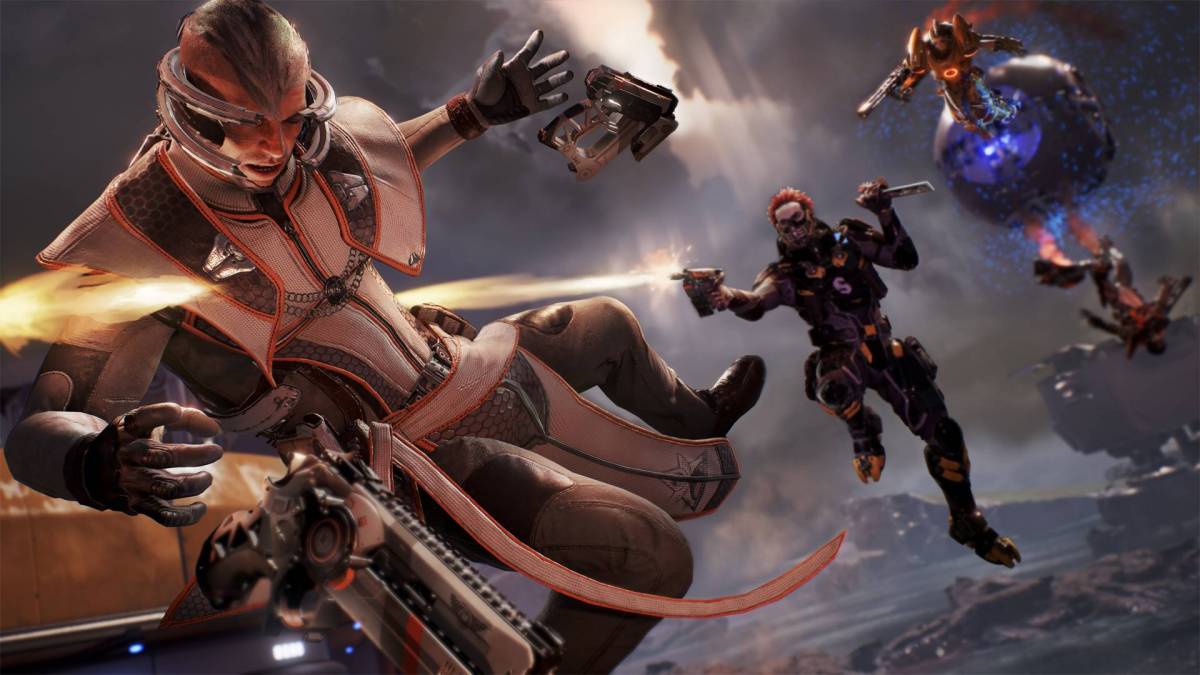 The role-shooter cake is a big one, but there aren’t really enough slices to go around – everyone wants a bite but only a select few can get past the icing. Boss Key Productions and Cliff Bleszinski, knife in hand, have decided it’s their turn with the release of LawBreakers: a fast-paced shooter with calories to burn.

If you’re wondering why I am reviewing in cake analogies (and I don’t blame you), it’s because it sums up LawBreakers as a whole. It’s packed with sugar and will certainly give you your fill for a short while, but once the initial buzz has worn off, you will be craving something more substantial. While the rush lasts, however, LawBreakers is one hell of a frenetic ride.

Playing as one of either the Law or the Breakers, two quarrelling sides whose conflict is only explained in-game through small text boxes, LawBreakers is a multiplayer-only game retailing at a representative price. Bleszinski and co. made a big point of this pre-launch, dragging their peers and obvious inspirations through the mud in the process. His outspoken comments certainly caught the attention, so it’s a little disappointing that that same “bad attitude” isn’t as apparent as its marketing would lead you to believe. Sure, the characters swear and have inflated egos, but overall its rebellious nature is on-par with The Breakfast Club’s. 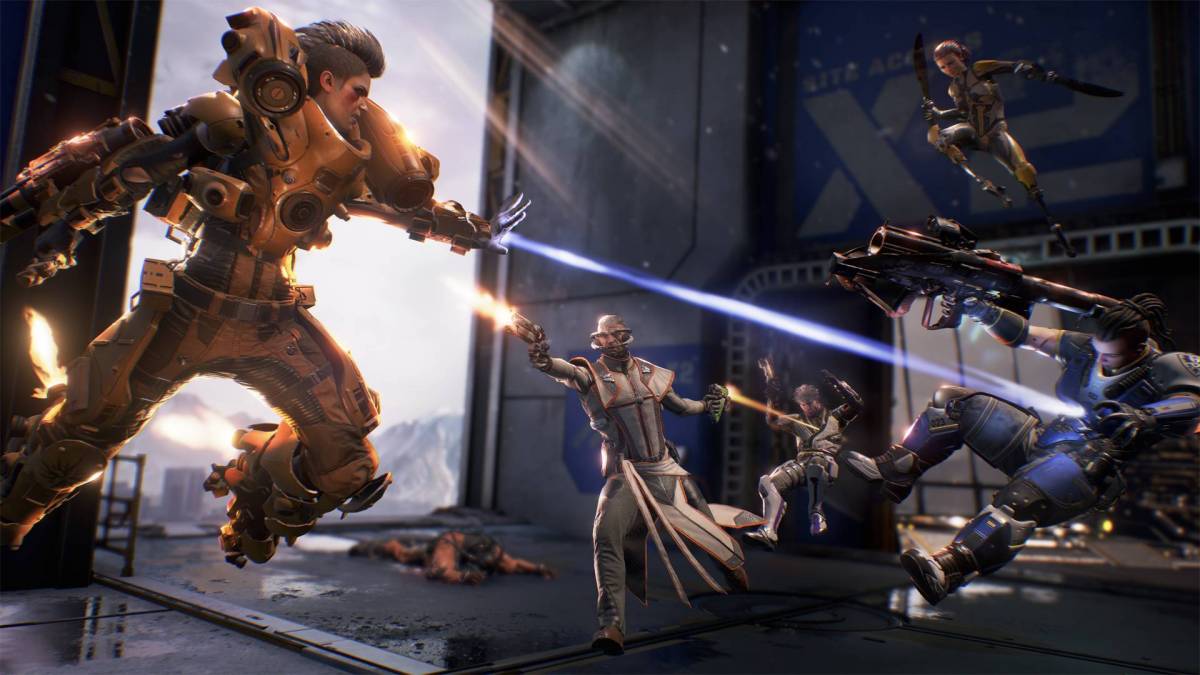 LawBreakers’ approach to depicting this conflict is a novel one: players are randomly assigned to either the Law or the Breakers with each side sharing the same roles and abilities but different characters and their respective personalities and appearances depending on alignment. For instance, the Gunslinger role is reserved for Abaddon and Faust with the former being a part of the Law and the other belonging to the Breakers. It ensures that everybody gets to play as who they want to without having to worry about taking up defense exclusive roles; a nice touch. This, of course, lends itself to teams overloading themselves with multiple of the same roles and unbalancing team symmetry.

While all of the roles feel well-balanced to complement and negate each other (Wraiths are typically poor against Juggernauts, for one), there are some that just feel more satisfying to play as. The aforementioned Gunslingers can warp to a nearby location and also have control of two guns at once, giving them the feel of a futuristic cowboy of sorts. Elsewhere, Wraiths can slide along the ground before double-jumping and firing a whole lot of rounds in quick succession like the absolute bastards they are; a role that you will relish playing and hate playing against in equal measure. Assassins, who are admittedly quite tricky to master, can use their grapples to traverse maps quickly or to reel themselves in close to attackers before attacking with a blade. Those three tended to be the most picked by others during my time with the game, which meant that things were often a little lopsided. This isn’t so much LawBreakers’ fault as it is the PS4 community’s (a traditionally solitary and non-communicative bunch), but it’s still something to be aware of.

It’s being marketed as a “hardcore” shooter and LawBreakers certainly lives up to that, in a way. The learning curve is steep but intuitive if you’ve ever played a similar game, though it has to be said that a tutorial can sometimes go a long way. Each role is totally unique and no two play quite the same, so it’s easy to get hung up on one role in particular for fear of embarrassing yourself entirely with someone else. The best place to start is with The Enforcer, who is effectively your FPS grunt – he has an automatic rifle, grenades, and can sprint. As good a crux as he is, it will feel like a completely different experience when you brave a more complex role, such as the Vanguard: a gatling gun-toting who propels around the arena with jet-like boosters. Balancing fuel levels so that you remain off-ground as much as possible while remaining an attacking threat requires plenty of dexterity, which could have been a more easily honed in a practice area.

Compared to other shooters on the market, LawBreakers may feel a little off to begin with in terms of how it plays. It’s hard to describe, but characters are a little slower than you might expect, though this is offset by speed boosts that every role has to utilise. Each role’s unique abilities are assigned to different inputs with some not being as logically obvious as others, so there’s a lot to learn and somewhat unlearn when you switch roles. In their mission to appear as the shooter fan’s shooter, Boss Key Productions have lost some accessibility, though it is very satisfying when it all comes together.

The big draw of LawBreakers -aside from all the naughty swears, speedy action, and hashtags- is its zero-g combat. It’s not just an interesting gimmick, though – mastering how to float while dealing with threats from all angles feels intrinsically tied to the core of the game itself for the better. Some roles excel in zero-g, such as the lighter characters, whereas others are about as at ease as a giraffe with rickets on ice. This adds extra balance: if you’re up against a tank character, taking to the air is a good way of evening the playing field or just getting some breathing space.

The action of LawBreakers takes place across many different modes that are thematically quite similar. It’s mostly “payload”-based, i.e. collect this and put it there – Team Deathmatch feels like a missed opportunity owing to how the game can, at times, feel like Quake’s Red Bull-infused nephew. Still, what’s on offer is mostly good: Occupy, Uplink, Blitzball, Turf War, and Overcharge.

Occupy tends to turn into a mess of dead bodies as each team struggles to keep ahold of a rotating zone until 200 points are reached. Uplink, which is probably the most mundane of the lot, is like a stretched-out version of Capture the Flag, asking teams to bring a single transmitter back to base to download data. Blitzball, the pick of the bunch, plays like Rocket League had a strange baby with Halo’s Oddball. Turf War matches are usually over before they’ve even properly begun, giving players three zones to fight over in quick succession until either reaches a score of sixteen. Overcharge is probably the most dramatic of the modes in LawBreakers, asking players to charge a battery at their base while also preventing the enemy team from stealing the battery at the last second to get the cheap point.

Some are better than others and it seems like Boss Key Productions know that as it’s impossible to filter matches by mode. It can be quite frustrating to get stuck in what feels like your tenth match of Uplink in an hour when all you want is to play a round of Blitzball. When you’re lucky enough to play a streak of the best modes on the best maps, it’s worth savouring.

Any shooter is only as good as its maps and while LawBreakers’ are serviceable, they aren’t all that memorable – there wasn’t a time when I was begging for the Quick Match rotation to place me on a certain map, simply because it’s hard to distinguish them from each other. They’re efficient enough, offering fair chokepoints and alternate routes all over, but they’re just rather drab and seriously lacking in personality. It has to be said that that’s the story with LawBreakers as a whole. 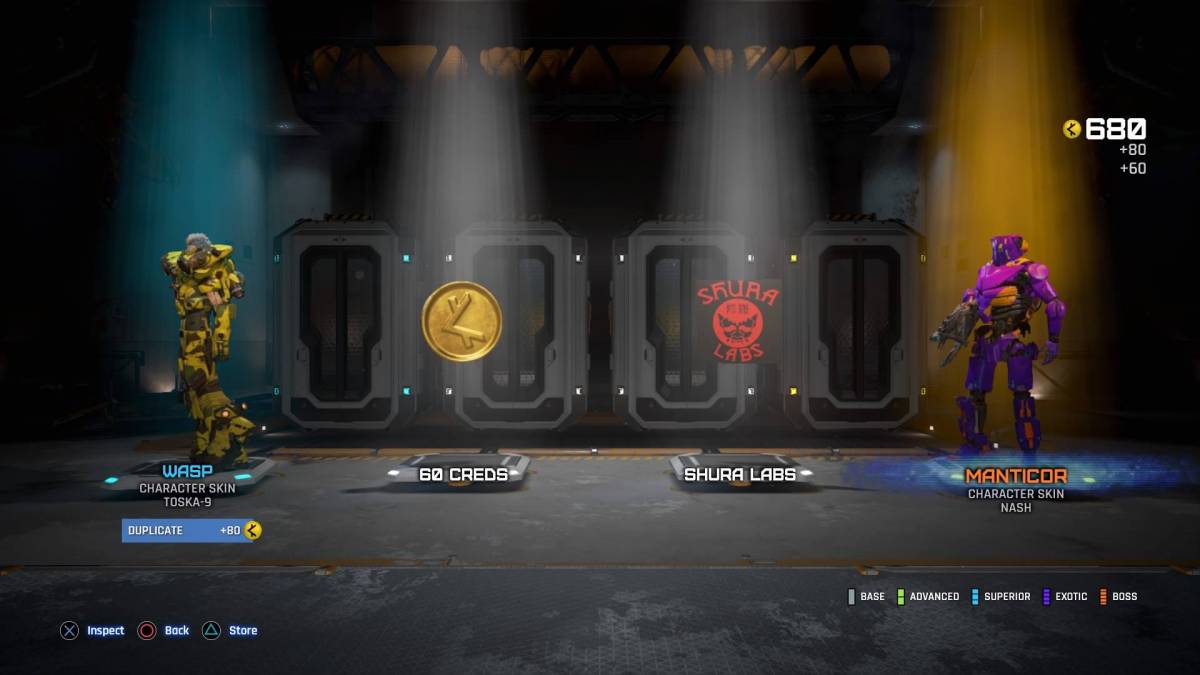 Perhaps they simply did too good of a job with their pre-launch trailers, but that glossy, high-impact footage with plenty of attitude feels like a stark contrast to what LawBreakers is actually like – the first hour of play might leave you asking if it’s the same thing. The characters don’t share any banter with each other and, aside from the occasional quip, lack the “attitude” the game was marketed with. Even more disappointingly, it’s hard to tell each of them apart from one another for hours and hours – LawBreakers just doesn’t make their appearances and personalities pronounced enough for them to really stick. All of the flashy customisation tied to the game’s microtransaction-catered loot system can’t fix that.

On a vanilla PS4, LawBreakers just about crawls over the line in terms of performance. Framerate stutters are relatively common when the action gets too much and the screen is overflowing with sci-fi lunatics, which can really impact whether you make it out alive or not. I also found that the occasional dip made precise shooting more of a challenge than it should be – when you’re trying to shrug off a streak of deaths, the last thing the game should be doing is to make your job any harder than it already is.

LawBreakers is certainly fun while it lasts; it’s nigh on impossible to not get engrossed in the mayhem for at least its first ten hours. Just like cake, though, you probably couldn’t indulge yourself with it everyday – there just isn’t enough of substance to keep you coming back for dessert when there are other, more enticing things on offer.

Verdict
Boss Key's brand of role-shooter is an enjoyable rush while it lasts, but LawBreakers may not have enough beneath the surface to last the distance.
7
Cultured Vultures is a pop culture website established in 2013 covering all things gaming, movies, and more. We eat your words.
All The News On The Biggest Games