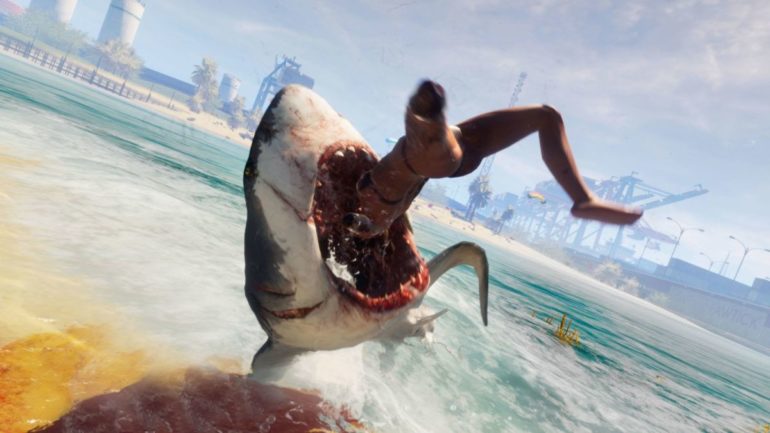 If, for whatever reason, you’ve been putting off trying out the PlayStation Plus games for January 2021, today is the final day to get them added to your library for PS4 and PS5 before February’s games roll around.

The marquee game for January, Maneater, wades in some pretty interesting waters, it basically being an open world game in which you play as a shark. While all the chomping does get a tad repetitive, the ability to evolve and upgrade yourself into something almost alien makes for a surprisingly deep game. Weirdly, it’s only the PS5 version, so that’s unfortunate for PS4 players.

Shadow of the Tomb Raider, the game that hobbled so that Marvel’s Avengers could also hobble, is also worth giving a try through Plus. With Crystal Dynamics busy with the Avengers tie-in, Eidos-Montréal stepped in to close the nu-Lara trilogy and did a mostly good but largely safe job of it. If you like the first two games and just want more of the same, Shadow will scratch an itch.

And finally, Greedfall may not have the same polish as a lot of its RPG peers, but if you’re after something a little old school to stave off the lockdown blues for 60+ hours, you can’t go wrong. Despite all of its many rough edges, which is pretty much a Spiders calling card, the game’s character creation and intricate conversations as well as unusual setting make this worth a look. Just don’t maybe expect Skyrim.

As for what’s to come in February for PlayStation Plus, Destruction AllStars will launch for free as part of the service alongside Control: Ultimate Edition and Concrete Genie.

READ NEXT: 20 Best PS4 Strategy Games You Should Play