Knack is not cack, baybee. 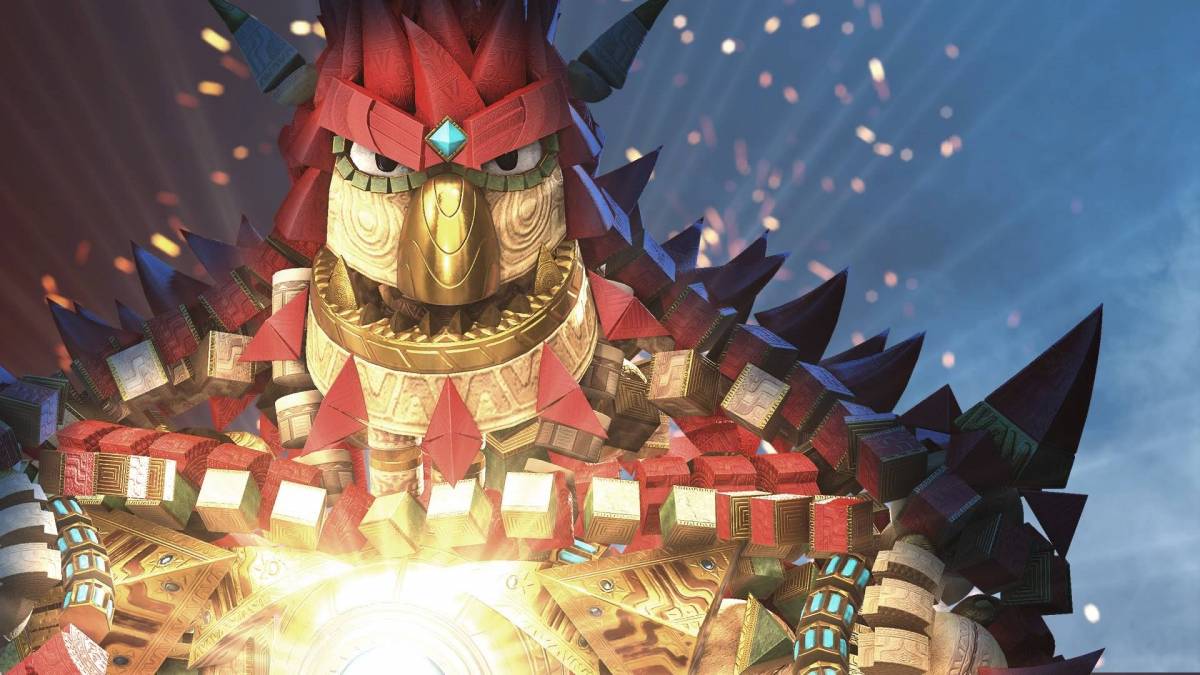 Knack is good, actually. Knack 2 is actually quite good and one of the best platformers on the PlayStation 4, as well a fun couch co-op game that we don’t get enough of these days.

I feel like I have to lay those markers down nice and early, just so we’re clear on where I stand when it comes to Knack. I like Knack. I want Knack 3. No memes.

The original Knack is more of an extended tech demo that still has its charms with the man/Tetris-block-lad himself showcasing the possibilities of the at-the-time young PlayStation 4. Knack 2, meanwhile, is a much more complete adventure, the Marvel inspiration clear to see with big setpieces and much tighter gameplay overall.

Neither of the games are what you would call classics, but do they have to be?

There’s nothing wrong with playing a “7/10” game, despite what those who are wholly invested in Metascores believe. In fact, I often welcome these not-quite-great games, titles that you can just pick up and play without having to engage your cerebrum beyond a brisk walk. The Darkness II is one of my favourites games ever, but does it deserve as much acclaim as FPS hallmarks like Halo and Half-Life? Absolutely not. Does it let me kick back and slash my demonic tendril pals at gangsters? Oh yes.

Knack 2 is more or less the definitive 7/10 game. Its story is completely forgettable (something about aliens, maybe?) and it doesn’t really innovate in any areas, apart from the titular character looking like he rolled through the infant section at Toys R Us while covered in peanut butter. It’s a simple yet surprisingly challenging game that scratches an itch, nothing more, nothing less. It has no grand ambition to weave a story like The Last of Us or provide exhilarating combat like God of War, just what you see is what you get: dumb fun. I have all the time in the world for games like that — not every game has to be striving to be the best for it to be worth something.

What’s not clear, though, is what the internet at large thinks of Knack, whether all of the love it receives online is ironic or somewhat sincere. While I think it started off as the former, I sense a shift to the latter just through the sheer force of the memes over the years.

The Knack “movement” was created by the Dunkey clone videogamedunkey, who’s probably done a better job of pushing the franchise than Sony ever have, irony or not. Commenting “Knack 2 baybee” or “maysterpiece” anywhere online is like Gimli blowing that big bastard horn in The Two Towers — you know good people are on the way.

Sony should really lean in to this weird love-in and release Knack 3 for the PlayStation 5, knowing winks and all, to build on the good work seen in Knack 2 and to capitalise on its bewildering reputation. If Deadly Premonition, one of the most flawed yet beloved games of all time, can get a sequel, Sony should definitely commission Mark Cerny for another wacky, blocky adventure. It’s the least they could do for making him stand up on that stage for an hour and everyone getting mad at him.

While we have the likes of Sackboy and Ratchet & Clank (as well as SIE Japan’s own Astro’s Playroom) to plug the platforming gap on PS5, there’s always room for more, especially when you consider just how much could be done with the DualSense in a potential third game.

Imagine being able to charge up a spin attack with the adaptive triggers, feeling the haptic feedback whenever Knack is rebuilt, or being able to shout “go Knack, you massive lad!” to egg him on through the microphone. Right, so maybe that last idea is stretching it, but you get the point: just as the original Knack was used to show off a little of what the PlayStation 4 could do, Knack 3 on the PlayStation 5 might be able to do the same.

Knack 3 doesn’t even have to be revolutionary to be worthwhile, though. I look at the upcoming titles for next-gen and I see a lot of games trying very hard to dominate your time in very serious worlds in higher fidelity than ever. Sometimes you need a game like Knack as a palate cleanser, a simple adventure that you can dust off on a lazy Sunday, your brain matter seeping out of your ears as the Mega Bloks man goes brr.

Knack is basically the ugly duckling out of all of PlayStation’s mascots throughout the years. He looks different to everyone else and is the butt of many jokes, but if you keep giving him chances, he may one day blossom into something beautiful. Well, more beautiful.