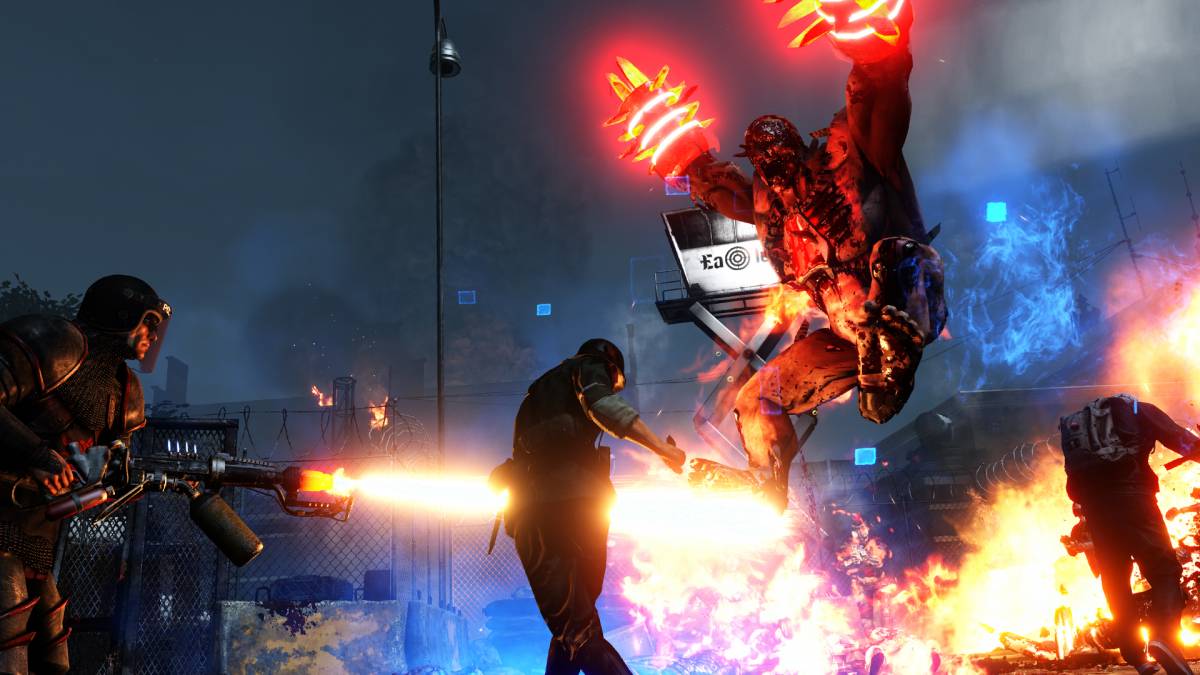 You’re pushed up against a barricaded door, armed with two handcanons as you accurately blow open the heads of the grotesque monsters throwing themselves towards you. Your teammate frantically welds the door to keep it shut, but the hordes on the other side pound its metal hinges with everything they can. Suddenly, you get a moment of slow-motion from nailing headshots – just as the door buckles. Spinning round, you unsheathe a katana; ready to fight or die.

This is just one moment I experienced in Tripwire Interactive’s excellent Killing Floor 2 – a horde game which relishes in its awesome gameplay. If you take the general mechanics of Call of Duty’s Zombie mode – progressing through rounds, a whole host of weapons, teamwork – but then add a heaping of variety and charm, you get this game.

Like many players on consoles will be, I was introduced to this game very recently due to it being available with June’s Playstation Plus roster. Usually I have a glance at the titles on the service and then return to whatever I’m playing at the time, but with Killing Floor 2, I just can’t stop. Despite it only having subtle progression to keep you coming back, I’ve found myself wholly addicted to the exhilarating moment-to-moment gameplay and huge plethora of available weapons.

Unlike CoD’s Zombies mode, this game presents you with a host of ‘perks’ – essentially classes which each benefit certain weapon types in different ways. For example, I’ve found myself drawn to the Gunslinger class, as it benefits handguns and dual-wield weapons by decreasing reload times, increasing accuracy, amongst many other things. These traits are unlocked every five levels of a perk, up to a maximum of 25. Basically, it’ll take you a long time to max out all of them. 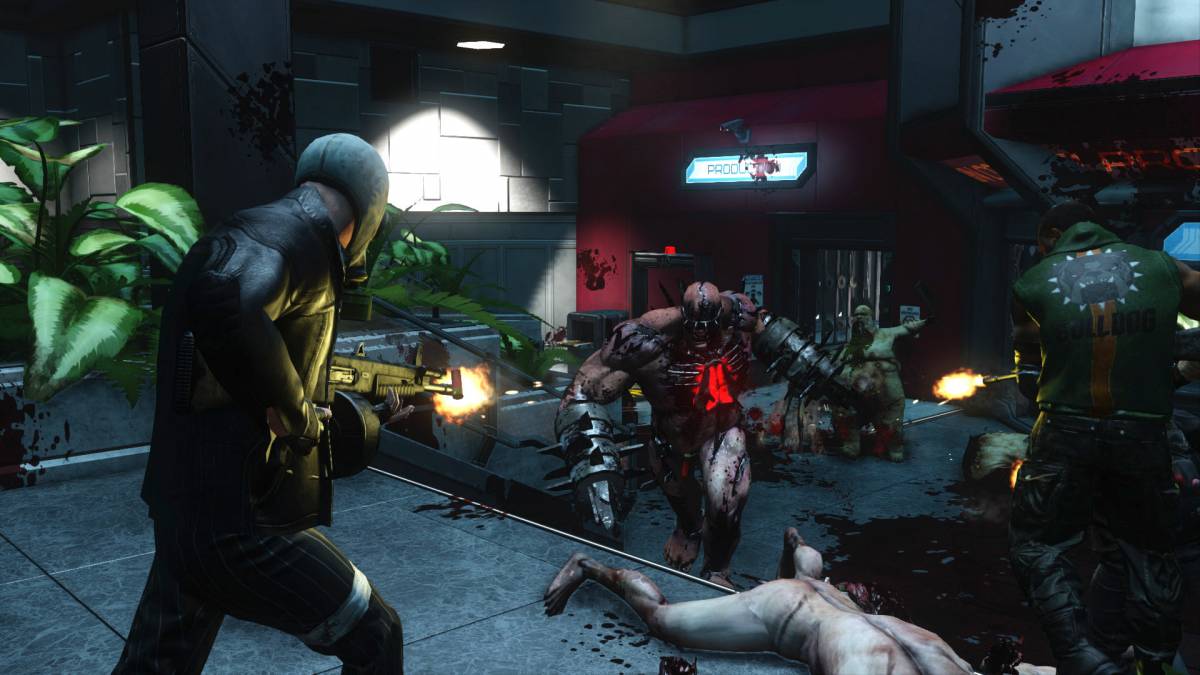 There’s also many maps to survive your way through – 15, to be exact. That’s pretty commendable, considering other games or add-ons of this type usually strive for little more than five. Each of these maps has its own personality and scenery, too, which makes every round feel slightly unique.

However, your typical survival mode isn’t all that’s available here: Killing Floor 2 also offers a ‘Survival Vs’ mode that pits 6 mercenaries against 6 monster players. This still takes place within the confines of the regular survival gameplay, but instantly makes things feel even more intense. Players that have assumed control of a monster have a distinctive blue glow infused in them, and these are the ones you’ll want to look out for, as they feel miles more dangerous than your regular AI creatures. This mode feels arguably weighted towards the ‘Zed’ players (that’s what the game calls its creatures), but it’s a really fun way of varying the already addictive gameplay.

While blasting my way through the undead, I got some strong Timesplitters vibes; particularly with the game’s colourful roster of characters. I took to playing as the aggressively holy priest, whose quips and comments on weapons and the scenery wouldn’t sound out of place in Free Radical’s iconic shooter. It might sound like an odd aside, but I’ll grab for anything that looks even vaguely like Agent Cortez.

Moral of the story: download this game and give it a go. Particularly as it’s now free for Playstation Plus users, there’s never been a better time to jump in and join the community. It might not hook you for weeks on end, but I can see myself returning to Killing Floor 2 whenever I fancy some shockingly good gunplay.