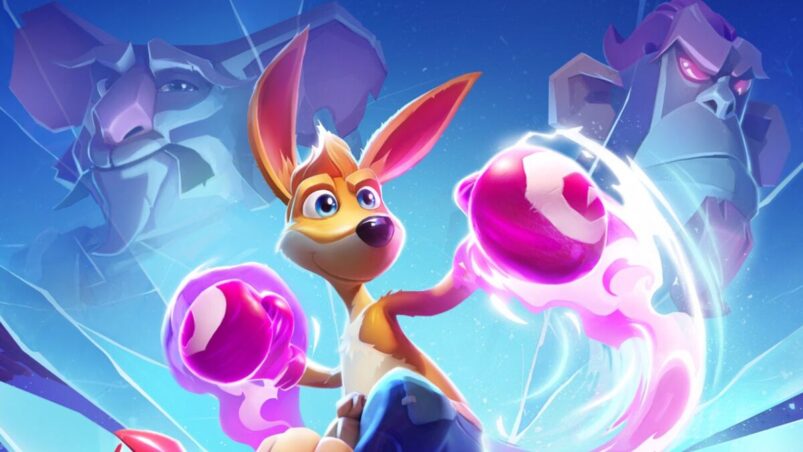 The new Kao the Kangaroo game is coming out this month, which is good news for Kao fans and surprising news for everyone else. This wasn’t a video game franchise I expected to get the reboot treatment, mainly because I always thought it was a franchise popular during its release but quickly forgotten right after, but anything’s possible in this day and age where every nostalgic property has seen or is seeing a new game, movie, or series.

Still, while Kao never gained the popularity or longevity of other video game mascots like Crash, Mario, and Mega Man, he seems to be remembered fondly by enough people that a reboot is still sure to find an audience. In preparation for his big comeback, I thought it’d be fun to revisit the original Kao the Kangaroo trilogy and see if the three games still hold up. Do they stand the test of time or is nostalgia required in order to still enjoy them?

Of all three Kao games, the first game definitely feels like the one most for little kids.

There’s almost no challenge here — the level designs are much too simple and straightforward, and the boss fights are insanely easy. Mario, Sonic, and many other platformer mascots have definitely proven that just because a platformer looks kiddy doesn’t mean it’s only for kids. Still, I struggle to see how any adult with no nostalgia for this franchise can greatly enjoy this one.

Even if the idea of playing an easy game to relax and pass the time appeals to you, Kao the Kangaroo still isn’t that game. Kao moves so slowly that it’s actually frustrating; repeating levels feels like a chore because of how slow he is. Not to mention that some levels that require you to ride a vehicle punish you for going fast, so even with a vehicle you’re still forced to go slow. Checkpoints are also added by the player and not predetermined, which sounds like a neat idea until you realize it just makes the game more tedious, especially when you die in the middle of a level and have to restart from the very beginning because you forgot to add a checkpoint.

Still, even with its flaws, the game isn’t terrible, just average. Kao is a rather cute protagonist although his character design may be too plain for some. The game’s graphics, though not amazing, still look pretty good and even feature some rather creative world designs.

The game also has a considerable amount of personality, especially with Kao himself: he has charming idle animations, his neck extends whenever he goes into a body of water so his head is always above the water, and his boss fights take place in a boxing ring. They’re fun little touches that show love and effort was put into the game and Kao wasn’t meant to just be a cash-in on the 3D platformer mascot trend.

Kao the Kangaroo: Round 2

Of the entire trilogy, Kao the Kangaroo: Round 2 is the easiest to recommend.

It’s a big improvement from the first Kao, starting with Kao himself: the titular kangaroo has a new and better character design this time, sporting brown fur instead of yellow and wearing shorts, shoes, and even new gloves. It all makes Kao much more visually interesting and anthropomorphic, but the best part of Kao is that he’s no longer so slow. He’s not Sonic fast, but he moves at a pace that feels fitting for an adventure platformer. There are even levels based on speed, a welcome change of pace from the first game which seemed to force you to play every level as slowly as possible.

Other improvements include better graphics, predetermined checkpoints, and a significantly higher challenge. Really, though, the best improvement is that Kao the Kangaroo: Round 2 is a much bigger game. There’s so much more variety here — it’s not just Kao going straight forward and fighting enemies anymore. There are clouds to jump on, giants to outrun, nets to swing from, boomerangs to throw, buttons to activate, and Kao’s even able to fly in some levels. The variety is a huge step up: there’s just a whole lot more to do in this game than in the first one.

Of course, the game isn’t without its flaws. For starters, it’s still a pretty easy game and can even be too forgiving at times: some bosses don’t really feel like bosses because of how effortless they are. The combat is also pretty clunky and terrible — easily the worst part of every level is having to fight the enemies because of how tedious they are to deal with. Kao the Kangaroo: Round 2 also really likes to wear its influences on its sleeve, with plenty of elements clearly inspired by games like Crash Bandicoot, Rayman, and Banjo-Kazooie, to the point where it could be accused of being too unoriginal.

I wouldn’t agree, though — I think Kao the Kangaroo: Round 2 has enough personality of its own to make it its own thing, even if it does borrow heavily from its platformer predecessors. There really is just a lot to like about this sequel, enough to warrant a recommendation to anyone interested, even if they didn’t grow up with the franchise.

Kao the Kangaroo: Mystery of the Volcano

Unfortunately for Kao, the original trilogy didn’t end with a bang, but with a really quiet fizzle.

Quite a shame too, because it’s still a good game, but it’s hard to recommend given how unfinished it feels. Considering how the second game felt like the developers were really getting the hang of the Kao formula, the fact that the trilogy ended on such a whimper is nothing short of a disappointment. Had the franchise featured more games, increasing the difficulty and improving the formula more and more with each one, Kao the Kangaroo could’ve eventually become one of the big platformer video game mascots alongside the likes of Crash and Rayman. Probably not Mario and Sonic though, because really, who can compete with those two?

However, with the new Kao the Kangaroo game releasing very soon, Kao might get a second chance at being a platforming icon. Consider SpongeBob SquarePants: all it took was a remake of an old game of his and now it looks like the yellow sponge is on his way to becoming a video game icon himself, being the largest character on the cover of Nickelodeon All-Star Brawl and having a new game, SpongeBob SquarePants: The Cosmic Shake, coming soon. There may still be hope for the boxing kangaroo and I’m all for it.

While the Kao sequels are definitely better than expected, they’re still not quite there to really make them a must-play for platformer fans. Nostalgia isn’t a requirement to enjoy them, but it’s certainly a requirement to feel strongly about them. However, I still see a lot of potential in this video game franchise, and with Kao the Kangaroo making his comeback very soon, I hope that potential gets realized.