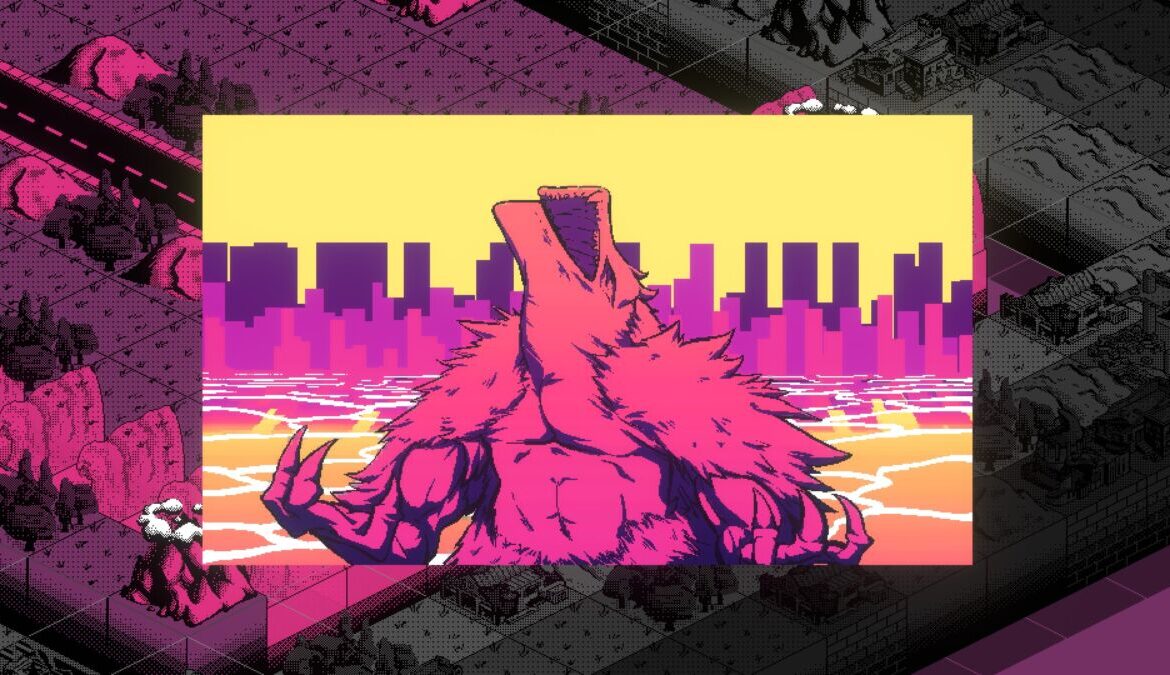 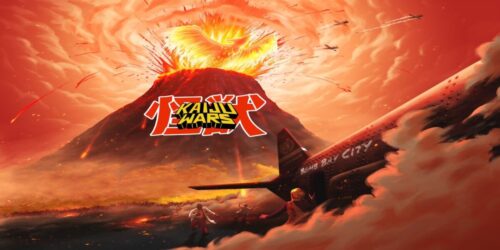 Despite their general success in cinema and other entertainment media, the kaiju genre has found only limited success in gaming, primarily in the action genre. Ever the forward thinkers, Subset Games’ Into the Breach took a successful stab at bringing a kaiju and mecha blend to the strategy genre, yet few other developers have followed in their footsteps. Can Foolish Mortals Games’ Kaiju Wars take up the mantle and open the floodgates for more kaiju opportunities in strategy gaming?

Kaiju Wars is a turn-based micro-tactics game where you take command of the human forces tasked with fending off the sudden onslaught of kaiju, all the while trying to figure out the secretive and sinister machinations and ambitions of shadowy organizations. You can experience the game’s narrative through an impressively lengthy campaign split across six acts, with an extended first chapter acting as an introduction to the game’s core mechanics.

For such a seemingly humble game, Kaiju Wars is chock-full of content. Alongside the campaign, the developers included a weekly challenge mode, optional puzzle-like campaign missions, an extensive map editor, multiple modes, and even a limited local multiplayer mode for some missions, where one player takes command of the kaiju. And just to show how much they care for the setting, the dev team stuffed their game with plentiful easter eggs in the writing and UI, such as including an entire news screen with video snippets and links to open-source kaiju films from across the globe.

The impressive selection of modes is but the first of Kaiju Wars’ many positives, with the presentation undoubtedly being a particularly remarkable highlight. Graphically, the game sports a beautiful pixel art style accentuated by stunning art direction and color derived and inspired by kaiju film posters. Most importantly, this stylized approach to the UI, maps, and terrain actually aids in making the landscape more readable for creating and planning effective defense plans, though forests and jungles are a bit difficult to tell apart.

Kaiju Wars’ audio is equally as excellent with a great variety of tracks that never seem to get old, even on repeat. The sound design of the kaiju is also great, giving each monster a distinct identity, while the rumbling of unit engines and weapon effects creates a broad soundscape that’s far more detailed than the simpler graphical style would suggest.

The writing fits into the quality presentation, giving the characters and tone a joyously silly and cheesy charm with only the occasional eye-rolling moment. Altogether, the developers truly care about their game and it’s clear that they poured their heart and soul into establishing its world.

Along with the excellent presentation, Kaiju Wars has a number of highlights, such as the campaign structure, pacing, and mission design. Though all the core game mechanics appear in the first act of the campaign, the developers smartly left bits of content throughout each of the narrative’s six acts, so that there’s always something new to discover as you progress. These additions can be new units, projects, or twists on basic interactions.

Missions generally don’t overstay their welcome and are just about the right length to feel satisfying, though the final missions of each act can drag on just a tad too long. In addition, the mission design and variety turn what could’ve been a repetitive and grueling experience into a fresh menagerie of ideas and interesting challenges. Just as the campaign structure keeps the narrative engaging, the mission design will keep the player captivated with the different scenarios and setups they’ll need to contend with, while also testing your game knowledge and tactical decision-making as missions become more complex and elaborate.

Speaking of challenges, Kaiju Wars’ level of difficulty further adds to its high quality. Admittedly, Act One of the campaign isn’t too difficult, but starting with Act Two and onwards, some missions can seriously put your skills to the test, even on normal difficulty. Hard mode legitimately feels like a true hard mode with tighter mission timelines and stronger kaiju that, instead of making the AI cheat to artificially create difficulty, will actually challenge the player’s knowledge of the game and their tactical abilities.

When all’s said and done, the best thing about Kaiju Wars is its gameplay. While there’s no single individual feature that’s ground-breaking, such as unit control, minor deck-building, resource management, unit progression, base building, and ability activation, these components all work together to create a systems-rich environment for players to consider and explore. Each micro-tactics mission, despite its small scale, still feels stacked with decision-making opportunities, making for an incredibly rewarding experience.

The best parts of the tactical gameplay are the emphasis on positioning, kaiju evolution, and project activation. Effective unit positioning incentivizes players to study the map, and consider their unit advantages and abilities, while also coming up with plans and maneuvers to maximize their delaying potential against the unstoppable monsters. The best tactics games focus on the relationship between terrain and units, and Kaiju Wars hits this dynamic out of the park.

The kaiju evolution mechanic adds fitting flavor to the game, while also consistently throwing curveballs at the player. Each of the four distinct kaiju may not necessarily have a great many special abilities, but the abilities they do have are impactful and can quickly shift the state of the battlefield requiring creativity and tactical adaptation to effectively respond to.

Special projects, as well as special units, further add elements of randomness and some power fantasy respectively without going overboard and upsetting the overall balance of the game. Projects, in particular, give players various tactical options that can just as easily rapidly change the tactical landscape or set up for a longer-term game-plan, depending on what cards the player draws. It’s both addicting and complementary with the game’s other systems to create a well-rounded strategy experience.

There are, however, a couple of nagging issues that prevent Kaiju Wars from reaching that legendary status. The first of these is the way the UI obstructs the map and other vital information in pre-mission preparation screens, which makes it annoying, confusing, and frustrating to choose the right resources you need to bring with you to best respond to the terrain.

Essentially, you’d have to start the mission first, observe it, then exit and choose what you want to bring, which is simply inefficient and needlessly takes up time. In addition, the mission preparation screen oddly lacks some vital information, such as the unit rosters and projects you’ll have access to in a mission, so you can more effectively prepare beforehand and compose a strategy.

The second issue lies in the in-game interaction between units and buildings. At any given momentum, there can only ever be one unit on a tile. There are also buildings, like labs, with special abilities, but you can’t access the buildings’ abilities if a unit is on the same tile, so, in effect, you have to do an annoying unit shuffle if you really want or need to activate a building ability, even though this interaction doesn’t make much sense based on how the rest of the game works.

From a performance standpoint, Kaiju Wars worked without a hitch, even on the larger, busier missions, so if you’re able to meet even the minimum technical requirements, you should have little issue in running the game. The options menu is generally decent with a neat streaming integration feature, though a few more graphics settings would’ve been appreciated for greater customization and flexibility. I didn’t encounter any crashes and only a few minor audio bugs where game sound effects would persist even after a mission ends, but a quick game restart resolved the issue.

Ultimately, Kaiju Wars is a welcome addition to the strategy genre, thanks to its excellent art direction, style, and a great theme that all serve to enhance the excellent and rich tactical gameplay. Kaiju Wars also occupies a unique position in the market in that kaiju-themed games are quite scarce, so the game definitely gets extra points for its originality, joining Into the Breach with its unique approach.

There are a few minor annoyances and mechanical interactions that do create some odd and frustrating tactical situations, but nothing that would significantly take away from the enjoyment of the game. Kaiju Wars is absolutely worth a spot in your library for any strategy fan, especially for fans of all things kaiju, monstrous, and wondrous. 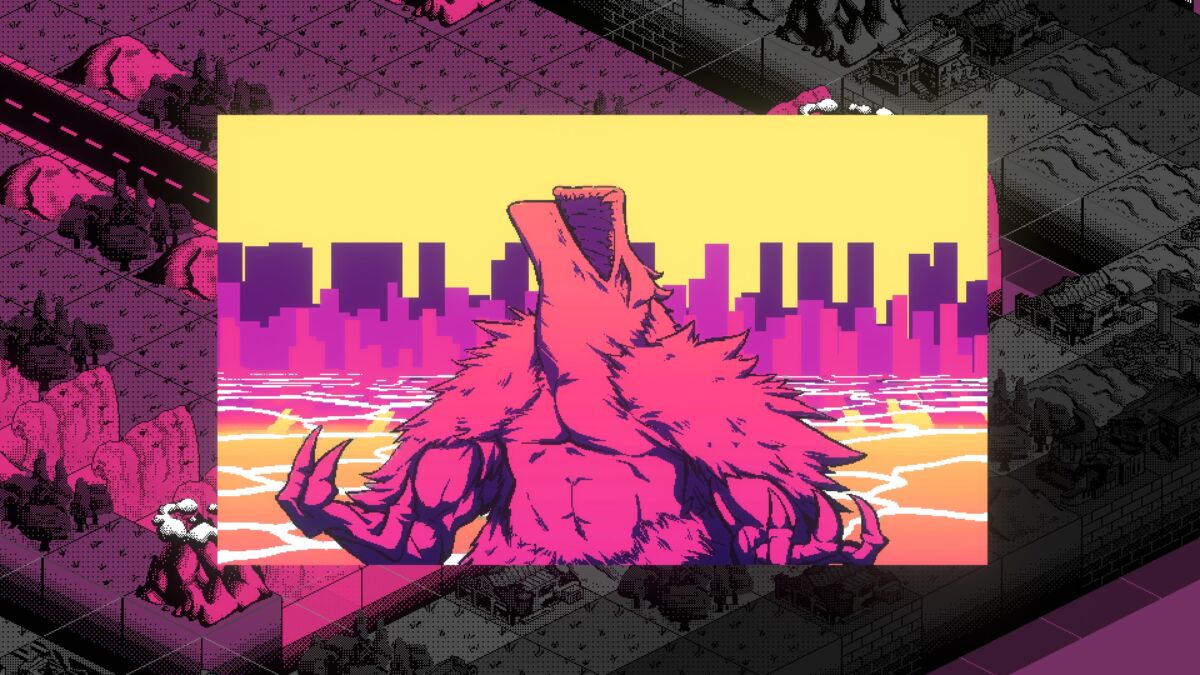 Verdict
Kaiju Wars stomps its way onto the strategy scene with its brilliant sense of style, distinct setting, and tight tactical gameplay.
8.5
Cultured Vultures is a pop culture website established in 2013 covering all things gaming, movies, and more. We eat your words.
All The News On The Biggest Games