From the opening shot, much of the film is ready to be turned into screensavers by neon loving film fans. 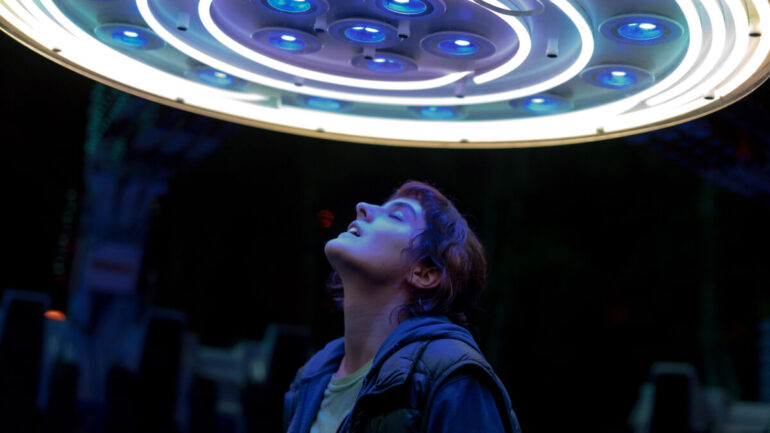 Jumbo likely could have coasted into cult favorite status over a few years simply as “the movie about the woman who falls in love with a tilt-a-whirl,” but Zoe Wittock’s feature debut turns this story into one of the most genuinely affecting romances of the year. From the start Wittock establishes herself as a gifted visual filmmaker. From the opening shot, much of the film is ready to be turned into screensavers by neon loving film fans, but the visual joys aren’t all that the film has to offer.

We are introduced to Jeanne (Noémie Merlant of Portrait of a Lady on Fire fame), a young woman of indiscernible age who lives at home with her mother (Emmanuelle Bercot), works at an amusement park as a night machine attendant, and seems to engage with inanimate objects in a tender way, while struggling with people. When a new, brightly lit, state of the art (at least to this outsider’s perspective) tilt-a-whirl called “Move It” is brought to the park, Jeanne immediately feels some sort of connection to the machine that she renames “Jumbo.”

But this isn’t just a one-sided relationship. When Jeanne is climbing on the machine one night and slips, Jumbo makes sure that she safely reaches the ground before revealing that he (Jeanne uses he/him for Jumbo so I’ll follow suit here) can communicate by lighting up different colors. We see their relationship evolve over the next few days or weeks (the timeline is not made clear), culminating in a sex scene that pushes the magical realism in the film to its farthest point.

It is remarkable that throughout this courtship the film never judges or laughs at Jeanne. We are firmly in her point of view, and the way that Wittock shoots Jeanne’s interactions with Jumbo makes us feel a real emotional connection between these characters, even if one is an object.

However, as with many human/non-human and same-sex romances, the story quickly shifts away from the relationship at its center to the obstacles the relationship must face. In the film, those obstacles come in the form of Jeanne’s mother who kicks her out of their home after Jeanne is honest with her about the relationship, and Jeanne’s boss Marc (Bastien Bouillon) who is romantically interested in Jeanne himself. Marc’s interest and her mother’s very strong support of Marc leads Jeanne to question whether she should be with a fellow human even if she’s not attracted to him.

These obstacles and the way they play out in the plot aren’t nearly as enjoyable to watch as the courtship, and they certainly hurt the pace, but they also make the story feel real. This story isn’t something fantastical, it’s something that real people experience, and the problems that arise in reaction to Jeanne’s feelings, or rather her honesty about those feelings, serve to ground Jumbo in our world, which makes it all the more affecting.

Jumbo’s great achievement is making the audience fully understand the emotional reality of someone who falls for an object, and bringing the magic of that romance to the audience through beautiful visuals. 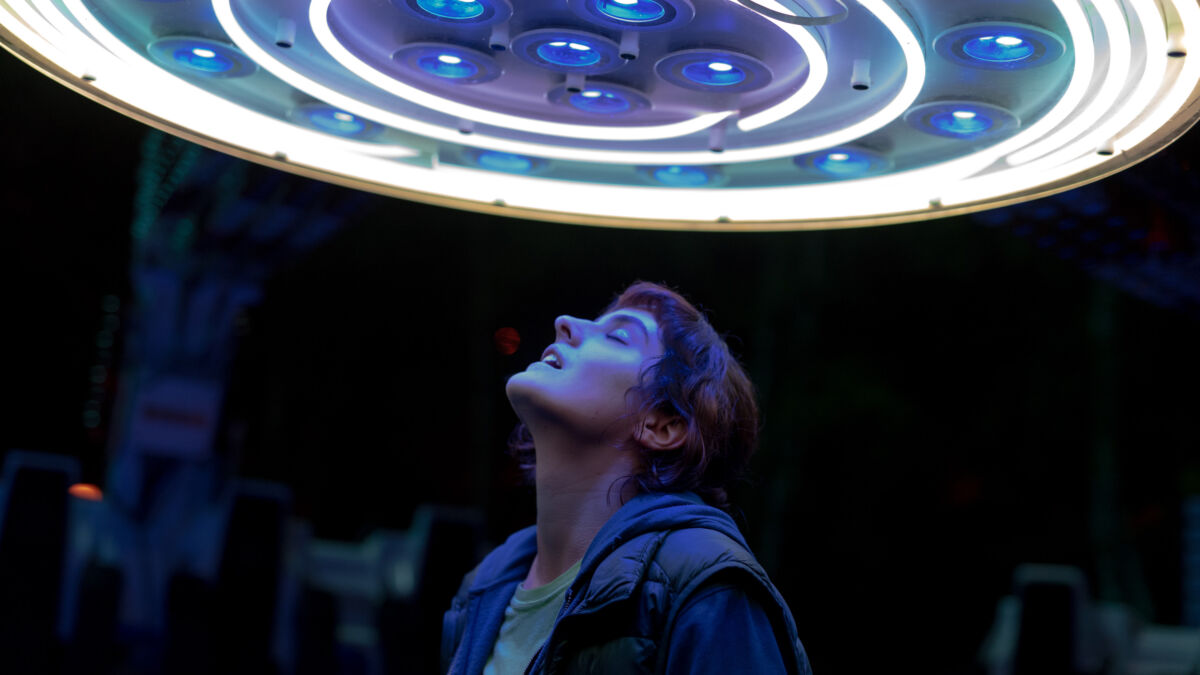 Verdict
Jumbo is a visually stunning, emotionally true romance that brings a new kind of love story to the screen.
7
Cultured Vultures is a pop culture website established in 2013 covering all things gaming, movies, and more. We eat your words.
All The News On The Biggest Games