"This is a farewell from the family, brother!" 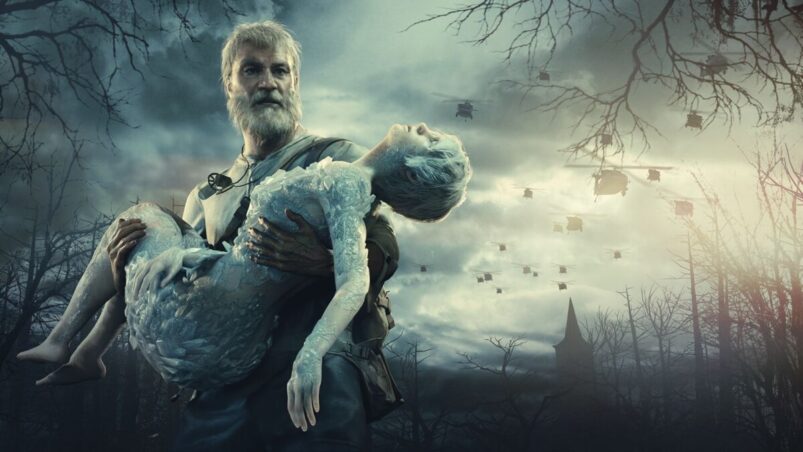 It took me forever to play just the main campaign of Resident Evil 7 (I even wrote about it), so it shouldn’t be a shock that it’s only taken me until now to experience the game’s brilliant DLC campaign, End of Zoe.

Somewhat of an epilogue to the events of the main game and free DLC Not A Hero, End of Zoe sees players take on the role of Joe Baker, Jack’s brother and absolute badass who’s searching for a cure for the virus that was created by Eveline. Without it, Zoe, who was canonically left behind by Ethan in the main game, would die. While only short, the brief time spent with Joe has convinced me that this character, and the gameplay he represents, is something Capcom should be doing more with.

Whether intentionally or otherwise, it feels like Capcom have created Resident Evil’s playable character equivalent of a living god. Compared to the virgin Ethan, who needs an entire armoury’s worth of weaponry to take on a few Molded, Joe comes across as an absolute Chad. Instead of guns, Joe’s running around the swamps, punching monsters to death because he’s the hardest lad that’s ever been depicted in the series.

In a series that features protagonists like Leon S. Kennedy, who conquered a zombie outbreak in his first day on the job, Chris Redfield, whose muscles are so big he once punched a boulder to death, and Jill Valentine, the world’s greatest locksmith, it’s Joe Baker that feels like the franchise’s most overpowered main character. Dude could probably decimate Albert Wesker in a fistfight, he’s that strong.

Again, maybe that’s a bit of whiplash because Resident Evil 7 as a whole is more of a tense, foreboding horror experience where you play as regular everyman Ethan, while End of Zoe is just a swamp dweller punching things until their heads fall off. Seriously, the guy Batista Bombs mutants like it’s going out of fashion. Joe Baker is just a Wyatt Family wrestler caught in the world of Resident Evil, and he’s doing the only thing he knows how to do: battering the piss out of some monsters. He even mentions clotheslining his own brother into the swamp when they were kids. That mid-boss fight Batista Bomb makes even more sense; Joe’s a bloody mark.

The DLC makes a point of establishing how much of a buff dude this Duck Dynasty-looking guy is. Joe was present around Dulvey, Louisiana during the years that Eveline appeared with the Baker family and began their slow descent into madness, but his solitary life meant he was able to remain unaffected. Instead of calling for help, the mad lad spent years roaming the swamps, battering Molded with nothing but his fists, which is just bonkers. Then again, within a minute of him being on screen, he knocks out two Blue Umbrella soldiers, kidnaps one and tortures him for the location of a cure for Zoe. This is before he then caves in the skulls of several Molded along the way. Maybe this is a man who doesn’t need help.

It’s a shame then that his story seemingly has come to an end. At the climax of the DLC, Joe vanquishes his brother with perhaps the most satisfying punch ever shown in gaming, cures Zoe and presumably retreats back to the swamps to murder some gators, turn twigs and chem fluid into a bomb, and live out the rest of his days in the quiet knowledge that he’s probably the baddest man on the planet. Never mind bioweapons, good ol’ lefty and righty are stronger than anything.

Realistically, there’s nothing left for Joe to do, no reason for him to venture outside of the swamp for a rousing edition of Joe Baker’s “Fightin’ Round The World”, but just because there’s no storyline reason, it doesn’t mean we can’t see him again, or at least the gameplay style he helped create. One potential avenue could be a bonus mode for Resident Evil Village, which would replace Ethan with Resident Evil’s own One Punch Man. Seeing Joe square up to the game’s hordes of Lycans and vampires would likely make for a hilarious addition to the game’s upcoming DLC plans, which Capcom have confirmed. Either that, or you add him to Smash Bros. Why not?

The Resident Evil series often trades in the ridiculous, but throughout all the nonsense that the series has conjured over the years (which has been mostly great, don’t get me wrong), the Joe Baker character feels like a genuine highlight. It would be a real shame if the character/gameplay style is just relegated to a footnote on an excellent horror game. Even if Capcom adds the AMG-78 weapon into RE Village, I’d be happy.

I just want to be able to Falcon Punch monsters, damn it.

READ MORE: 10 Games Like Resident Evil Village You Should Give A Hand To