The view is astounding, but the vehicle isn’t flight-safe. 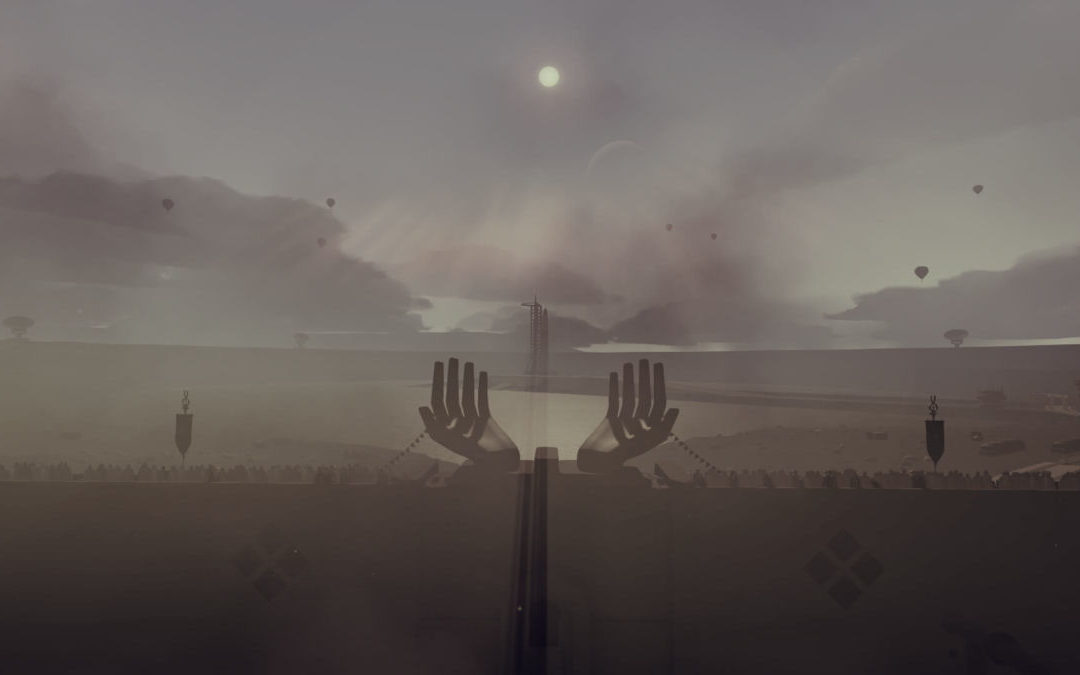 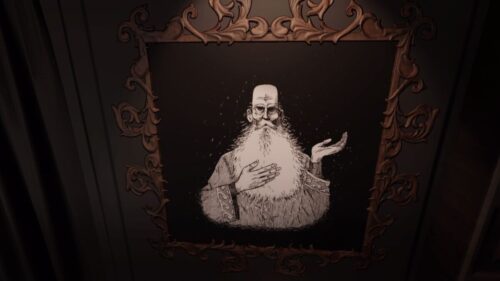 In most stories about space, it’s a fairly crowded scene: alien worlds tend to be teeming with life and technologically advanced, and even in stories like Alien that go out of their way to isolate their main characters in the vacuum of space, there’s a sense of structure and common vocabulary with the world we’re used to. Weyland-Utani is still a corporation, after all. JETT: The Far Shore, however, has a different atmosphere. This is a game about a truly alien world, and what it means to leave everything you knew behind, or if such a thing is even possible.

You play as Mei, an astronaut and “jett scout” who has been selected to take part in a cosmic expedition to find a new home planet for a people whose original world is on the brink of ruin. Your expedition is following a “Hymnwave,” a mysterious frequency that seems to be a prophesied signal to find your civilization’s new promised land.

This new planet is a strange one however, full of unique environments and organic life that can endanger your and your expeditioners’ efforts. As you explore this new world, you’ll get to know the other people on your mission, and learn more about each of their jobs and functions. These narrative beats are fantastic, and the way the script balances desperation and wide-eyed hope with the extremely meticulous process of emigrating to another world is a fine balancing-act that makes the narrative feel personal and resonant. It’s really intriguing when JETT lingers on real questions of how one prepares for brand new microbial diseases or determines what new surfaces are actually safe to step on.

Beyond the camaraderie of your teammates, the world itself is a fascinating space. The land is made up of trees, rivers, flatlands, and volcanic basins, to name a few biomes, each one rendered in strange jewel tones and unnatural hues to hammer home how far you are from anything familiar. The atmosphere of alienation is pervasive, but not oppressive. JETT succeeds in capturing the energy of an explorer: you’re a stranger, and you are in a very strange land.

While this story might have some elements that could be read as colonialist and not very self-aware, JETT does interrogate its own internal themes. The dubious authority your teammates have for wanting to colonize this world, as well as the folly of thinking a world that’s teeming with animal life is ‘uninhabited’ and up for grabs, all get questioned at one point or another, albeit in ways that are less about the characters understanding their place in the universe and more for you the player to grapple with the metaphor on display. These interstellar travelers couldn’t go home, true, but did they really need to stay here?

The soundtrack is also a delight. Every new tune is ethereal and moody. Artist Scntfc absolutely nails the feel of this massive planet full of the unknown without ever tipping too far into hokey horror or sci-fi B-movie silliness. It knows when to recede into the background, and when to surge forward for a memorable operatic set piece.

Unfortunately, when we move beyond the narrative atmosphere of JETT and get into the details of playing it, things go south.

For starters, you spend the majority of the game in the cockpit of a titular Jett, a small aircraft you use for scouting out the world. When you hit a groove on the jett, and you’re cutting through the air with well-timed boosts, it feels like an exhilarating ride. However, these moments are rare. Mostly, using the Jett involves struggling to make it turn the way you want to go, and dealing with the almost random way your vehicle reacts when it collides with obstacles in the environment. Sometimes you’ll bounce back, sometimes you’ll drop to the ground, and sometimes you’ll tailspin and shoot up like the whole planet is a trampoline.

Piloting the jett just never feels right. It’s constantly at risk of veering wildly, and its limited means of interacting with the environment (like a scanner and a grappling hook, available early in the game) offer fiddly functions that rely on arbitrary closeness with what you’re trying to target.

You’re not always inside the jett though, and unfortunately the brief sections where you walk around on foot aren’t much better. Mei is slow and plodding, and also sort of uneven, like she’s lopsided. Maybe this is meant to show how strange it is to walk on another planet’s gravity, but more than likely it’s not. These frequent ambulatory segments offer the most chances to get to know your fellow characters, so it’s a shame that they’re hampered by dodgy movement mechanics.

Everything in JETT: The Far Shore adds up to an uneven experience. As I cruised through each of the game’s story chapters, which helpfully tell you how long each one runs, I was eager for the next bit of worldbuilding or the next environment to see how the planet’s unknown ecosystem would surprise me next. I was also dreading the next technical hiccup I’d have to overcome to get there. Experiencing JETT ended up feeling like reading an old paperback sci-fi novel that fans of the genre call a classic: full of brilliant ideas at the end, but getting there is mired in an awful lot of clunky chapters.

A copy of JETT: The Far Shore was provided by PR for the purposes of this review. 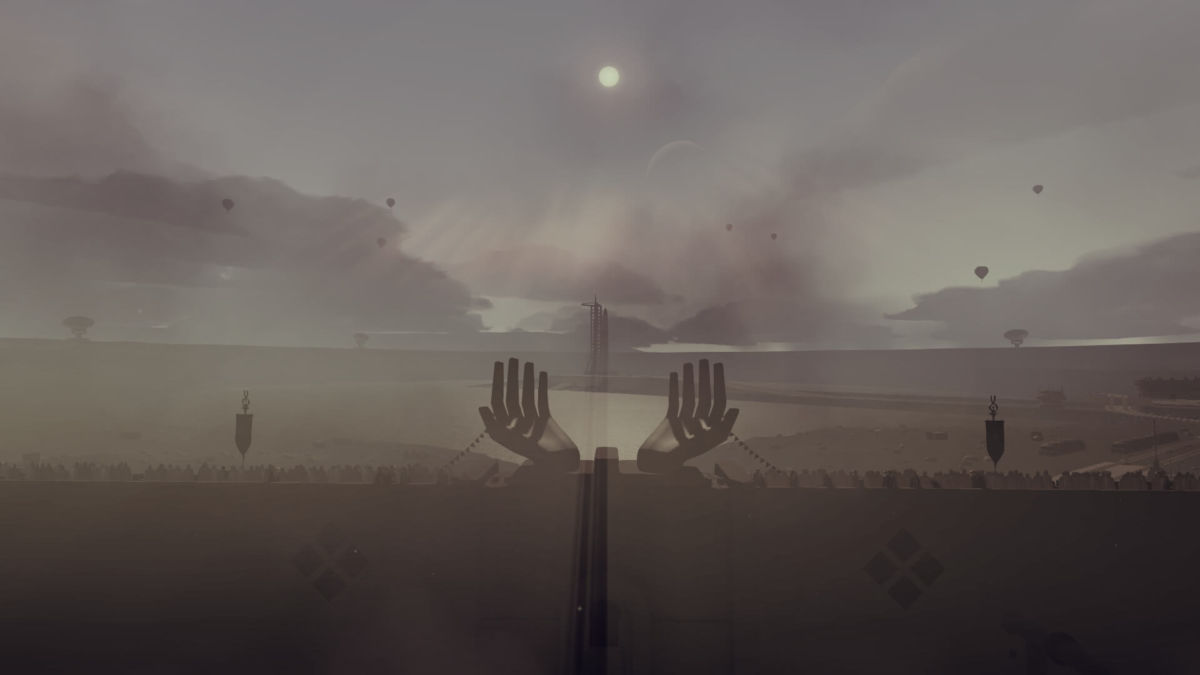 Verdict
JETT: The Far Shore has admirable ambition in its narrative that its mechanics can’t match. This planet might be a nice place for a visit, but you likely won’t want to live there.
5.5
Cultured Vultures is a pop culture website established in 2013 covering all things gaming, movies, and more. We eat your words.
All The News On The Biggest Games