Is A Heel Kenny Omega The Hero AEW Needs?

The one winged angel screams.

This past weekend, at AEW’s flagship PPV event All Out, Kenny Omega teased a heel turn in his near future after dropping the AEW Tag Team Championships to FTR and leaving his partner, ‘Hangman’ Adam Page, abandoned in the ring. A frustrated Omega immediately left the arena and refused to be calmed down by his Elite pals in the Young Bucks.

Tensions have been brewing between ‘The Hangman’ and the rest of the Elite for several months now; many fans assuming that Page would eventually betray Omega and leave his former friends high and dry for a cool beer in the sun. It seems expectations are being subverted, with Omega being the driving force of the forming rift. Even though I’m sure a heel ‘Hangman’ wouldn’t have been the worst career move for Adam Page, I personally believe the renewed fury and arrogance of ‘The Cleaner’ is exactly what AEW needs to continue to thrive following All Out.

During Kenny’s rise to prominence as part of NJPW, he played the cocky gaijin to perfection, letting his character shine through with his relentless in-ring style and stiff striking ability. It wasn’t long before the leader of the Bullet Club evolved into a plucky babyface that finally climbed to the top of the mountain, capturing the IWGP Heavyweight Championship from his bitter rival, Kazuchika Okada. It was a natural transition for him to make, what with him becoming a huge draw for the international audience and the reason a lot of wrestling fans started taking notice of the indie scene.

Since returning to the United States and forming AEW with the rest of the Elite, Omega has remained one of the top babyfaces on the roster, butting heads with opposing heels: Chris Jericho, Jon Moxley and PAC. This was definitely the right role for him during AEW’s infancy, helping establish some of the key players on the roster while keeping himself relevant in a time where there’s a lot of talent trying to get over. 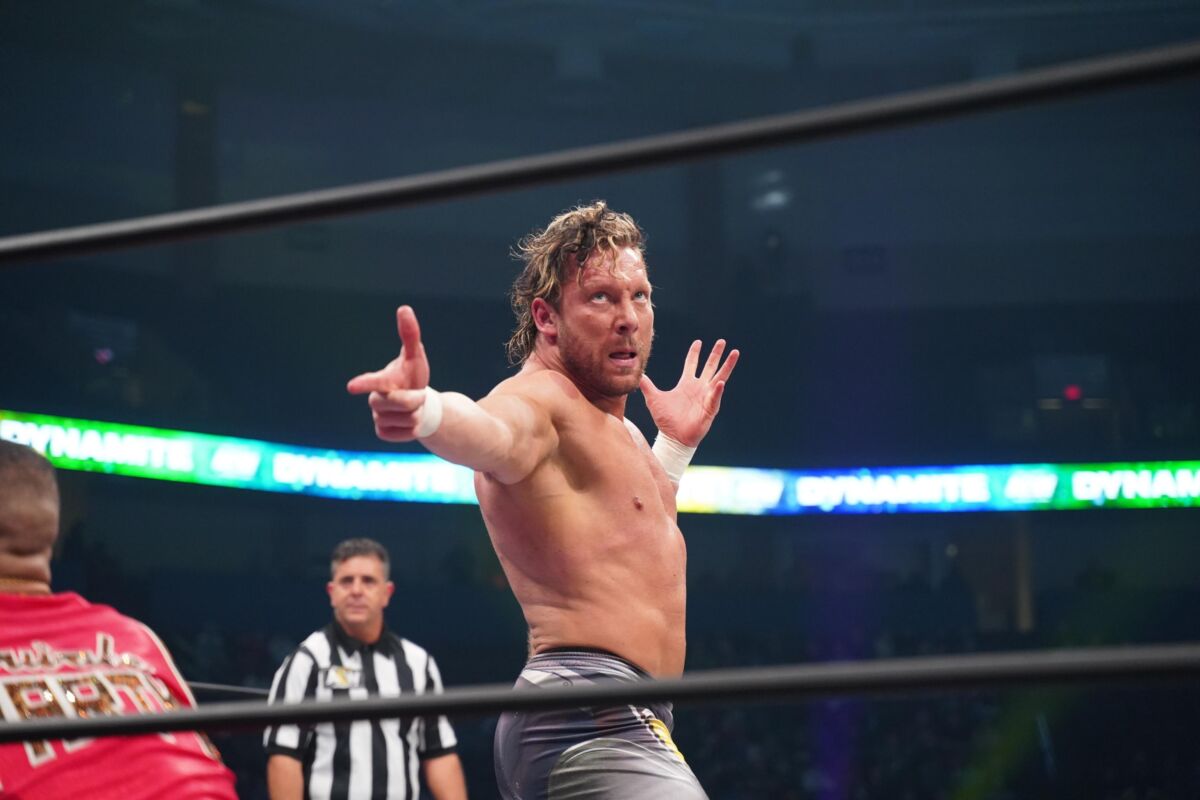 It came as a shock that Kenny never stepped up to the AEW title picture and instead focused his efforts into the Tag title picture alongside Adam Page, but in doing so, Omega became a consistent highlight of both Dynamite and AEW pay-per-views. Their match with the Young Bucks is still considered one of the best matches, if not the best, of the year, plus his and Page’s title matches with the likes of Best Friends and Private Party were also solid performances.

But the time finally came for them to drop the Tag titles, after holding it for the best part of a year. FTR were definitely the right team to succeed Omega and Page, laying the seeds for a fantastic heel run for Omega going forward. Now that he’s fulfilled his duty of putting a few newcomers over and establishing a who’s who of AEW heels, he should now begin to focus on his own star power and making himself the most talked about guy outside of WWE once more.

A heel Omega taking on the valiant Cowboy would be a great start to his renewed character, perhaps leaving the Bucks behind who refuse to follow his lead in after failing to mend relations between the former partners. Omega would then strike out on his own, slaying various singles competitors throughout the mid-card and climb the ranks back into championship competition.

Whether Jon Moxley still holds onto the AEW Championship by the time Omega gets there or not is a different story, but if he and Omega were to clash again with the roles reversed, I imagine we’ll once again witness some incredible matches. In the meantime, he can compete in some ridiculously fun matches against the many AEW babyfaces that are looking for their time in the spotlight. It’s a given that Omega can get a top quality wrestling match out of just about anyone, even in defeat, a performer can look like the next big thing just for sharing a ring with Omega on his best day.

Quite frankly, AEW needs to see a villainous Kenny Omega step out of the shadows. Whether that’s to shake things up in the main event scene or just to restore some of Omega’s former standing in the wrestling world. Fans have wanted to see Omega become the guy of an American wrestling promotion for years, now’s the time for him to become that attraction in AEW and take his legend to the next step.