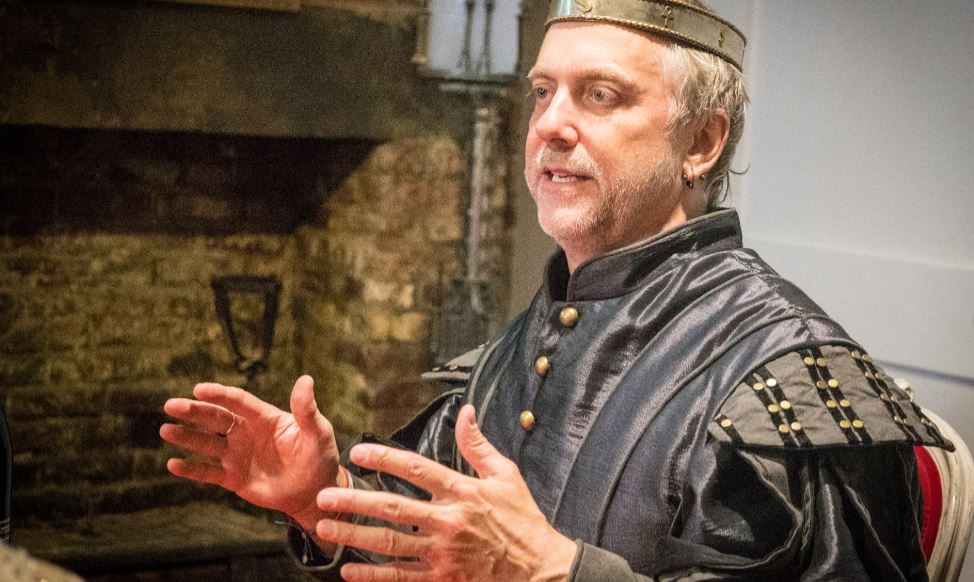 I’m an RPG player. There, I’ve said it. I play RPGs almost exclusively, from ‘Nethack’ to ‘Dark Souls’, with ‘Wizardry’ and ‘Dungeon Keeper’ in the middle. But the games that shaped my childhood love of roleplay were Richard Garriott’s ‘Ultima’ series. From humble roots as ‘Akalabeth’, a dungeon crawler which had you hunting creatures from gremlins to the Balrog, the series went from strength to strength, until it was bought by everyone’s favourite arch nemesis, EA.

I was lucky enough to be able to catch up with Richard ‘Lord British’ Garriott, and ask him a few questions. And he was polite enough to reply.

‘Ultima’ shaped my gaming life. How did you come up with the curious combination of ideas that made up ‘Akalabeth’ and then ‘Ultima 1’?
Akalabeth had prequels of a sort, I wrote 28 “DND” games for myself before I wrote Akalabeth also with no intention of “publishing”. It was my first real job at a computer store, where the owner advised I “publish” the game, that got me started. It was so successful, despite not being written for others to play, that I knew I could make a “real game” with the intent of making it good enough for others, and I could do much better, thus began the Ultima Series.

I love the way ‘Ultima 5’ questions the series to that point, turning the virtues into a terrifying corruption of themselves – do you feel that modern games are too quick to pigeonhole everyone into ‘good vs. evil’ using binary choices, rather than a scale?
Absolutely! I got tired of the simple gameplay pretty fast. While my 1st few games had rather simple plots, I have enjoyed striving for “more” through the rest of my career. 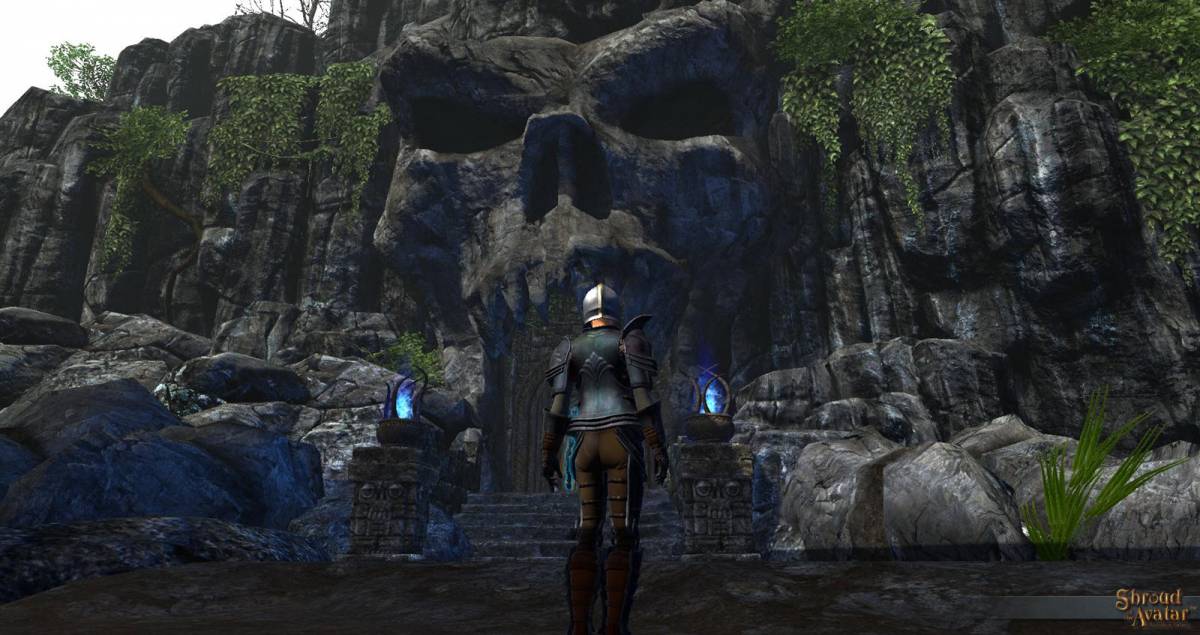 Do you have any regrets about the way the ‘Ultima’ series progressed?
Sure. But not many. Examples would be: Ultima VIII was cut deeply in order to rush it out, Tabula Rasa had numerous restarts as we tried to make our Korean bosses happy and so likewise was shipped rough. But on the whole, I have been pretty happy with all my games.

With the return of Lord British in ‘Shroud of the Avatar’, do you feel you’ve regained creative control?
Absolutely! Note in the two disappointments noted above, that both were the games I started immediately after my companies were bought by another company, thus I had new bosses to please outside myself. In both cases, I was not TOLD what to do, but did get some pressure and agreed to new ideas and others’ processes, or goals that were not my own. I cannot blame them, but it was my mistake to deviate from what I believed was right for my games.

Do you feel that ‘episodic content’ is the way forward for gaming, so that a game can continue to evolve as it is played, or would you prefer to release a game as a standalone package that has all of its content in the box?
For online games, episodic is great! But for pure solo play games shipping once with minor patches to fix bugs only is likely the best. 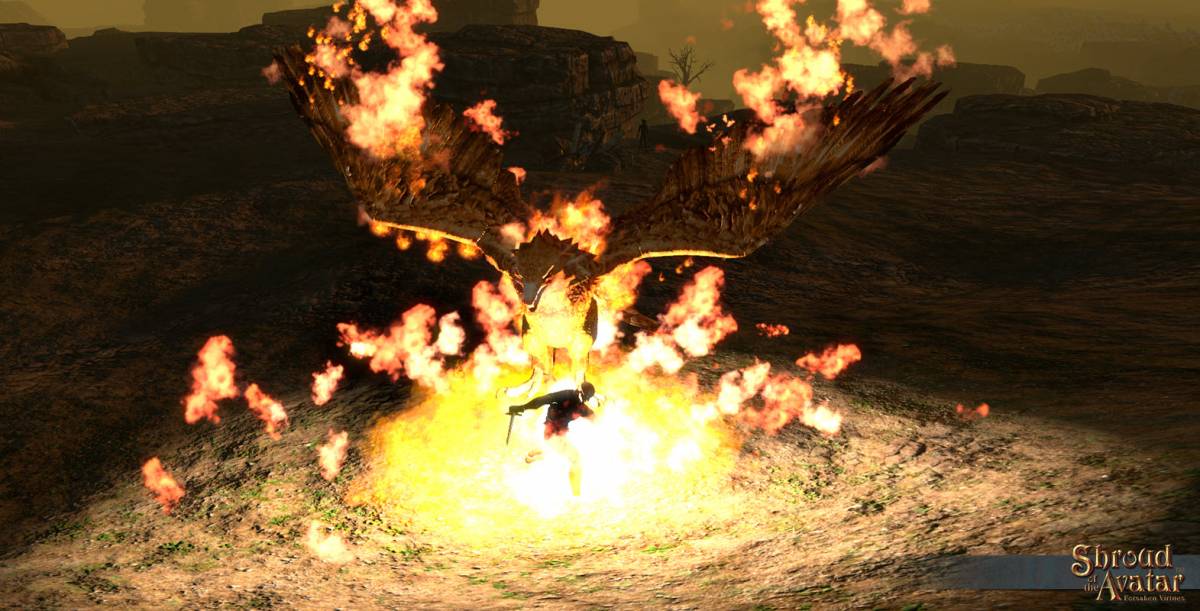 There are many players who are not a fan of ‘multiplayer only’ games – I was hugely turned off by ‘Titanfall’, for example. Does ‘Shroud of the Avatar’ have a full single-player experience, for those of us who are terrified of human contact?
Absolutely! In fact, I have been playing purely solo player offline for the last two months. This allows me to have a party of friends and hirelings as I play. For people who will play ENTIRELY offline, I would wait to join the game when it is done. At the moment, the solo player mode is too rough for “early access” play.

What do you feel makes ‘Shroud of the Avatar’ stand out in the sea of MMORPGs that exists these days?
I am highly critical of the state of the art for MMO’s. Far too many have been built in the mold of WOW, which is a great game, but now everyone has the same features, and I think many of those features are bad for serious gamers. 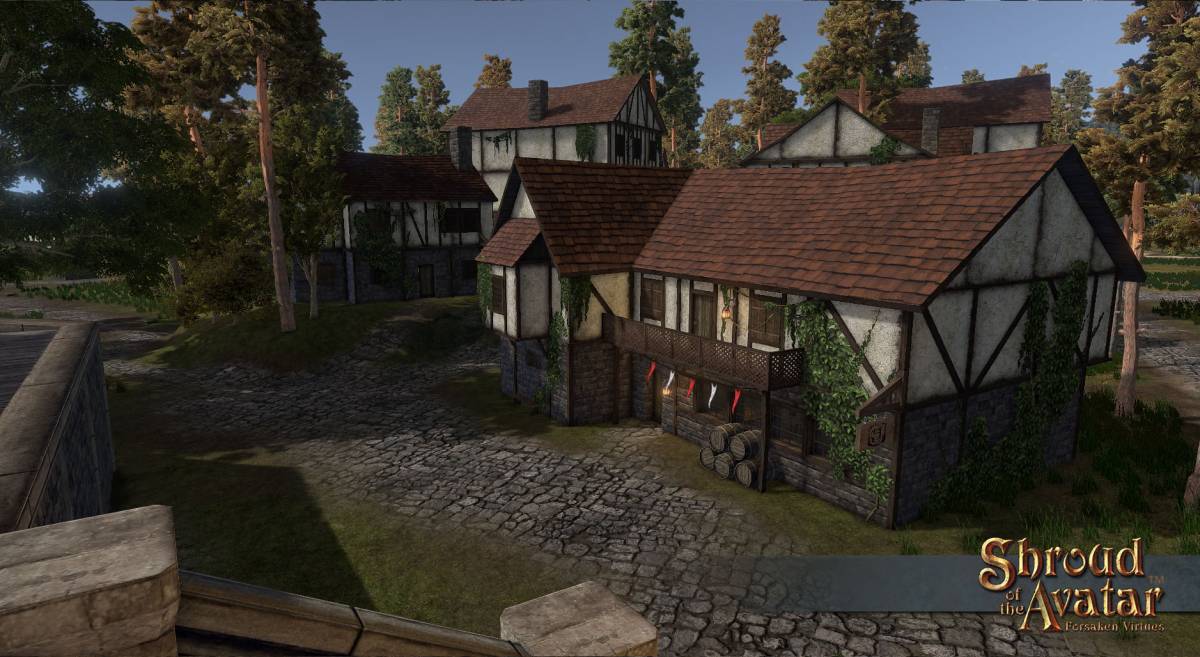 For example some modern solutions to problems from “back in the old days”, while well intentioned and individually great, have added up to the following: Launch new MMO, spend an hour creating your character before playing and knowing if the game is good, drop into world, see the standard shops around you, get level 1 gear, click on “!” to get level 1 quest by just clicking on all the non-stupid stuff to say, click on level 1 quest in quest log, see arrow on ground that points to level 1 creatures, exit level 1 town to fight level 1 monsters, collect level 1 gold/pelts to return to level 1 quest giver. Repeat as you gain levels.

The quest logs, arrows on maps and overhead “!”s, all fixed real problems of old games that had become too obtuse and hard for the masses. But the result is just “follow the arrows” and not much real thinking involved in my mind.

Shroud of the Avatar attempts novel solutions that require the player to still think, read, examine; to remember what and why they are playing the game. We try to involve them more deeply in the trials and tribulations of the characters they interact with. We believe we have crafted a uniquely engaging game that blends MMO-like features with story based solo play experiences as well.

Do you feel like crowdsourcing is the way forward for innovators within gaming, since it’s difficult to finance a new IP?
It’s at least a new option. As you note, most big publishers are adverse to “new ideas” or new IP. But crowd funding as also hard unless you are a known developer revitalizing games you are known for. Startups still have a hard time of it.

What’re you playing, if anything, at the moment?
Most recently I have been a hardcore (level 27) Pokemon Go player!

Do you have any indie game recommendations for our readers?
My favourite recent indie game has been “Monument Valley”, but I also have really enjoyed “A Dark Room” and “LIMBO”. I finished the first two, but LIMBO got too hard for me sadly.

And finally, would you rather be able to fly, but only at the speed you can walk; or have super speed, but with your current fitness and reaction times?
FLY unquestionably! Speed would not be important to me. I’d love to hang out in the clouds.

Shroud of the Avatar is available now in early access at www.shroudoftheavatar.com.

All images provided by the developer