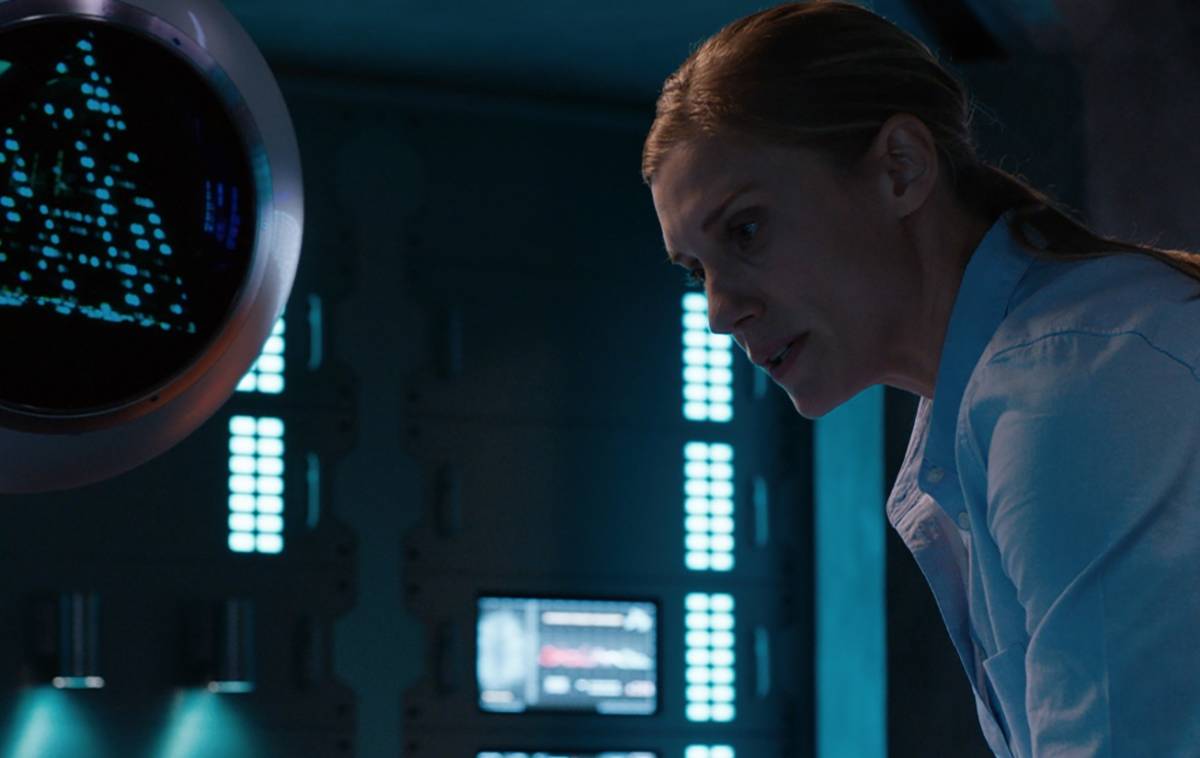 Thank you for joining Cultured Vultures today. How are things treating you?
Great! How are you?

You’re appearing in the upcoming film, 2036 Origin Unknown, as Mackenzie “Mack” Wilson. What was it about the script that drew you to take on this particular role?
What I loved about the script was that the first time I read it, it was one thing to me. I subsequently read it 4-5 more times before I spoke to the director. It took me that many times to see the nuanced meaning because it was just so intricate and so smart. I was really intrigued by that. It reminded me of The Fountain and sort of how something seems to be one thing and it’s something completely different, which I love.

Is there something that you find so appealing about taking on sci-fi projects?
It’s a genre that I love. I grew up watching science fiction and action movies with my dad. They’re the movies that I enjoy watching. Selfishly, I think that’s part of why I have such an affinity for taking roles in these movies because I know that as a viewer, those are things that I enjoy watching.

It was announced in late April that you would be starring in Another Life on Netflix. What can you tell us about your role on the series?
I play a character named Nico Breckinridge, who is the commander of a small band of people, basically, that are sent into space to find the origin of a signal that is connected to an artifact that has shown up on Earth. I’m on the ship. There’s two storylines happening at the same time and it’s sort of—if there’s life out there, are they friendly? If they’re friendly, do we deserve it? A lot of deeper meaning questions very similar to Origin in that sense.

There’s also the big legacy with having appeared on Battlestar.
For sure. Battlestar was definitely the thing that got me into the world. The show is bigger now than it was when it was on the air.

What has it been like with fans at conventions?
I love the fans. I grew up and got my start in theater. The one thing that’s hard in this business is you don’t get that instant gratification of having that interaction with your fans to see if they liked it or not and what their thoughts were. What I like about the convention circuit is that it is the opportunity on an even playing field to have a conversation with your fans and what they like about it.

Have you made any appearances in Chicago lately?
No. I was in Chicago four years ago and that was the last time I was there. I think I was there for a convention.

In general, what is it that you look at when considering what projects to take on?
Projects that make me think—that have a deeper sort of ethical questions and make me sort of like ponder life choices. Things like that. Then I look for projects that are something that I would like to watch and who’s involved and who I would get the opportunity to work with, and if it’s something that I haven’t done before. While I am in a lot of science fiction projects—to me, the characters are all different. They have similarities, of course, but they are different. That’s what I look for. I look for a growth — like my character Nico from Another Life has growth of character and my character Mack in this one — whether or not she actually finds that growth, I don’t know. She’s an interesting person because she sort of the protagonist and antagonist in a sense.

Thank you again for your time and congrats on the film.
Absolutely! Thank you so very much!