We talked to the writer and director about his edgy new indie comedy, which is narrated by Cedric the Entertainer. 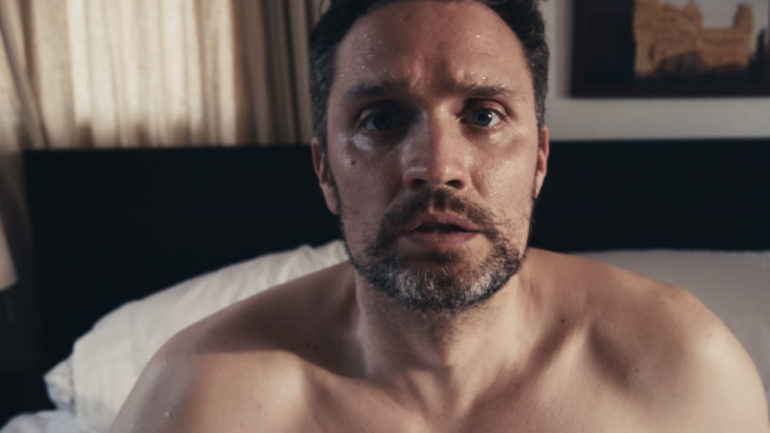 The indie comedy film Poor Greg Drowning recently premiered to a positive response at the Mammoth Film Festival in Mammoth Lakes, California. Following on from the premiere, the film’s writer and director, Jeffrey Scott Collins got in touch with us to talk about his edgy new comedy drama. We discussed everything from how he came up with the idea for Poor Greg Drowning, to how Cedric the Entertainer came to be involved.

We’ve included the full transcript of the interview below, and if you’d like to know more about Poor Greg Drowning, we also recommend checking out our review.

Hi Jeff, it’s great to meet you. Thanks for getting in touch.
Great to meet you too, man. I’m so glad you liked the film. We just had our screening at the Mammoth Film Festival, and it was a blast.

Awesome. I enjoyed the film, so I was wondering if you could explain how it all came about?
Absolutely. In 2015 I was working with John Hamburg, and I saw Mark Duplass’ inspirational speech at SXSW where he said that there is no reason you shouldn’t be shooting every weekend on your iPhone. And I said, “Damn it Mark, you are right”. It had been three years since I wrote and directed my last short film, “10 Years Later”, and in that time I had been writing and developing features and working with established directors on their films, but it had been a while since I directed something of my own.

So that night, I wrote a 5 minute short film called, “Glimpses of Greg”, and we shot it that Saturday in two hours for $25 (the cost of pizza for everyone, shout out to Rocco’s in West Hollywood!). The film was accepted to several great festivals, but I knew there was so much more of Greg’s story to tell. So, I wrote a feature script called, “Poor Greg Drowning”, and used the short film as the first scene of the movie (we ended up using about 3 mins of the 5 minute short). We shot on the weekends for a year whenever we could while I was assisting Hamburg on his Fox feature, “Why Him?”, and then we received financing to finish the film.  And I couldn’t be happier with how it all turned out.

Could you tell us what inspired the film and what makes it unique from others in this genre?
In terms of bigger themes, “Poor Greg Drowning” is a grounded edgy comedy about heartache, loss, depression, friendship, family, and love addiction. It’s about picking oneself up from rock bottom with the help of those closest to them. It explores looking in the mirror, and learning to forgive those that have hurt you, and acknowledging and taking responsibility for your own actions.

I think what makes the film so unique is that it has elements of a real comedy (grounded awkward comedy that was inspired by the three great comedy directors that I worked for, Victor Levin, Luke Greenfield, and John Hamburg), but also has the heart and character of a true indie film. The struggles that the main character, Greg, goes through with love addiction are surprisingly untapped in comedies and romantic comedies like this. We are hoping that this film will bring awareness to this addiction in a clever and entertaining way. The film was also inspired by a very challenging time that I went through right after I graduated college. This inspired the heartache and depression that Greg experiences in the film.

Can you talk about the casting?
The film was kind of organically casted by Graham Sibley and myself. We simply reached out to people we knew that we thought would be great for the roles. Our incredible female lead, Marguerite Insolia, sent a self tape for the role of Peyton after we met for a general meeting. We hadn’t found the right actress for the role yet, and when I was telling her about the project, she offered to put herself on tape. The second Graham and I saw the tape, we knew that we had found our Peyton. And my friend, Emily Schwebber, who is a fantastic casting director in Los Angeles, recommended Ajay Mehta for the role of Dr. Naik, and he is wonderful in the film. We were very fortunate to have such a talented and generous cast. 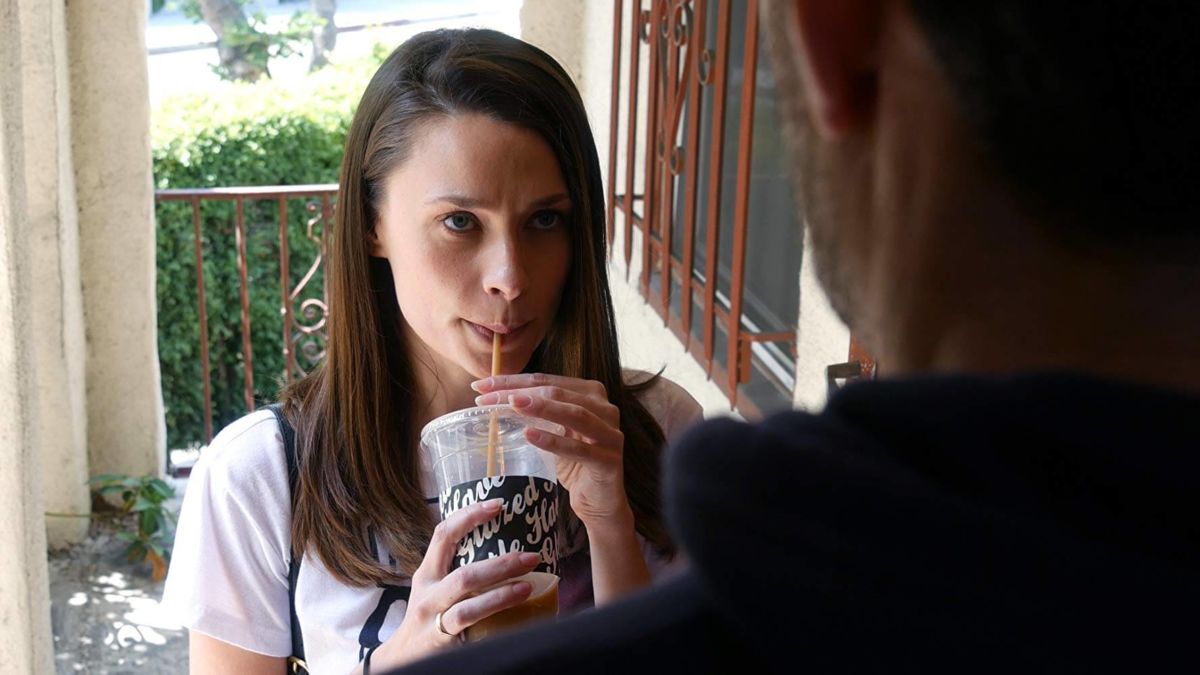 Was there any significance to Greg originally being from New York instead of being a native to California?
Yeah, because I’m from upstate New York, so it just personalized it a bit for me. And the character Paul, who is brilliantly played by Jeremy Luke, was inspired by my best friend, Pete, from back home. He will now ask for a back end point after reading this. Shit (laughs).

And how did Cedric the Entertainer come to be involved?
I worked with Cedric the Entertainer on “Why Him?”, and we built a great relationship, and after we wrapped production, I sent him a feature script of mine which he liked and is now attached to. Then, while we were screening “Poor Greg Drowning” at festivals, we decided that we wanted to incorporate animations that play throughout the film and have a narrator help tell the story. I immediately thought of Cedric and reached out to him about it, and he was game. And we are thrilled that he came on board because he is hilarious in the film, as per usual, and really ties the story together nicely. He is also an executive producer on the project.

Can you talk about the animated sequences?
Well, when the project was initially a short film, I created an animated stick figure of Greg for the title card. So when the project became a feature, we hired a very talented animator, Steven Kamakanda, who created an amazing animated credit sequence for the film (his animation skills were just a tad bit better than mine…) (laughs).

Originally we were only going to have animation for the opening sequence, with narration playing over typed out transitional cards (to portray the fact that Greg is an aspiring writer), but we later decided to replace the cards with animations. Cedric’s voice over Steve’s animations was a win win.

I also noticed during the scenes in the doctor’s office, there was a picture of a toilet on display. I need to ask about this.
(laughs) Good catch. That was already hanging in the office that we shot in. It was someone’s office who I used to work for. They shall remain nameless. But I’ll get you his number after this interview so you can contact him for further explanation… (laughs).

I noticed posters for Let’s be Cops were also displayed throughout the film, can you explain why?
Yeah, I worked on “Let’s Be Cops” as an executive director assistant to writer/director, Luke Greenfield. It was a great experience, and it taught me a lot about comedy, so I included the poster in the film. Luke is now one of my best friends and we play far too much tennis. I’m not keeping track of our win loss record at all, but I’m up on him 250 sets to 26. But again, who’s counting?

There was also a painting of Venice, which the main character thinks is a painting of Budapest.
(laughs)That was ad-libbed and may be my favorite moment in the film. It was hanging on the wall in the room where we were shooting and Graham just saw it and improvised off of it. He and Marguerite are brilliant at improvisation, especially together, which clearly shows in the movie.

Can you describe the soundtrack?
Nicole Churchill, our music supervisor, owns a company called Assemble Sound in Detroit, and she has an incredible library of music and roster of artists. They record out of a church I believe. In comedies, it’s tricky balancing when to use music and when not too, as you never want to slap music on top of dialogue and scenes that don’t need it. This film has a lot of awkward moments and pauses, and sometimes silence is more effective to drive the comedy home.

So we only used songs where it drove the emotion in the scenes, and Nicole found the perfect songs for those instances. She has a great ear for music. And Gary Lionelli, our extremely talented Emmy award winning composer who also scored my short film, “10 Years Later”, added the finishing touches where score also drove the emotion nicely. 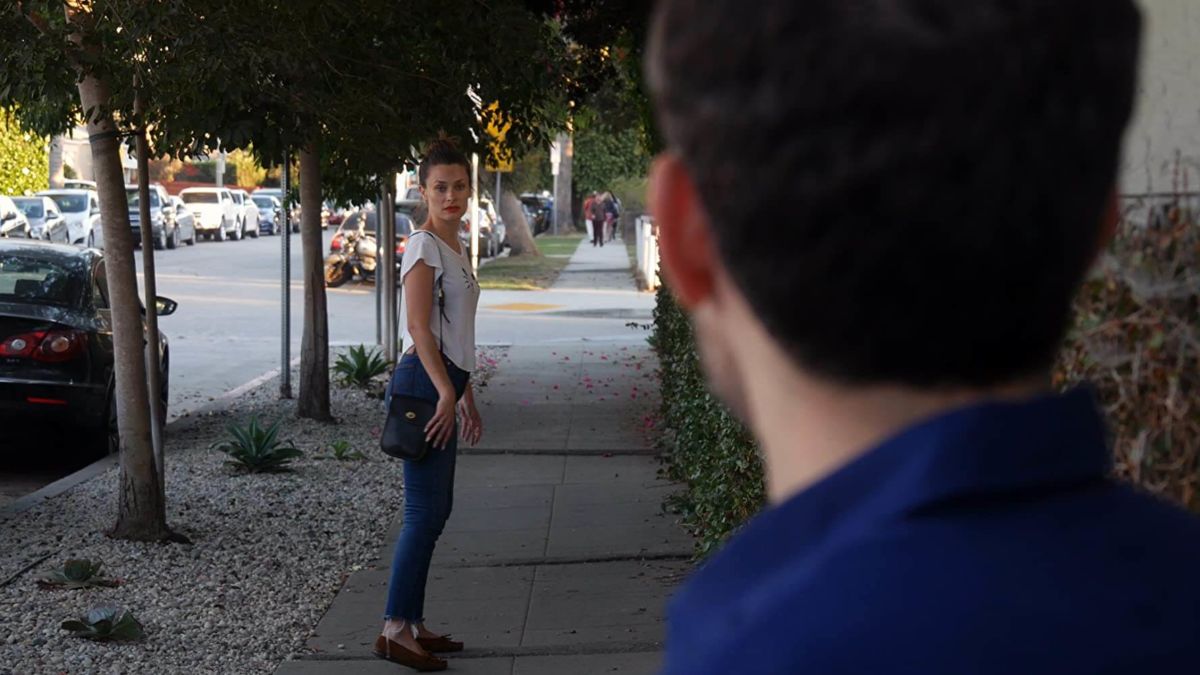 And I also wanted to ask about the R rating, as this is something which has prominently been mentioned in the press materials. Why did you feel it was important for the film to be rated R?
Thanks. I think it just fits my style of comedy as I like to be slightly edgy and grounded with my dialogue, as that’s how a lot of people I know talk in real life. I’m not sure what that says about me. But I mean, who doesn’t like swearing every now and then? Know what I fucking mean? (laughs).

How did the screening go down?
It went down very well! We had a great turn out, and everyone seemed to really enjoy the film. We actually received another distribution offer shortly after the screening. I’m glad people reacted so positively to the film.