Inscryption: How To Beat Leshy 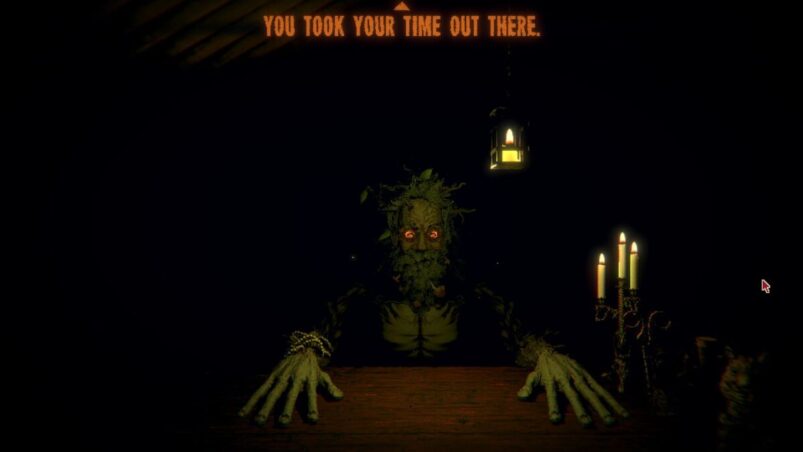 Reaching the final boss in Inscryption will reveal to the player who they’ve been playing with all this time – Leshy, a spirit and shepherd of nature. They also happen to have the toughest boss battle to prevent you from escaping the cabin. It’s best to be really prepared for this one.

Here’s everything you need to know about the Leshy boss in Inscryption.

Leshy may be a mysterious and creepy adversary, but they aren’t necessarily cruel. As the player approaches the cabin, they’ll be offered two tests that have powerful game altering boons as rewards upon success. If you have the ring from the first stage of the clock puzzle (see clock guide), you will automatically succeed one test and guarantee at least one boon.

Unlike the previous three bosses, to defeat Leshy, the player must pass through three stages. The first two are similar in that Leshy will sequentially take the role of one of the bosses for one turn. This will make sure players stay on their toes and apply everything they learned from the previous bosses.

As the player does battle with Leshy, an ominous purple moon will light the battlefield. For the final stage, Leshy will quite literally throw the moon at you as a big combat card, which has to be taken down.

The unique feature of the moon, aside from taking up all four card slots, is that any small creature, like squirrels and bees will be sucked up into the moon’s orbit and will be unavailable for the rest of the stage.

If the player took care of their hand and developed their board presence with stronger creatures they got from adventuring, they should be in good shape.

The Leshy final encounter is quite the engaging card battle with shifting rules affecting the board from turn to turn. It also may seem that defeating Leshy will solve all of the player’s problems and let them escape their dark cabin prison. Little do they know, this is only just the beginning.

READ NEXT: Inscryption: How To Beat the Trapper and Trader