6 Indie Authors You Need to Read

The internet’s made it easier than ever to find new authors to read outside of major publishers. In fact, there are so many out there worth reading, it can be difficult to know where to start. Despite the problems the internet and ebooks can present for the publishing industry, there’s never been a better time for readers. It’s also easier for authors to find their niche with the downside they have to do much of their own promotion.

In my reviews, I try to focus on independent authors. Of course, I can’t get to them all. So here are six indie authors I recommend picking up. 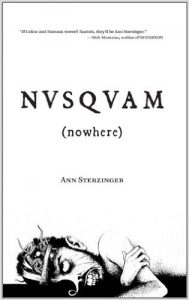 , and The Talkative Corpse

, in addition to being the first English translator of Octave Mirbeau’s In the Sky. Sterzinger writes sad and hilarious tales of losers in modern society.

NVSQVAM (nowhere), for example, is the story of a former singer of a punk band forced to give up his dream when he’s fired from his band and knocks up his girlfriend. He takes a job in academia he hates in a podunk town to support his family. From the rubes you see in Walmart to the intelligentsia in their ivory towers, Sterzinger shows no mercy to every level of contemporary America.

If you need a good laugh at all the bullshit you see around you, look to Sterzinger.

As his pseudonym implies, sexual perversion is the order of the day with his books. I previously reviewed his latest novel Post-Depravity.

His most well-known book is probably his short story collection, Necrophilia Variations

Despite the title, not all the stories in Necrophilia Variations deal directly with sex with dead bodies. They all, however, deal with the intersection between sex and death, a vein mined in the past by authors like the Marquis de Sade and Georges Bataille. The stories vary between humorous, disgusting, depressing, and beautiful.

He’s not a writer for everyone, but in my opinion he’s one of the best transgressive authors working today.

Bingham is a new author who so far has only released one short story collection and a novella as part of a collaborative book.

Down Where the Devil Don’t Go

is a collection of satirical stories dealing with people digging for meaning in the cultural wreckage of modern America. According to Bingham, the stories had originally been written back during the Bush administration years. The stories remain frighteningly relevant today.

His novella, Save the Last Bullet for Me

, was half of a collaboration called Black House Rocked. Jackson Neill gets himself hired as a hitman after being falsely accused of molesting some children. He wants to go down for something he knows he’s guilty of. A dark and satirical adventure story that brings to mind both Cormac McCarthy and William S Burroughs.

His work is funny, depressing, and exciting. I hope to see more from him soon.

Also writing under the name Emril Krestle, Sadjak is the other half of the Black House Rocked book mentioned above. His contribution was a short story called Twilights.

Twilights is a moody tale of a vampire named Salvatore who was once a knight. A surreal piece that reminds one more of The Songs of Maldoror than any other vampire story, it shows his great potential as a writer of prose. However, Sadjak’s other works are poetry chapbooks. This isn’t too surprising as Twilights reads more like a prose poem than a narrative piece.

His collections of poetry show the same command of language that he showed in Twilights. His newest, Black Sun Over Green Mountain

, is his most minimalist. Sparse meditations on religion and society. 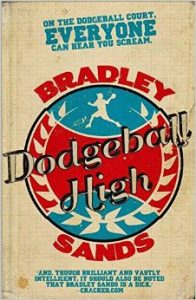 Sands has been part of the “Bizarro” scene since practically the beginning. His novels and short stories are completely absurd and absolutely hilarious. He’s the kind of author you probably don’t want to read in public, unless you want people wondering what the fuck the asshole with the book is giggling at.

His last novel from 2014, Dodgeball High, is a parody of teen sports movies. It’s about a teenager who transfers to a new high school where all the classes are dedicated to dodgeball. The premise is probably the most sane thing about this nutty book. The imagination on display is as great as the humor.

Bradley Sands is the author to read if you’re looking for a book guaranteed to make you laugh.

LoPresti is a poet and a photographer with several chapbooks under his belt. Both his photography and his writing is full of striking images that are as beautiful as they are ugly.

, is a collection of surreal poetry about death, sex, madness, and blasphemy. He has a way of evoking each one of the senses with his words.

Poetry isn’t for everyone, especially poetry like this, but LoPresti is well worth reading for people who seek out transgressive literature.