I Want To Be Human (PS4) REVIEW -“Requires Some Serious Polish” 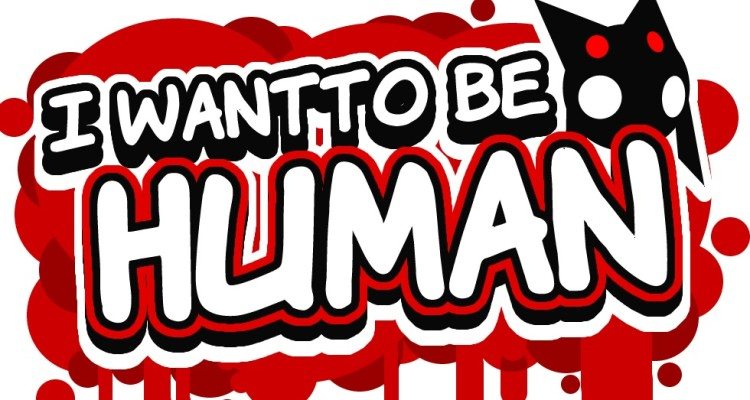 Well this is an odd one.

When you load up I Want To Be Human and hit Story Mode, you’re greeted with a rudimentary comic strip which wouldn’t look out of place in an angst-filled teenager’s journal. Love has been outlawed in the world of the game by a company called, unfortunately, “Smile Tech”. For our protagonist, this means that her romance with a vampire boy leads them to be taken to “Cell-Jail Island,” on which the boy is turned into a talking hat which the girl must wear to escape.

From here on, you’re thrown into vaguely different levels comprising of different shades of red and black, and must use your shotgun to blast through reasonably bland enemies who stand in your path. Most will die in one shot, which results in a gory explosion and accompanying scream. It would be charming, were the game not hideous to look at. 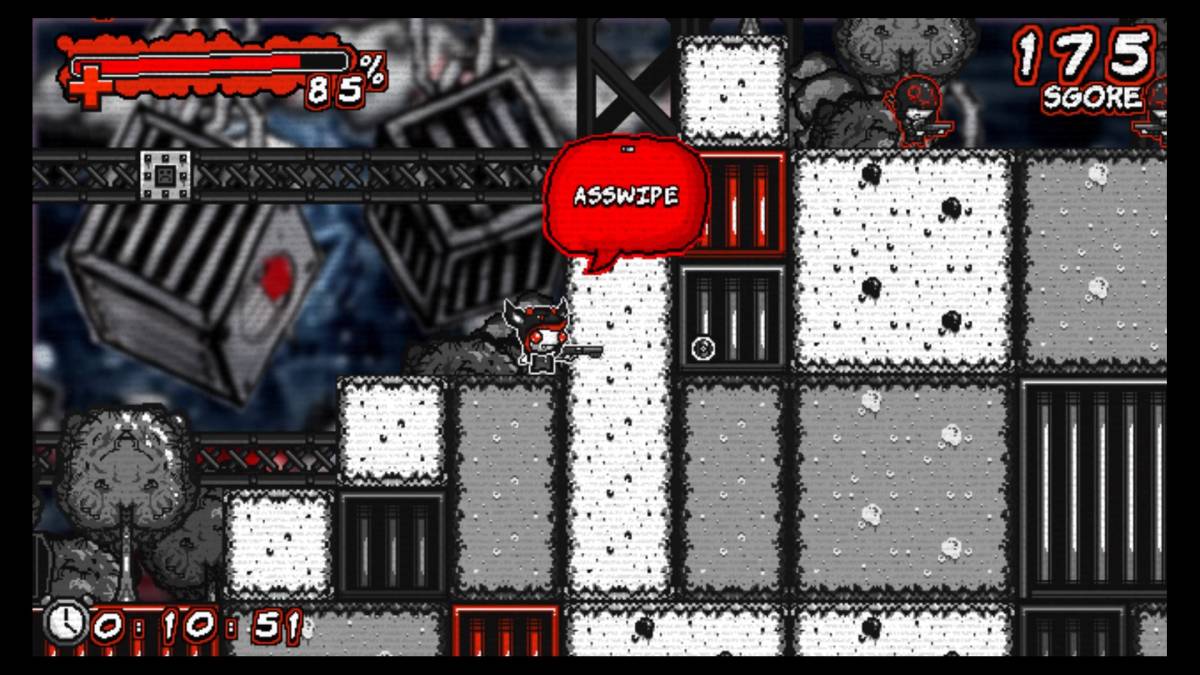 Well, not hideous, but there’s no unique hook which makes it appealing. For me, the art style was reminiscent of a 2D Drawn to Death, in that it’s meant to replicate the aforementioned doodles of an emotional teenager. This would be fine, were there any variety in the presentation; once you’ve played a handful of the game’s levels, you’ve seen most of what it has to offer aesthetically.

These levels are organised into chunks which can be played in any order within a hub world, and once a set amount have been completed, you’ll be able to progress onto the world’s boss and, subsequently, the next area. It’s all very typical, which is fine, but the fact you can run straight to the final level of a zone means there’s not a great sense of progression or difficulty curving. Playing the levels in order feels much too easy (it took me a while to even sustain damage early on), but the later stages ramp things up to seemingly impossible odds. The only way to get through the game is to either become bored by the simplicity, or throw yourself against the metaphorical brick wall so hard that one of you finally breaks. 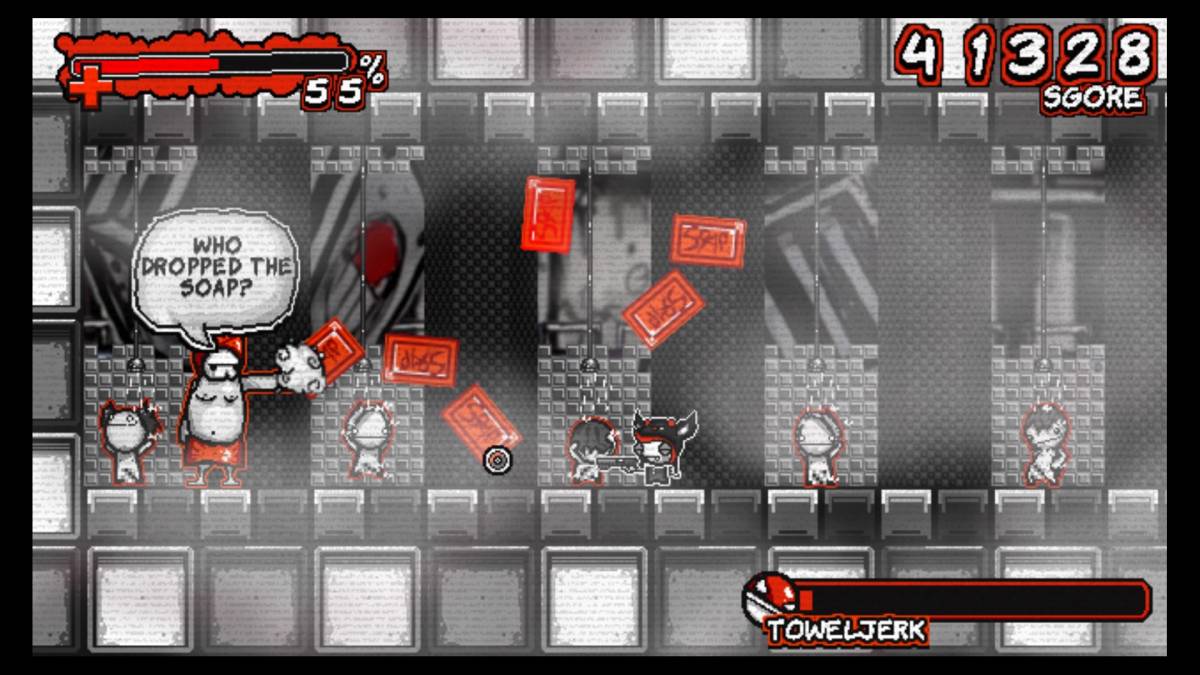 Difficulty in I Want To Be Human is as unpredictable as its nonsensical plot. The game seems to borrow mechanics from successful platformers and then put its own…spin on them. For example, there’s a stage where large blocks move up and down, and you need to be in a safe zone to avoid being crushed by them as you move right. This reminded me of Super Mario World, but in this game, the blocks have no indication of how high or low they can move; they just clip through the scenery. This means that you’ll die over and over again just trying to figure out the rules the game has set, which simply shouldn’t happen. Frustration without fairness will just push people away from your game.

I appreciate that not all games need to be literary masterpieces, but I Want To Be Human just feels lazy when it comes to writing. Now, I’m no comedic genius – far from it – but I’m sure I could come up with something better than “You tampon!” or “You are such a dildohead!” (both of which are very real phrases uttered by the game’s characters). Because of this, I don’t understand what kind of audience developer Sinclair Strange was striving for. On the one hand, you’ve got comically violent visuals and juvenile insults which might appeal to a younger demographic, but the repetitive and tortuous gameplay means that it’ll be hard to entertain them for long. It’s a game without a sense of direction or purpose; a game that, with more work, might have been something worth playing between some rounds of Overwatch. As is, what we’ve got here is a bit of an ugly mess.

Verdict
It's hard to muster anything more than apathy towards a game which doesn't seem to care too much about itself. With basic mechanics and unfair challenges, I Want To Be Human requires some serious polish before it's worth a purchase.
4
Cultured Vultures is a pop culture website established in 2013 covering all things gaming, movies, and more. We eat your words.
All The News On The Biggest Games