I Am Nicola REVIEW – Terrifyingly Real

The first in Channel 4's new anthology series gives us a startlingly authentic look at the inside of a toxic relationship. 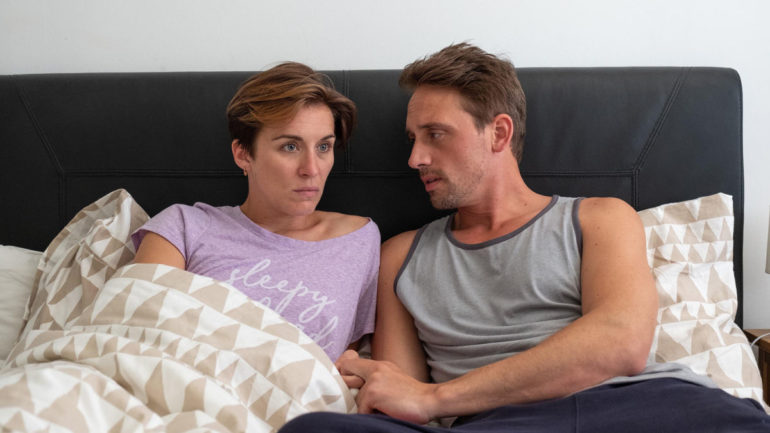 Channel 4 has played host to some of television’s best dramas with hard hitting shows like Red Riding and the This is England sequels, to name but two. With incredible talent both behind and in front of the camera, it’s easy to see why these programmes have struck such a resonating note with viewers. Their deep character study and relatable stories provide an unflinching authenticity and realism that is gripping, investing, and engaging.

I Am Nicola is the first episode in a new drama trilogy entitled I Am…, which focuses on a different character and story each week. Created by Dominic Savage, the series focuses on three women and the struggles they face in everyday life. I Am Nicola stars the ever-fantastic Vicky McClure (Line of Duty) who also contributed to the story, and Perry Fitzpatrick (Suspects) as her slightly possessive boyfriend. It is essentially a hard hitting drama about a toxic relationship and it is very multi-layered and complex in its tackling of the subject.

For the most part the story is told chronologically, but a few scenes at the beginning of the episode act as a flash-forward of sorts. It also highlights a recurring theme that plays out during the course of the narrative: despite her disastrous relationship, and the emotional blackmail and bullying she suffers, Nicola still has an attachment to Adam.

The first act presents a couple that are clearly going through a rocky stage in their relationship. Nicola feels under appreciated and not valued and this is evidenced through Adam’s lack of effort in making dinner or taking her out anywhere nice. This strain on their relationship is masterfully brought to life through effective dialogue and blistering, raw performances. McClure stands out with her engaging, emotional and deeply resonating acting style, and Fitzpatrick does a very good job of depicting a slightly useless character with a deep self pity and insecurity issues.

Despite there being a fair amount of dialogue, I Am Nicola focuses a lot of its attention on what is conveyed through the mannerisms and expressions of the protagonists. The camera seems to hone in on this with its use of invasive close ups that unflinchingly show us the character’s reactions and attitudes. By following the actors around during the arguments it thrusts us right into the confrontation. The awkward and uncomfortable atmosphere is a prominent feature and certain behavioural habits like Nicola biting her nails, or playing agitatedly with her hair convey that sense of anxiety she is feeling.

That idea that the characters feel suffocated either from boredom or depression is further reinforced by the lighting and filters. There are a lot of muted colours throughout the episode and there is a general gloom and grayness to the shots of the inside of the house. The place also has a distinct lack of character and personality, resembling the somewhat numb relationship they are both embedded in.

As we move into the second act of the episode it starts to become more apparent that they aren’t simply experiencing a bump in their relationship. Instead it turns out that Nicola is being slowly manipulated and controlled by a very possessive Adam. Particular sequences demonstrate his hold over her. The key one is where he rather underhandedly convinces her to blow off her girl’s night out, in order to stay home with him and watch the telly.

There are various times when she stands her ground but in this instance she complies, and pretends that it isn’t a big deal. Her acceptance and agreement to change plans is more emotionally impacting than if she had simply lost her temper at him. It also cleverly illustrates how it is always her making the sacrifices in the relationship. McClure adeptly conveys the inner conflict of Nicola, choosing to placate Adam and bury her true feelings.

This isn’t the only time it occurs throughout the narrative and a similar scene carries out a little later on in the episode. It avoids being repetitive because the point it is making is clearly communicated to the viewer. Additionally, it is a bit more heated and confrontational this time round, showing the frustration that both characters feel at not seeing eye to eye yet again. It highlights how their relationship is like a vicious cycle, where they revisit the same arguments and issues over and over again. His unhappiness towards Nicola with regard to her going out not only demonstrates that he is trying to control her, but also shows his fierce jealousy and insecurity. He lacks confidence and doesn’t feel comfortable in himself. This leads to him being paranoid every time Nicola goes out anywhere without him. Obviously this makes the viewer dislike Adam, but it isn’t always as clear cut as that.

There are moments when you do feel sorry for his character, as it is evident that he does feel bad about the way he is acting. He does attempt once or twice to remedy the situation, but ultimately only as a result of Nicola’s addressing of it as an issue in the first place. Therefore Adam shows that he is clearly not putting enough effort into making Nicola feel loved and appreciated, otherwise she wouldn’t feel the need to point it out.

During the third act Adam and Nicola spend an evening with another couple and seeing them so comfortable with each other highlights what’s missing in their own relationship. Little things such as the fact that the other couple regularly say nice and positive things to each other illustrate how they value and understand one another.

The whole episode is a simmering pot waiting to boil over, as we see the tension and hostility build up over the course of the narrative. It does have a climax of sorts but the last few scenes are actually rather understated. There is a sense of closure but it also presents a new chapter opening up in Nicola’s life. The episode is an effective self-contained narrative, but it ends in a way that gives us a small glimpse into what might happen next. This is a nice touch as it demonstrates that life goes on, reinforcing the realistic tone the episode is going for. 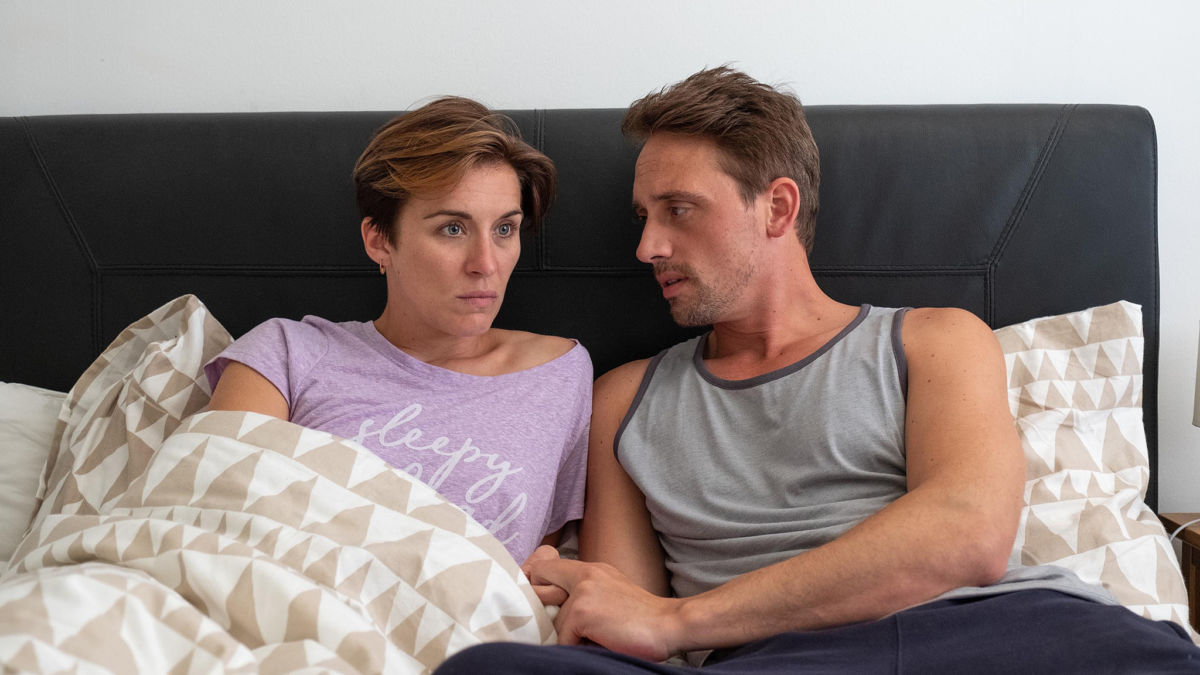 Verdict
I Am Nicola's singular focus, strong dialogue, and heavyweight performances provide an incredibly realistic and intense snapshot of life for a woman in a highly toxic relationship.
9
Cultured Vultures is a pop culture website established in 2013 covering all things gaming, movies, and more. We eat your words.
All The News On The Biggest Games