Lots of fun to be had, if the arenas weren't empty. 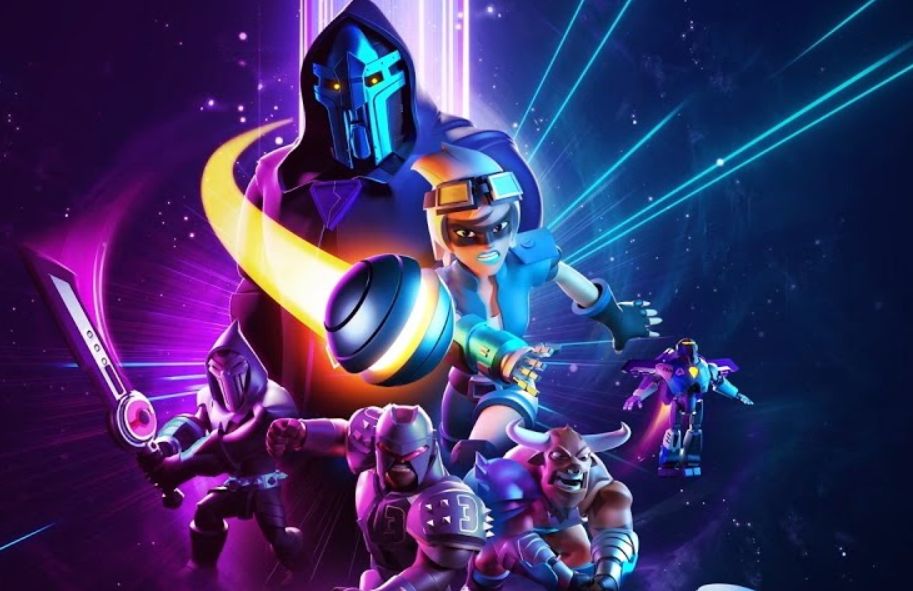 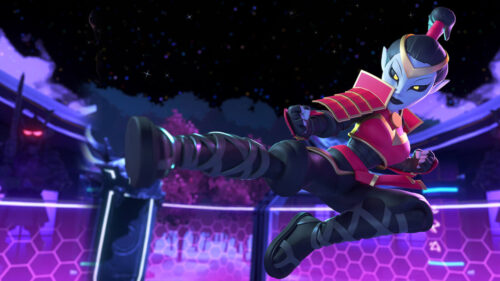 This is going to sound super obvious once it has been written down in black and white, but multiplayer games kind of need multiple players in order to survive. I know, what a revelation, but it’s the reason why HyperBrawl Tournament is quite frankly disappointing: there’s just no one to play with right now.

A party/sports game that’s presented in a similar way to Rocket League, HyperBrawl Tournament is a 2v2 game of handball, only with more fistfights, explosives and one-hit kill power-ups. Players hold down the right trigger to charge a powerful, using the right stick to aim for the opponent’s goal. A and B allow you to punch and kick your opponents when on defense, while X and Y controls passing and switching characters if you’re paired with a bot.

Fundamentally, HyperBrawl Tournament is a lot of fun. At a base level, it can just be a bit of chaotic bedlam as punches, kicks and weapons are let loose. In that instance, it makes for the ideal party game, where everyone is simply doing the best to adapt to the unpredictable nature of the game, but there’s potential for more skilled players to emerge. You can use the right stick while the ball is in mid air to add curve to the ball’s trajectory, allowing you to score some impossible shots.

Players can pick from a variety of characters and weapons, with each character fitting somewhere in the range of slow but strong to fast but weak. Each has their benefits, though speedy characters seem much more useful than other types, as they can outrun stronger characters and run rings around the defense. The weapons also range from shields that aid defense to grapple hooks that instant-KO opponents, meaning you can formulate your own strategy.

While the gameplay is certainly enjoyable, there are unfortunately plenty of moments that make HyperBrawl Tournament less fun than it should be. Sometimes it can be difficult to read the chaos when all the characters swarm the ball. Perhaps HyperBrawl could do with adding some name tags or other features to help distinguish the characters on the pitch.

The AI bots are also rather inconsistent, particularly when they’re on your team, as they’re incredibly guilty of ball chasing and not providing good defense, leaving you to pick up the slack. They’ll even pass you the ball while you’re in the middle of battering the defense, leaving you open to getting cracked in the jaw. The opponent AI feels a lot more competent by comparison, though they’re still liable to make mistakes in front of goal.

There’s also a couple of flaws in the overall content. The campaign mode is pretty weak, offering up a fourteen week league and three round cup, with no pomp or fanfare once a campaign has been cleared. There’s three difficulty modes, granted, but the mode is about as well-implemented as the Season Mode in Rocket League. It’s there so there’s some kind of single player mode, but it’s by no means the main event.

Worse still is the fact that HyperBrawl Tournament is marketed as a huge local party game, but as of right now, the campaign mode only supports one player. The arcade mode supports up to four players, but doesn’t let two players team up to take on the game’s campaign, which seems like a huge oversight in terms of content offered.

However, the biggest problem with HyperBrawl Tournament is that, on the Nintendo Switch at least, there aren’t enough players to find online games. Since being given a code last Friday up until the time of publication, I’ve tried to find online games at different times since, and have had no luck in finding anyone to play against. The online mode does automatically put you into a bot game if you can’t find anyone to play against, but it’s a damning indictment when the game’s main mode isn’t up to standards because there’s not enough players to support it.

The problem is that I know HyperBrawl comes into its own once more players are thrown into the mix. I played the game at EGX 2018 against friends and the developers themselves, and it was one of my favourite games of that show. I know the potential is there for something great, but with no online players, and lockdown making local party play almost impossible for a lot of players, HyperBrawl is in a tough situation.

It’s an unfortunate circumstance, and there’s every chance that Milky Tea Studios could turn HyperBrawl Tournament’s fortunes, but with only 70 players registered on the global online leaderboards for the Nintendo Switch at the time of writing, it’s not a good start. It’s what makes this game so hard to recommend. Unless hundreds of players are going to come out in force to support HyperBrawl Tournament once this review goes live, it’s not worth picking up, at least on the Switch. Perhaps the other platforms are more populated, but it’s buyer beware on this one.

A code for HyperBrawl Tournament was provided by PR for the purposes of this review.

READ NEXT: 10 Best Free Switch Games That Are Worth A Download

Verdict
Hyperbrawl Tournament’s core gameplay is a lot of fun, even if the bots are a bit annoying. It’s just a shame there’s not enough people playing.
6
Cultured Vultures is a pop culture website established in 2013 covering all things gaming, movies, and more. We eat your words.
All The News On The Biggest Games