Humankind doesn't nail everything, but it's certainly fun. 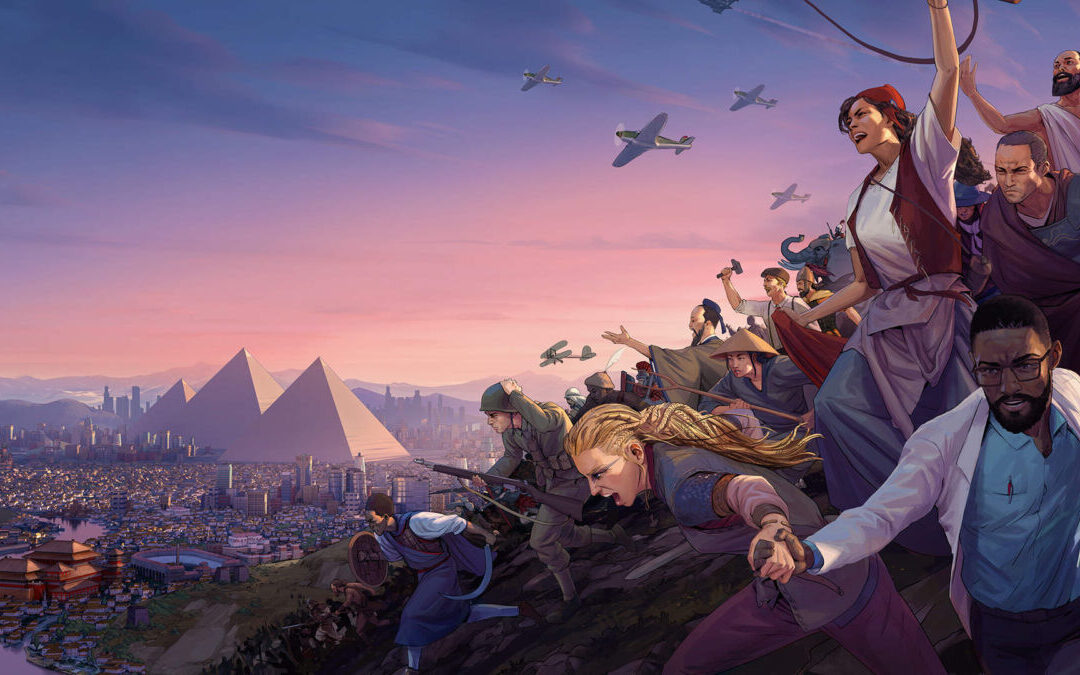 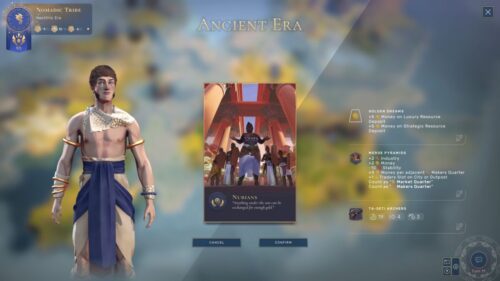 This year has been quite interesting for historical 4X strategy games, with plenty of new titles popping up to carve out their own place in the subgenre. Mohawk Games’ Old World released with moderate success and now Amplitude Studios is taking its turn with Humankind. Do Humankind’s offerings stand up to scrutiny and usher in a new era of historical strategy games?

In Humankind, players take the lead of a small Neolithic human tribe with the goal of creating a civilization that will make the biggest impact on the world and be immortalized in history. Empires do this by accumulating victory points called fame, performing certain actions and completing achievements, such as accumulating resources, building structures, fighting wars, and advancing their own scientific prowess. This simple victory point system is flexible, thematic, as it heavily accentuates Humankind’s emergent story-telling, and also refreshing compared to the more wargame-esque and precise victory conditions of Firaxis’ Civilization series.

If there’s one thing that Amplitude Studios always get right, it’s the presentation, and in Humankind, they’ve really outdone themselves. Graphically, the game is vibrant, bright, and awe-inspiring, while still retaining a sense of realism in its visual design. It’s especially impressive to see how cities change visually over time as players advance through the ages, cities sprawling across the landscape, with new structures and districts conforming to the terrain in breathtaking fashion.

Though the maps are drop dead gorgeous and highly detailed, they can get pretty busy and hard to read at times, in particular the smaller elements, such as stone fields and woodlands that can easily be missed at a glance. Lines of cliffs and hidden passes can also be quite tricky to read and Humankind could really benefit with additional UI options to highlight cliffs, a la Gladius: Relics of War.

From a UI standpoint, it’s sleek and responsive with simple and intuitive controls, collapsible menus, and a decent amount of tooltips that help the UI minimize any feeling of being overwhelmed. There are a few annoyances and inefficiencies here and there, like trying to read unit info in and out of tactical combat, but on the whole nothing that seriously gets in the player’s way.

The audio design is also excellent with sublime and exquisite music and solid ambience and unit sound effects. The music is so good that it could give Civilization’s amazing score a run for its money. The non-culture specific ambient music, in particular, is amazing in its melodic composition and breadth of sound.

While Amplitude packed their game with amazing presentation, the same can’t quite be said for Humankind’s modes. Single-player only offers the one campaign mode, albeit heavily customizable in resource abundance and geographic features. Multiplayer can support up to 10 players in a match, but the lack of additional multiplayer options, such as staples of the subgenre like hotseat and play-by-email, is odd, especially considering the game’s production values and the dev team’s pedigree.

The lack of extra modes limits player choice and flexibility in a game that prides itself on giving the player as much flexibility and options for their path in history. As a consolation, though, Amplitude did add in an extensive character avatar creation and sharing system where players can customize their empire’s avatar, as well as their AI behavior, which does add an interesting community-sharing option for additional challenge and game longevity.

Undoubtedly Humankind’s biggest highlights lie in its refreshing gameplay systems. All the hallmarks of a 4X strategy game are present, but there are three features that deserve special praise: combat, cultural evolution, and emergent storytelling.

It’s quite baffling that it took Amplitude ten years to make a simple change in their combat system from a passive to an active command system and they’ve finally struck gold. The tactical combat system works similarly to Endless Legend where when two belligerent armies meet, instead of shifting to an entirely new perspective, the tactical battle takes place on the strategic map within a designated area. However, unlike in Endless Legend where players dole out orders to their units and then watch passively as the AI does all the work, Humankind encourages active player participation by having the player direct command of unit movement and actions.

The way units behave and act isn’t anything new in this subgenre, but this particular way of taking on combat with armies of troops unpacking on the strategic map is fun, engaging, and quite epic, especially in the game’s later stages. In addition, Humankind’s tactical AI is pleasantly competent, though the strategic AI unfortunately doesn’t reflect the same quality.

The combat AI will occasionally make silly decisions, but more often than not it will consistently show aggression and pressure weaker units, as well as take a defensive posture when appropriate. It’s not perfect, but it’s miles better than what’s been on offer in other 4X games and makes combat highly engaging and challenging. Another interesting twist to combat is that units cost population, adding an additional level of strategic consideration when fighting wars, as losing units will directly impact an empire’s economic performance.

The flagship innovation Humankind offers to the historical 4X subgenre is its culture evolution system. No longer are players limited to staying as one civilization or culture throughout the game (though that option is still open), but instead, as players progress through the six eras, they’re allowed to evolve into one of the ten cultures available per era. Once players choose their culture, they’ll fully transform into it, but any legacy traits of previous culture will remain, which, in effect, lets the player build up their own civilization from a patchwork and mix of others.

This approach to history is far more authentic for the grand time scale that the game adopts. From a decision-making perspective, the evolution system gives players an innumerable amount of strategic combinations and paths that they can take in their quest to become the most famous empire. Additionally, this system allows players to be consistently adaptable, which not only makes the strategic gameplay more compelling on a moment-to-moment basis, but also helps with emergent storytelling and light role-playing — always welcome features in strategy gaming.

Speaking of storytelling, Humankind emphasizes this dynamic of gameplay more than others in the 4X strategy space. Mechanics such as random events and event chains help with the storytelling, but it’s the game’s spirit and collection of mechanics that do most of the work, such as the aforementioned culture evolution system and challenging combat. The sarcastically humorous and friendly narrator also definitely helps in sucking players into the plight of their people.

The other major systems, such as technology, civics, cities, world wonders, exploration, and resource management, are all functional but not outstanding in themselves. They’re not too complex nor innovative, meaning that veterans of the subgenre will immediately feel at home with what’s on offer.

There are two systems that don’t work so well: religion and diplomacy. Religion feels bland, shallow, and heavily undercooked, which is surprising given the depth of options that even the less innovative mechanics offer. Diplomacy, meanwhile, is more constrained than in other 4X games and a lot of this comes from one of Humankind’s bigger issues: how it relays information.

Plenty of mechanics and actions are either insufficiently explained or not discussed whatsoever, which will lead to moments of confusion and frustration. Amplitude did include an in-game encyclopedia, but it’s organized in a rather inefficient manner and the search bar doesn’t work too well, which makes checking concepts and features more annoying than it needs to be.

Apart from some clunkiness in how it plays, Humankind’s most prevalent issues are its balancing and inconsistent pacing. The odd balancing mostly comes from easy resource exploitation and some cultures clearly being more overpowered than others.

Overall, it feels way too easy to snowball too early, which inadvertently dumbs down and unintentionally shortens the strategic challenge of the game with the poor quality strategic AI definitely not helping. In two separate playthroughs, I found myself disinterested in continuing after reaching the Medieval era due to earning so much gold that I didn’t know what to do with it all. However, this is likely a matter of changing some numbers around, so I’m confident Amplitude will minimize this issue over time.

These balance issues also feed into the game’s inconsistent pacing where there will be periods of uninteresting slowdowns and then bursts of intense and exciting action. It doesn’t help that the AI turns play out with a noticeable delay, so players might need to wait a bit even after the next turn starts before making their moves. All in all, Humankind can’t quite live up to Civilization’s consistently addictive nature.

There are also a few puzzling missed opportunities that go against some of Humankind’s historical authenticity and Amplitude’s own experience. The lack of heroes, great people, governors, generals, personalities, or individual characters of any kind is a big miss, especially considering that in nearly every other Amplitude 4X offering, characters play important strategic and tactical roles. Furthermore, aside from random events, climate and weather barely feature in Humankind, the lack of which makes snowballing even easier and goes against the game’s goal of exercising the player’s flexible decision-making.

Technically speaking, Humankind is mostly polished with a solid options menu, however, the choice to not include advanced graphics options with only presets available is baffling. I didn’t run into any serious frame drops, performance issues, or serious bugs and crashes, so players who meet recommended specs should be able to run Humankind without much issue. The loading screens are annoyingly long though and I did encounter some unit animation glitches where individual models would get stuck performing an action in combat, but luckily that was just temporary.

Humankind is a fun historical 4X strategy game with excellent production values and refreshing ideas thrown into the mix — a staple of Amplitude games. The game is really close to being great, if it weren’t for a number of moderate problems, but as it stands, it feels like a solid foundation with plenty of room to improve. Humankind is a confident recommendation to 4X and historical strategy enthusiasts, while casual and undecided players should wait for some major content updates. 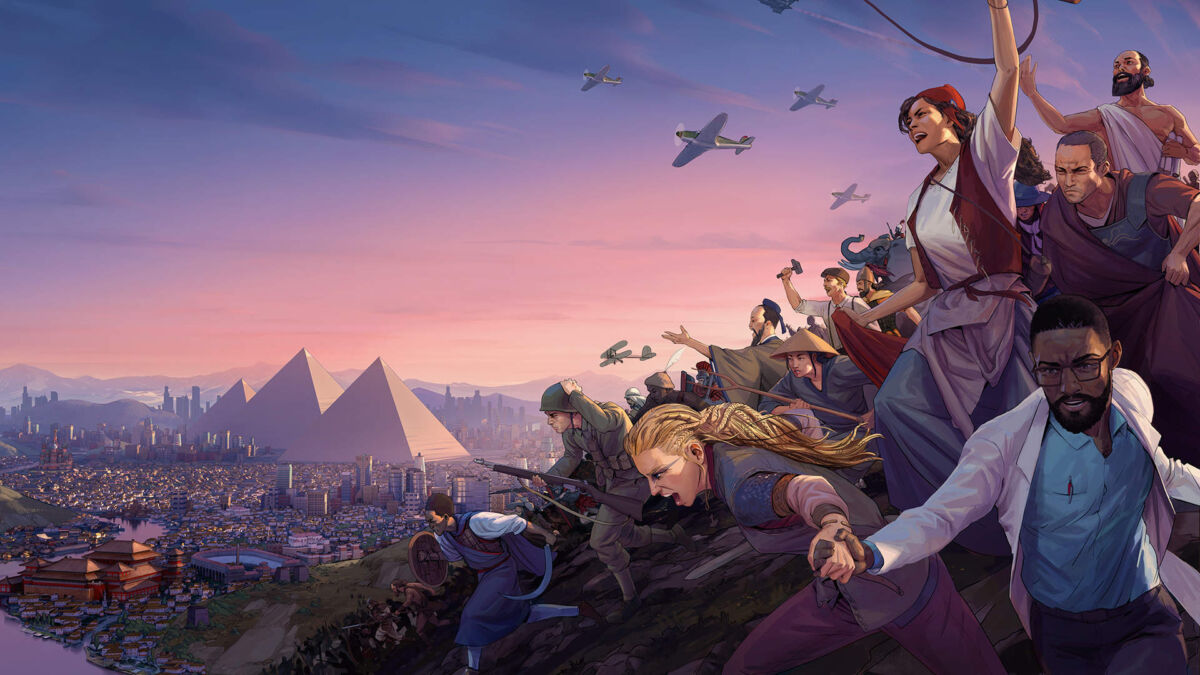 Verdict
Humankind is a refreshing and authentic take on the historical 4X strategy subgenre, albeit with some balancing problems that keep it from greatness.
7.5
Cultured Vultures is a pop culture website established in 2013 covering all things gaming, movies, and more. We eat your words.
All The News On The Biggest Games