How John Wick Weaponizes The World of Parabellum

How about that knife fight in John Wick 3? That was rad as heck, right? 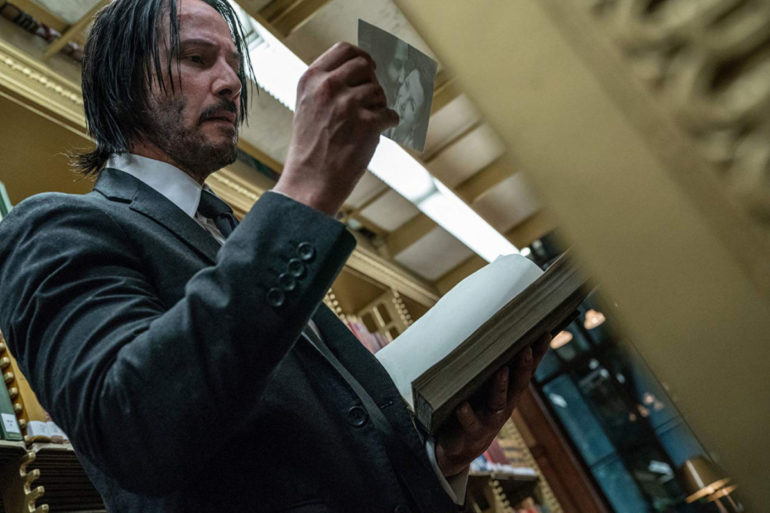 In its first two films, the John Wick series solidified itself as one of the most elegantly brutal actions series of all time. Keanu Reeves and director Chad Stahelski’s continued dedication to delivering high-quality fight choreography and gun-fu is an undeniable genre trendsetter. But with the success of any series, there is always the fear of repetition.

What begins as fresh and exciting can quickly fall into the pitfall of repetition, comfortably resting on the laurels of past entries success. John Wick: Chapter 3 – Parabellum doesn’t just sidestep the pitfall of repetition, but vaults over it by redefining the John Wick experience. An improved variety of unconventional settings that directly dictate the fight parameters of scenes is the breath of fresh air the series required. This weaponizing of environments is ultimately what separates Parabellum from the rest of the John Wick franchise.

The first instance of Wick weaponizing his environment is within the first ten minutes of the film. Moments before his excommunicado status goes into effect, Wick is attacked by an assassin named Ernest (a cameo by NBA star Boban Marjanović) within the confines of the New York Public Library.

As they are in a library, Wick reaches for the nearest item he can use as a weapon: A hardback book which he eventually uses to beat Ernest to death with. During the course of their fight Ernest pulls a knife, stabbing Wick just above his collar bone. Wick quickly disarms Ernest of his knife, but instead of using the blade against its owner, Wick chooses to remove it entirely from the fight. A seemingly minute detail, but by removing a conventional weapon from the scene entirely it highlights the importance of the setting of the fight, the result being one of the more bone-crunchingly brutal scenes which sets the tone for the entire film.

The most refined instance of Wick weaponizing his environment is a foray through a knife museum, which, in all fairness, is as ripe of a location as any for violence to unfold in. After realizing that attempting to use the array of antique firearms is far too problematic, Wick and his assailants engage in fisticuffs. During the brawl, both parties begin smashing cabinets that line the walls, all filled with antique knives and swords to maim one another with. What unfolds is a gruesome slash fest that sees Wick unload a handful throwing knives into one assassin, only to be outdone by launching a tomahawk into another’s skull as they struggle to stand.

This scene could have very easily been a CQC fight unfolding in a nondescript warehouse, and I’m sure It would have still abided by the series standard of top tier elegant brutality. But by placing the Baba Yaga into a unique set-piece that dictates the parameters and flow of the fight, it’s not only a highlight of Parabellum but also of the entire series.

The most self-aware scene of the film that fully embraces John Wick’s fantasy element is his brief trot through the horse stables. Unlike the library and knife museum, Wick has nothing he can physically wield as a temporary weapon, forcing him to weaponize his creativity.

As his assailants approach, Wick strafes around a nearby horse until his attacker is squared up with its hind hooves. Once the trap has been set, Wick slaps the horses rear, causing it to buck, kicking his attacker in the head and killing him. After doing this several times, Wick gallops out of the stables upon a trusted steed, but not before tying its reigns around an assassin’s neck, dragging him behind Wick’s horse.

This scene is indicative of director Chad Stahelski continually reinventing the John Wick experience. While he never allows it to devolve into a slapstick affair, scenes like this ensure it never takes itself too seriously either. The most humorously creative instanced of forcing the world’s deadliest assassin to use what is at his immediate disposal.

John Wick: Chapter 3 – Parabellum succeeds in ways the other chapters of the series largely failed: presenting Wick with encounters he cannot simply shoot his way out of. While the series’ penchant for spectacular shootouts remains in Parabellum (all of which outdo its predecessors) it’s the sprinkling of environment specific The Raid-esque martial arts scenes which give the film its superior variety. Scenes where Wick is forced to weaponize his environment overshadow a majority of its shootouts, which I think will be the franchises saving grace moving forwards.