How Can Warner Bros. Revive the Justice League?

Should they go in an entirely different direction? 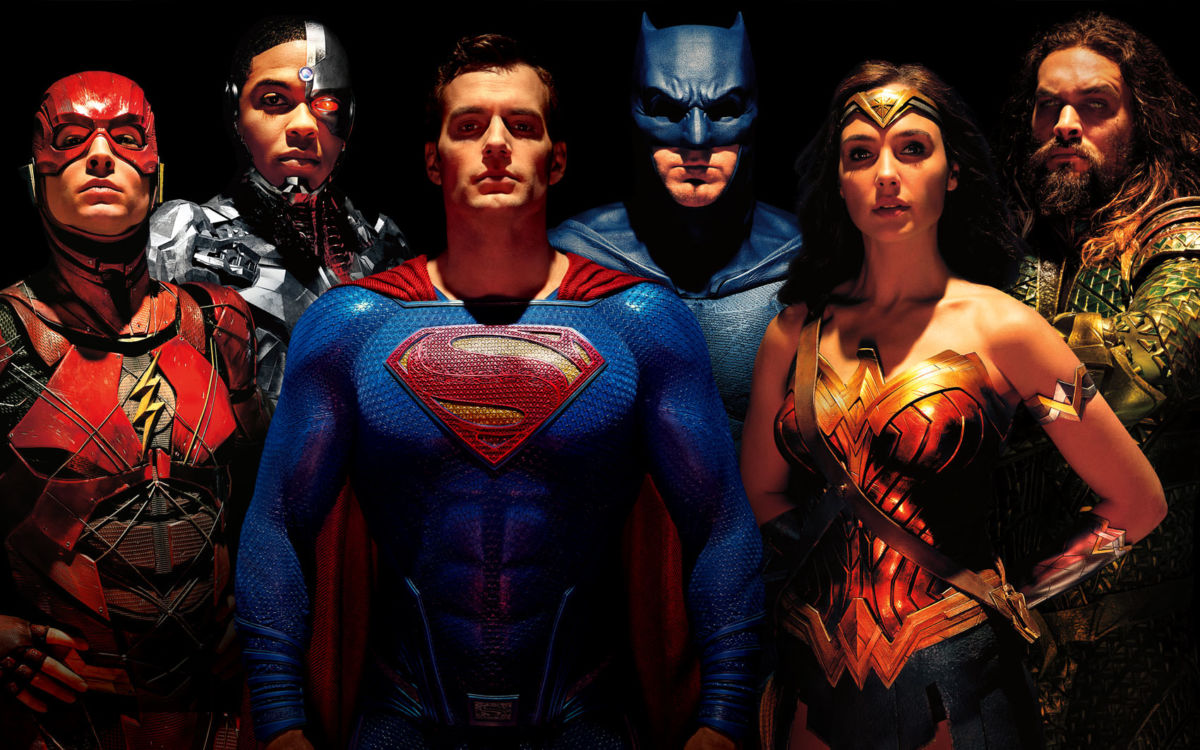 Warner Bros’ slate of DC films is a fascinating beast. Filled with more movies that will never get made than it has actual films in production, the series initially started as a proposed Superman reboot before transitioning into something more akin to the Marvel Cinematic Universe model, wherein it would see solo outings from different characters before culminating in a team-up movie, then a second round of solo movies, another team up, and so on and so forth. However, the universe has had a rather hard time getting movies through production, and the films that do see the light of day generally don’t fare so well critically.

This is especially true of their first team-up movies, Batman v Superman and Justice League, parts two and three in Zach Snyder’s pseudo-Superman trilogy. Both films should have been massive hits; the first film to unite three of the world’s most popular superheroes, and the sequel that should have cemented them and other characters like the Flash and Aquaman, as the premier group in comic-book movie storytelling.

Unfortunately, while Batman v Superman made a ton of money, both it and Justice League are looked on by the masses as failures in their own ways.

But in this modern day approach to superhero movies, where shared universes and team-up films are expected, to see Justice League fail as it did upsets the status quo. At the moment, it seems like any future Justice League-related projects are confined to limbo as Warner Bros. takes a different approach, focusing on making standalone films like Aquaman, Shazam!, Wonder Woman 1984, the Joker movie and Birds of Prey (and the Fantabulous Emancipation of One Harley Quinn) – real title – with no inkling that these characters will ever come together or interact again (apart from, as that last title suggests, Harley Quinn).

Surely, if Marvel Studios can take a bunch of characters like Iron Man, Captain America and Thor – characters that audiences outside the comic-book world generally didn’t care about – and turn them into a pantheon of box-office darlings, then DC should be able to do the same with the Justice League.

But with their movie slate now just a mish-mash of disparate movies and Henry Cavill and Ben Affleck reportedly out as Superman and Batman, how exactly could that work?

Perhaps the most likely move at this stage, assuming DC stay on their current course (which, considering their recent past, is actually very unlikely) is to just move forward and pretend that nothing’s happened. Characters like Batman and Superman are similar to your James Bonds and your Spider-Men in that having different actor adonned in spandex swapping in and out is not that uncommon. In live-action movies, Batman alone since the Tim Burton years, has been played by Michael Keaton, Val Kilmer, George Clooney, Christian Bale and Ben Affleck. That’s five actors in thirty years. Similarly, on the Marvel side of things, Spider-Man has been played by three actors in the last fifteen years. Changing the man behind the mask isn’t unheard of, and so just doing a Justice League sequel with a recast Batman and Superman could work. They could maybe make a little nod to it in the same way Iron Man 2 referenced the character of Rhodey being played by Don Cheadle instead of Terrence Howard, and then move on. As long as you make a good movie with actors that fit the parts, audiences are going to get over little things like a character’s face looking completely different, continuity be damned.

Alternatively, you could just make a Justice League movie where Batman and Superman aren’t at the forefront. Clearly, at the moment, Warner Bros. is trying to push Aquaman and Wonder Woman to be more esteemed members of their roster of heroes, so go forward with that. Over the years, there have been many different iterations of the Justice League, and one of the more popular versions was the Justice League International.

While the traditional Justice league International line-up in the comics featured mainstay Justice Leaguers like Batman and Green Lantern, there is already in-movie-universe precedent for replacing them with the likes of Wonder Woman and Aquaman. First off, Batman generally works out of Gotham, and the fact that there has only been one Justice League film so far means that his character would be unlikely to get involved with an international team to oversee this new league and ensure they don’t tarnish the original team’s good name. Green Lantern, meanwhile, still hasn’t been introduced, and you could even cut Superman on the grounds that Dawn of Justice highlighted that other nations were hesitant to let him freely enter their countries.

Now, with Wonder Woman and Aquaman front and centre, you could surround them with a new team of heroes from various different countries, who might help DC capture some of that B-list character gold that Marvel struck lucky with in Avengers. Furthermore, it would make for the most diverse superhero team seen on screen yet, showcasing characters like Vixen (African), Doctor Light (Japanese) or the third Blue Beetle (Mexican-American).

No, I’m not saying that the Justice League franchise should get grimmer or grittier. As JL and Wonder Woman showed, taking a step back into the light could work in DC’s favour. Instead, I’m suggesting a palate cleanser of sorts. A genre shift. To take the Justice League into the world of horror.

Like going international, there is also a precedent for this in the comics. However, this popular spin-off is a lot more recent than its international cousin. Back when DC essentially rebooted their comic-book universe in 2011, they introduced a new team called ‘the Justice League Dark’. This was a team based in the world of magic, who stepped in to save the world when the mainstream Justice League found themselves incapacitated by a magical threat. Its line-up consisted of characters like Zatanna, a stage magician who can utilise real magic and John Constantine, who was the star of his own show a few years back, and has since been popping up on other DC TV series like Arrow and Legends of Tomorrow. On top of that, you’ve have Swamp Thing, who will soon receive his own show on DC’s streaming service. Together, with characters like Wonder Woman and perhaps Shazam thrown in for good measure, you have a new type of superhero team, but one that’s free to explore different types of stories and let Warner Bros. explore new ground.

Of course, if you’re a continuity stickler you could take a page out of the comics like it was rumoured DC had originally planned to do when things started going south. Every now and then, to refine their comic-book universe and wipe away any potential convolution, DC has an event, usually featuring the word ‘Crisis’ in its title (Crisis on Infinite Earths, Zero Hour: Crisis in Time, Infinite Crisis, Final Crisis, etc.), that sees the Justice League and various other superheroes face off against an insurmountable threat, and in resolving this threat, see their universe changed ever so slightly. Such changes have included characters being de-aged, different founding Justice League members, and even a rewriting of the way the multiverse is laid out.

It was rumoured that DC’s movie division was going to attempt this very same thing with their solo Flash movie titled Flashpoint: a story that sees the Flash going back in time to save his mother from being murdered, only to return to the present and find it had been warped into a darker, more twisted reality. In resolving this crisis, the universe was basically reset so that DC could move forward with a fresher timeline. Were this to happen on the film side of the DC Universe, it could be used to explain the absence of actors like Ben Affleck and Henry Cavill, and by the end showcase the newer actors brought in to replace them (it was also rumoured that Affleck was going to feature in Flashpoint, presumably for that very reason). It’s a bit of a chaotic way to go about things, but it would make for a rather unique story if nothing else.

Go Back to the Beginning

Of course, at the end of the day, they could always just start over. Ever since the release of Batman v Superman, many have lamented the fact that this has not already happened. Two films in, and people were already convinced that it was better to just give up and start over than try and salvage this brutal and unforgiving cinematic universe. And maybe, at first, they were right – Suicide Squad, the next film out of the gate, was awful, and while there was a bright spot with Wonder Woman, the most recent film, Justice League, did poorly both commercially and critically.

Warner Bros. and DC seem adamant to push forward in some form as Aquaman releases in just a few short weeks, and will be followed by Shazam! and Joker next year, as well as Wonder Woman 1984 and Birds of Prey in 2020. However, this new approach, while it will hopefully give us some entertaining and well constructed movies, runs the risk of being incredibly disjointed. Birds of Prey purportedly centers around a Gotham where Batman has just disappeared, and if Warner Bros. get their way, apparently the cinematic version of Supergirl will exist in a world where Superman does not yet exist.
The Worlds of DC, despite their rebranding, still seem to be struggling to find their place in the world, and so it’s not too late to start over in some form, either fully, or partially (using Jason Momoa’s Aquaman, Shazam!, WW84 and Birds of Prey as their new starting points).

Unfortunately for those who really do not enjoy this universe, that ship has probably already sailed. While Warner Bros. could restart, that ‘first time’ magic is already gone. Take Marvel, for example. Age of Ultron retread a lot of the same ground as Avengers, and so because it wasn’t the first time the Avengers got together, for many it didn’t have that same zing to it. The same would be true of a rebooted Worlds of DC. You can’t do another Justice League origin so soon and expect more people to turn out for it. Similarly, Batman and Superman can never clash on the big screen for the first time again.

As such, it’s hard to say what the best move for DC is at this point, but one thing is for certain, whatever they decide on – whether that’s going forward unapologetically, or switching up their genre – if they want to revive the Justice League franchise, they need to put some more thought into it, some more time and effort, and most of all, more understanding. You need to get a crew together who are passionate about what they want to achieve, and knows how it should work, like Patty Jenkins was with Wonder Woman, and James Wan seems to be with Aquaman, and you need to let them do their thing. Because while Whedon and Snyder were both passionate about this property, their film is muddled and uncertain, their characters aren’t the ones who have wowed comic book fans for generations. But if done right, they could be.