BOOK REVIEW: Hour of the Wolf by M Kitchell 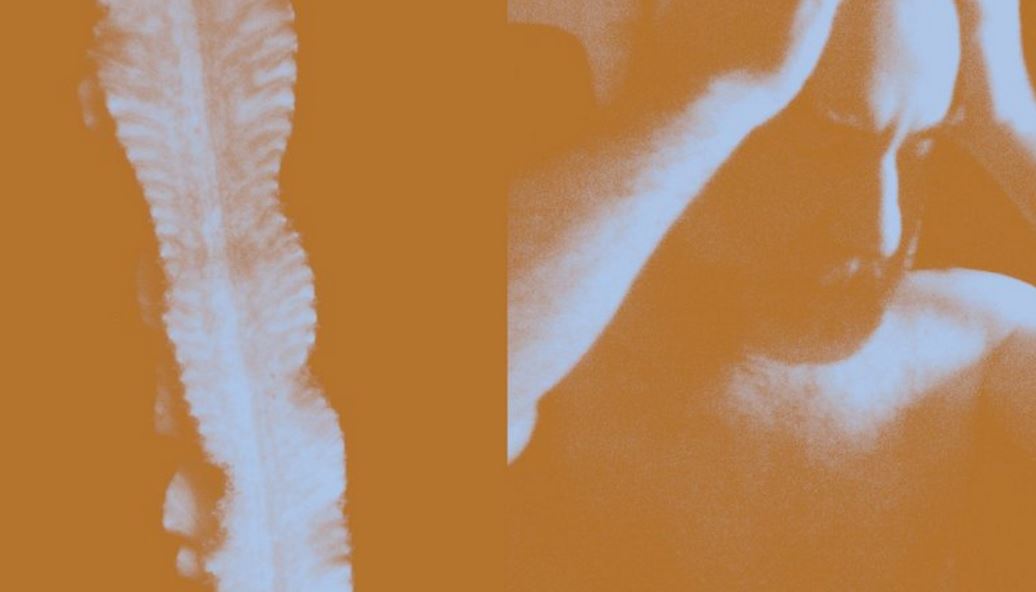 “And yes, of course, three to four a.m. is the witching hour, the hour of darkness, the hour of the wolf, the single hour of every day when demons can come out to play, when the spirit world touches our own.”

Hour of the Wolf is a cycle of five stories. The stories each revolve around the insomnia that the subject (it seems inappropriate to call them “protagonists”) suffers from the hours of three AM to four AM. As the passage above suggests, the hour brings the subjects closer to what can be called “the spirit world” and reality gradually crumbles around them. The book reads like a music piece where, in each movement, the variations on the theme become more dissonant.

“First Cycle” is the most straightforward of the stories. The narrator is unable to sleep during the hour of the wolf. He hears drumming, voices, and laughter but can’t find where it’s coming from. One night, he goes out for a walk to kill the hour he’s unable to sleep. He finds a box of photographs. He’s surprised to find that one of the photographs is of himself.

“I open the box again and start looking through the pictures. Most are blurry, but some are in focus. The blurry images look like moving bodies. The images in focus show boring architecture. Various states of decay. Factories maybe. There’s nothing to understand. I keep digging through the box, intent on looking at every picture. The last image of the box is of a person, and it’s the first non-architectural image that’s in focus. It’s a Polaroid of me. I decide not to tell D. and get back to bed.”

It reads much like a Thomas Ligotti story. However, unlike Ligotti, Kitchell seems to show some hope that there is something beyond pure malevolence in this world. Despite the experimental nature of the book, this first story shows that Kitchell has an excellent ability to craft imagery and atmosphere in a straight narrative

In “Second Cycle” a poet, simply called N, spends his nights exploring a cave and falling asleep in it, always awakening from three AM to four AM. One night, he leaves a sweater there before he leaves, and is unable to locate where he left it when he returns. He soon discovers that the cave has some unusual properties.

“And so N makes his way out of the cave in the dark, he is confused because the sound has ceased, the moaning stopped—he’s fine with this at first, but he has realized in this absence, that he did not give himself the proper opportunity to understand the moans, and this inherently bothers him…”

Here, the story is still rather straightforward, but the style is more unconventional. Each paragraph is a long sentence itself and the text is arranged more unusually, making read as more frantic and surreal.

“Third Cycle” is more atmospheric than narrative than the previous ones, and even more frantic and metaphysical. An unnamed man lives in a room with a giant plant. The plant seems to be conscious and attempting to communicate with him.

“But the man of course wakes up with a start his breathing fine at the time but something else about the space confuses his eye’s sight the WHITE GHOST towering over him immediately he is convinced it is closer than before bending in new ways in new shapes that seem to droop as if the sentient ghost wanted to walk on the hardwood floors of the room the man spends his time in. “

The “Fourth Cycle” is told in the send person. Here, the style is less frantic as if we’re now on a downturn. An off-season groundskeeper for a “maison” in the middle of nowhere falls into a malaise from boredom and isolation. They become suicidal until they meet a figure who they believe to be a saint.

“Time seems problematic when you have little to do other than make sure dust doesn’t blanket the home. Home seems like like the wrong word. The palace of perfect. The maison where you’ve rediscovered desperation. Your attempt at holiness brought to a halt by exhaustion.”

Like much of Samuel Beckett’s work, this is a story that attempts to stay as close to silence as possible. A sense of emptiness runs through this story. Kitchell makes you feel the despair of the groundskeeper.

“Final Cycle” is the most experimental of them all. Here, narrative and style have disintegrated altogether. The text is arranged all over the pages and gives the reader little to no guidance on what order to read it in. The emptiness of the page and the seemingly free associative mysticism seems to bring us completely into the spirit world.

Verdict
Hour of the Wolf is a haunting experimental work. Kitchell creates an otherworldly atmosphere through his excellent prose and through his skillful playing with literary conventions. This is a difficult work, but one that rewards its readers well.
8
Cultured Vultures is a pop culture website established in 2013 covering all things gaming, movies, and more. We eat your words.
All The News On The Biggest Games