10 Years On, Hotline Miami Is A Masterpiece Caked In Blood & Neon 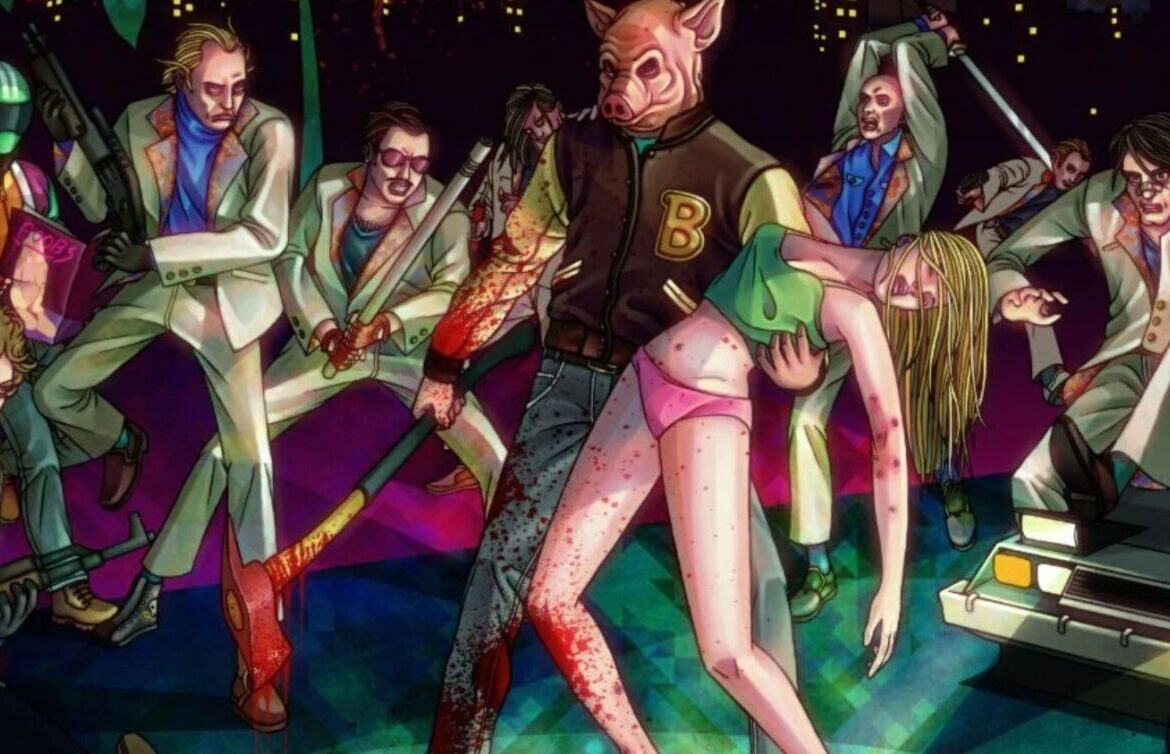 You are walking through a dimly lit room, flies are buzzing around, and a grinding symphony of bass, guitar and synthesisers fills your ears with confusing noise. It’s in this dimly lit room that you’re addressed by three masked individuals, all with troubling questions. Do you know who you are? Do you know what you did to lead you into this room? And, most importantly, do you like hurting other people?

Before you can even fathom what you’re seeing, you’re placed in a room with psychotic Russian gangsters, all baying for your blood. As the viscera of your enemies is splattered across the wall, you get into your car and go back to your apartment, where you wait for the next phone call, the next killing frenzy you call work. The opening salvos of Dennaton Games’ Hotline Miami have already intrigued you. Buckle in, you’re in for a ride.

By 2012, a perfect storm of affordable tech, online markets such as Steam, and a healthy creative rebellious spirit towards the AAA industry’s iron grip mantra of “we tell you what to play and you’ll bloody well like it” led to the explosion of the indie game market. Names such as the Binding of Isaac and Braid were taking the gaming world in directions not seen since the 16-bit era and what was old was new again.

One such title that definitely deserves the respect of its peers and should be in the conversation for the initial wave of influential indie games should be Hotline Miami. Drenched in blood, neon and synthwave, you don’t often think of its influence until you’re reflecting on it for its 10th anniversary and see for yourself just how much of a big deal it was and still is to this day.

Hotline Miami’s strengths come from several places, the most notable being its murky yet psychedelic settings. Most indie games in 2012 were harking back to the days of whimsical platformers and fantasy morbidity. Hotline Miami’s 1989 setting was a response to the cocaine boom that plagued the city throughout the ’70s and ‘80s, instantly giving the title a more realistic tone when compared to its contemporaries.

Its surreal narrative also toys with the player, using the medium to its advantage. Though you can grind through the game and understand the broader points of its plot, Hotline Miami also rewarded more explorative players with the finer details — much like its main influence, Nicolas Winding Refn’s Drive. This, tied in with its high score rankings, gave the player incentive to keep replaying and finding more creative ways to slaughter a room of gangsters through an often unforgiving difficulty. 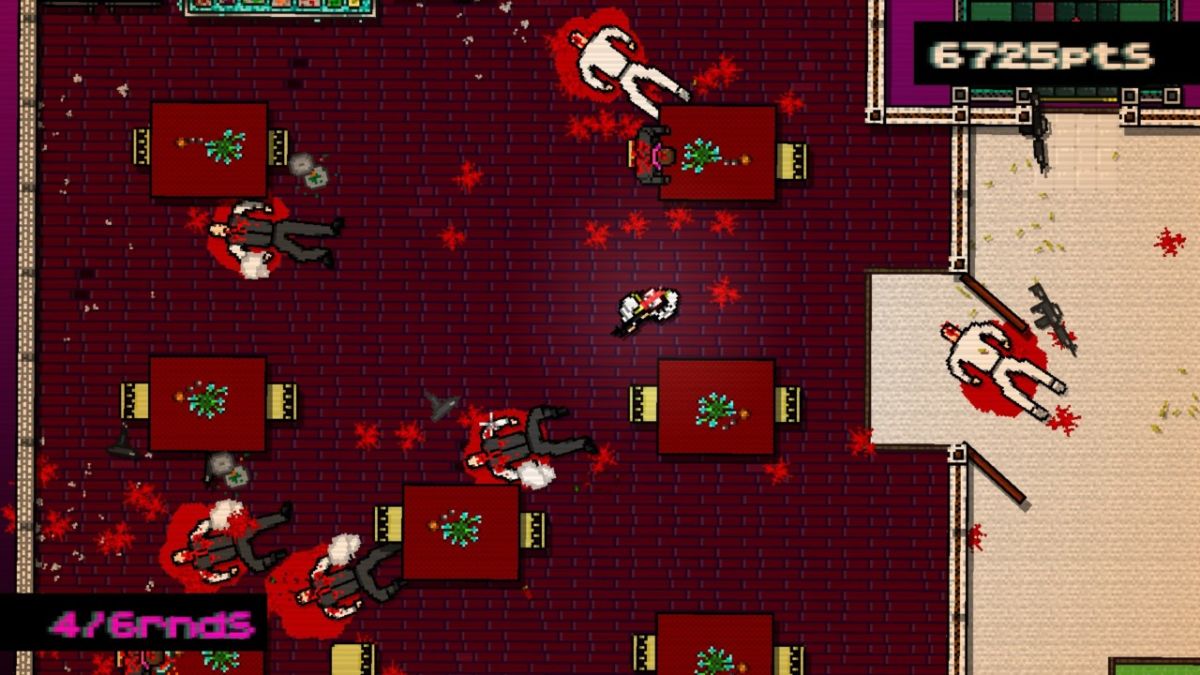 Its soundtrack is also filled with bangers, taking the 80s aesthetic and giving us a slow and brooding motif in its level design to help us not only stay entertained but also focused. The use of clubland-style hooks and drum loops gets you into that cold, calculating mood as you plan and plot how you’re going to clear a room of like-minded murderers. Hotline Miami’s soundtrack is as cold and as unforgiving as its gameplay, adding notable acts such as M O O N, Perturbator and Scattle, all of whom were starting to make names for themselves in the synthwave movement, helping bolster Hotline Miami’s credibility.

Hotline Miami’s influence is seen in a lot of today’s indie games. Ape Out, Katana Zero and My Friend Pedro all followed Hotline Miami’s foundation of ruthlessly difficult games that demand your attention. The reward for your diligence is the replay value and an evolving story. It was also one of the first games to bring in that retro 80s synthwave aesthetic, a well that is now visited way too often in 2022, but in 2012, Hotline Miami was eye-catching and appealing to gamers looking for something new.

Hotline Miami did spawn a successful sequel with Hotline Miami 2: Wrong Number and since then there’s been a vocal part of the video game crowd that’s been crying out for a third entry. It’s easy to see why, as underneath the surface of reflection and existentialism is a memorable and rewarding story many indie devs dream of replicating. Whatever the future may bring, fans are ready, but for now, we still have the first two games to replay while asking that famous question – do we like hurting people?