Hitman 3: 8 Things You Need To Know Before Launch

How To Get Away With Murder. 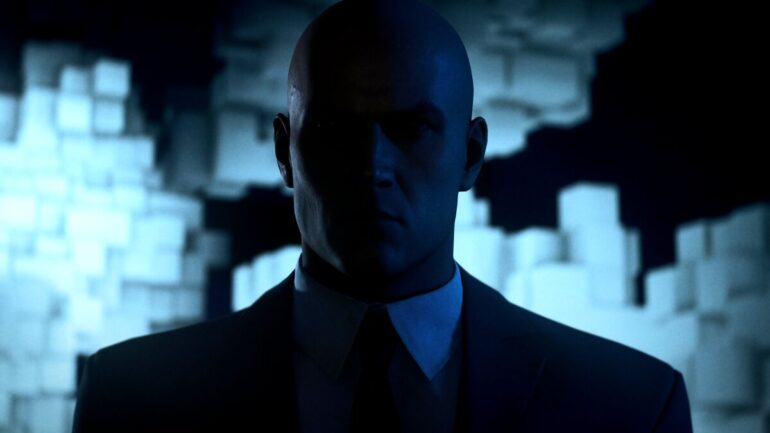 Developed by IO Interactive, Hitman 3 will be released for PC, PS4, PS5, Xbox One, Xbox Series X, and Switch on January 20th, 2021. It is a game that allows you to be crafty and efficient, or loud and indifferent but always requires a certain amount of thought to be put into that process. There are a hundred different ways you can tackle an objective and the new game, while not making any game changing upgrades, still adds a lot of new features that have players eager to jump into them. Whether you’re already on the hype train or not, here are eight things you need to know about Hitman 3.

Hitman 3 will have 5 distinct game modes to offer players: Campaign, Elusive Targets, Escalations, Contracts and Sniper Assassin. Campaign offers all of the main story missions from Hitman 3 as well as legacy missions from Hitman 1 and 2. Elusive Targets are hidden within missions and can only be found by coming across special clues. For these, you can only kill them once and if you fail there are no do-overs — they will be one of the biggest challenges offered in Hitman 3. Escalations are more difficult versions of missions that can be remixed with different starting points, disguises, weapons and more. Players who mastered a mission and find it too easy can challenge themselves in this game mode.

Contracts can be designed by players to offer different opportunities and challenges. IO Interactive will even select the best of these and feature them which just adds to unending ways you can experience Hitman 3. Last but not least, if you would like to take on missions without getting your hands dirty, Sniper Assassin allows you to test your aim and wits by taking out guards and targets from a range, but just be careful not to trigger an alarm.

Hitman 3’s levels are so elaborate that they involve their own contained storylines. The biggest example the developer has showcased is the mission in England, which takes place in a mansion where a mysterious homicide occurred. On top of going there to murder your own targets, there is an entirely other mystery to unravel. A private detective is sent to the mansion to find the killer, and is a great disguise for Agent 47 to enter the mansion undetected. One of the mastery tiers in this level is to arrive as the detective right away, and will be one of my favourite missions to explore.

Every mission will have their own flavour to them, they’ll make you laugh, shout and maybe scream (the mansion in England looks especially creepy), but are inevitably your own playgrounds to explore and experiment with.

Maps in Hitman 3 will be much more interactive and feature many complex puzzles which open up many different branches of a mission. There will be unlockable shortcuts much like the ones in Dark Souls, that can only be opened from one side and these will make travel through the map much easier. Keypads will also require a code instead of just a keycard to unlock, opening up so many more options for the developers to hide codes around the map.

Players will need to use deductive reasoning to find clues around levels, adding a layer of barriers to the missions, which, on top of finding your targets, makes the maps feel like one big puzzle. One of the major steps in a mission will be finding Elusive Targets, as they will not be as straightforward as the regular ones. Hitman is for players who like an intellectual challenge on top of typical shooter gameplay and the new game takes that aspect of the game as well as all the others to a new level.

The Hitman series has always been the home of seriously stunning locations interwoven with intricate level design, and will undoubtedly bring many more in the third game. There are 6 different locations in Hitman 3 that are situated around the world: a German nuclear power plant, a modern cityscape in China, a large mansion in England, a skyscraper in Dubai, a vineyard in Argentina and a snowy mountain range in Romania. All of these are showcased on their website and will feature their own characters, stories and puzzles.

That’s not all, however, as the old maps from Hitman 2 are getting a visual upgrade and will not be any less beautiful than the new maps. Fact is, Agent 47 gets around, and people who play Hitman 3 will get to go along with him and travel the world without actually leaving their own rooms.

One of the most exciting parts about Hitman 3 on PlayStation is that it will be fully playable in PSVR, and the mechanics look awesome. If you want to take cover, you have to physically crouch under to avoid being shot. Additionally, melee weapons have full range of movement and do not have set animations for attacks. You can also interact with objects in almost unlimited ways, making you feel like you’re part of the world around you.

In the virtual reality showcase video, we see the player knock a piano lid down while someone is looking inside it. They also use the free movement system to tap a guard’s shoulder to make them turn in a different direction, before knocking him out. The PSVR feature alone makes Hitman 3 look like one of the most innovative games to hit the market in 2021, and could change how virtual reality games are made and experienced.

Hitman 3 continues the tradition of mastery tiers, and for those of you who don’t know, these tiers are challenges that can be completed to unlock different pathways in a mission. There are 20 stages for every level, and can unlock different things such as new disguises, weapons or new starting points within the map that can give you different advantages and disadvantages.

The challenges vary from killing enemies in certain ways, to dunking a basketball from half court. They turn missions into a playground that players can explore and conquer however they see fit. They add a ton of replay value and will definitely have people playing the missions multiple times over.

IO Interactive is aiming for a complex and drawn-out game where every level is a puzzle, and having AI that is too smart would be like having puzzle pieces that shift and no longer fit together. For a game of this size, they need to keep that element of uniformity to allow players to complete missions however they see fit.

In an interview with Game Informer, game director Mattias Engström has said: “You have to be able to rely on the AI” and “it has to be consistent. We will live with the stupid-seeming AI if it means we’re adhering to the rules of the game”.

Some people may disapprove of the AI’s intricacy or lack thereof, and it is possible that the developer may just be saying that as a cheap way out of making better AI. However, it does make sense and in the end, it is a video game and not real life. If the AI was always able to tell when you were wearing a disguise, or could easily find where you were hiding, the mechanics of the game wouldn’t function as planned. I would love to see a separate game mode where the AI were smarter, for those who are feeling up to the challenge.

8. Progression Is Carried Over

Hitman 3 will include a “carryover process” that will allow you to transfer your Hitman 2 progression into Hitman 3, which includes XP Rank, Player Profile, location mastery levels, location mastery unlocks, challenge progress, challenge unlocks and Elusive Target suits/unlocks. All of the old levels will be playable with the upgraded graphics on PlayStation 5 and Xbox Series X/S. For those who don’t have a Hitman 2 save, you can still play the old missions and unlock all the same weapons and disguises if you buy the Hitman 1 and 2 DLC’s within Hitman 3. For people (like myself) who sunk hundreds of hours into Hitman 2, it is an absolute blessing to carry on with all that hard earned Agent 47 swagger. However, that is only easily accessible for people playing on consoles.

PC players have unfortunately drawn the short straw on this one. Console players who have bought Hitman 1 and 2 will have the missions and progress carried over to Hitman 3. As the situation currently stands, PC players have to buy the DLC whether or not they had the older games, due to Hitman 3 being on the Epic Games store and not on Steam. However, IO Interactive have promised in this blog post that players will not have to repurchase the games and that they “are continuing to work on a solution with our partners to allow PC players who own HITMAN 1 or HITMAN 2 to import locations from those games into HITMAN 3 at no additional cost”. There may still be hope for PC Hitman players.

The final stage of The World of Assassination trilogy hits the market on Janurary 20th, and has tons of gamers excited about it. Hitman 3 is going to be on a bigger scale than ever, an all encompassing guide to the trilogy that is an incredibly ambitious way to end an era of Hitman games, and will surely go out with a bang one way or another.

READ NEXT: Best Stealth Games To Sneak Into Your Library