Is High On Life Coming To PS5? 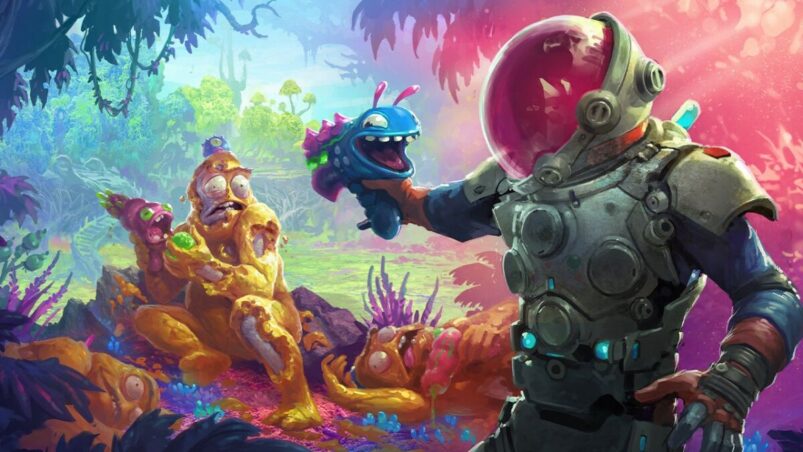 One of the more surprising announcements from Xbox & Bethesda’s Showcase was High On Life, the new comedy adventure from Justin Roiland, who you’ll probably know as the guy who voices Morty in Rick & Morty. Developed and published by Squanch Games, High On Life set to launch on PC and Xbox Series X | S in October, with a day one launch on Xbox Game Pass too. If you’re waiting for the game to come to PS5 too, we’re here to let you know.

The answer is no, High On Life isn’t coming to PS5, at least not for a while. As of right now, High On Life has only been announced for PC and Xbox Series X | S, though this doesn’t necessarily mean that the game won’t make an appearance on other platforms in the future. Squanch Games has launched games like Trover Saves The Universe on other platforms before with timed exclusivity, so it’s likely they’ve done the same again with High On Life.

Unlike a game like As Dusk Falls, High On Life isn’t being published by Xbox Game Studios, so it means it’s more likely to receive a port to PS5 in the future. The original reveal trailer at the Xbox & Bethesda Showcase did mention that High On Life is a console launch exclusive, but there’s every possibility that it’ll be a timed exclusive, so don’t be surprised to see the game on PS5 in 2023.

High On Life is the latest sci-fi comedy adventure from Justin Roiland. The game sees you playing as a high schooler, tasked with saving the Earth from an alien cartel that’s planning on using humanity as their new drug supply. In order to stop them, you’ll have to partner with guns that can talk. You’ll travel to various planets, befriend an arsenal of talking guns and ultimately become the most feared bounty hunter in the galaxy.