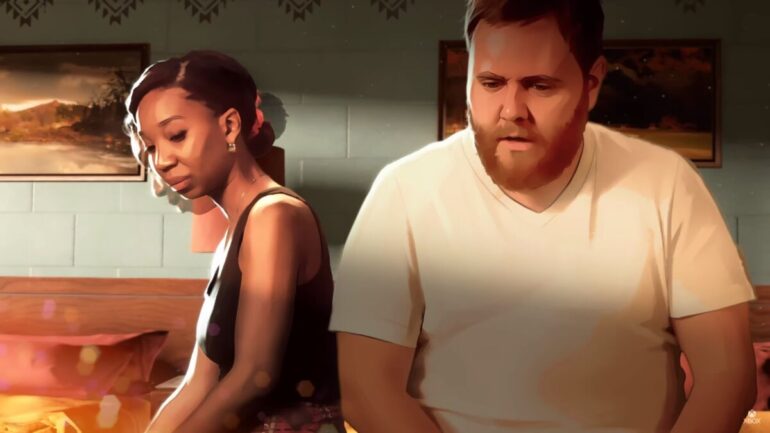 One of the most interesting games in Xbox’s upcoming games line-up is As Dusk Falls, a narrative adventure game set to launch on PC, Xbox One and Xbox Series X | S, with a day one launch on Xbox Game Pass on July 19th, 2022. For fans on PlayStation though, they might be wondering if the game will be coming to PS4 or PS5.

The answer is no, As Dusk Falls will definitely not be coming to PlayStation at launch. The reason for this is because As Dusk Falls is being developed by Interior/Night and being published by Xbox Game Studios, and Xbox aren’t going to be quick to publish one of their own games on another platform so easily.

This doesn’t necessarily preclude As Dusk Falls from appearing on other platforms down the line though. Interior/Night isn’t part of Xbox’s owned studios, meaning they could be free to publish the game on other platforms through another company in the future. On top of that, Xbox Game Studios have also published some of their own games on other platforms, including the likes of Minecraft, Deathloop, Ghostwire: Tokyo and more.

As Dusk Falls is a narrative adventure game developed by industry veterans responsible for the likes of Heavy Rain and Beyond: Two Souls. The game explores the entangled lives of two families brought together by a robbery gone wrong in late 90s Arizona, taking place over the course of three decades as the different generations deal with the mistakes of the past. On top of that, there’s even co-op play in local and online for up to 8 players, allowing you all to vote on decisions as they happen.