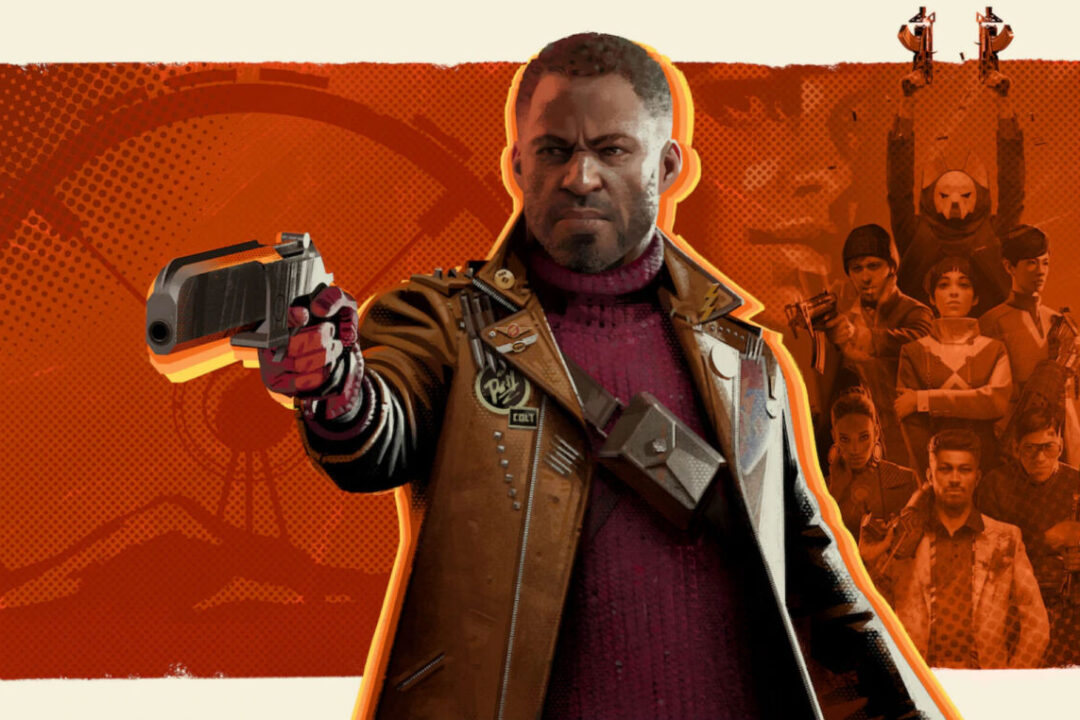 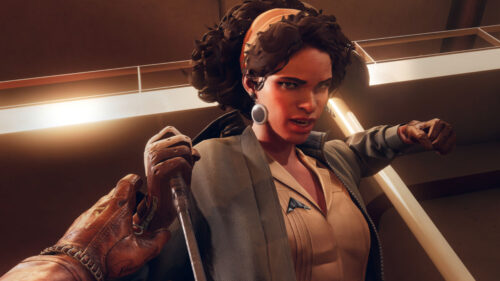 Arkane Studios caught the attention of many with their Dishonored games by offering first-person action and stealth combat, while also being more than just another murder spree in a dystopian world. It was no surprise that many players were intrigued by their new project, Deathloop, which looked to take the studio’s specialized approach and add in a bit of fun time travel and 1960s flair. Prepare to die and watch the bullets fly, because this game doesn’t miss.

Colt is trapped on the island of Blackreef, his own personal hell, as the day keeps repeating and a bunch of extremist maniacs want to kill him, because they know their former Head of Security is trying to break the time loop. It’s a large place, with a ton of traps as well as other dangers, and the Visionaries aren’t going to make it easy for him. On top of that, there’s an assassin with her own surprising abilities coming after him, Julianna, who wants to enjoy killing Colt, over and over again. There’s a history there, and the island is full of secrets that the player will have to discover if they ever want to win, but “time is your plaything.”

I was a little worried that Deathloop might be a bit less action-packed and more about stealth and research, setting up Hitman-style traps and watching plot points from Groundhog Day unfold, but that’s not the case. This is that signature Arkane gameplay that all of the release materials were talking about. Deathloop could easily take place in the same universe as Dishonored, its DNA splashed all over the gameplay. Stealth is important, but not required, information is the key, but the player has infinite lives to run headfirst into a scenario until a plan works, and the game doesn’t hold any hands after a certain point, so it’s all about discovery and getting the most out of it from a personal approach.

Trial and error is quite entertaining in Deathloop, but also a bit costly because one wrong move (or three, thanks to Reprise) leaves you back on the beach with a hangover and a long walk of shame. Death can still feel worth it though, as you get to play with new toys, go exploring, and try different paths after finally getting that one valuable piece of information or the right weapon for the job – I loved the varying waves of chaos my plans and mistakes caused, using the environment strategically, as well as the turrets, throwable objects, and distractions littered throughout the zones. Deathloop looks like it was probably difficult to plan out and make all of the gears work correctly, so it’ll be amazing to see speedrunners crack the game open.

This is the first FPS game I’ve played on my PS5 and the DualSense feels custom-built for it, as it’s comfortable and responsive. I’ve always claimed that Xbox had the superior controller for the genre, but that’s clearly up for debate now. The shooting feels fantastic with how the triggers react to a squeeze; in terms of sensitivity, rumble, and haptic feedback. It isn’t necessarily more engrossing, but it does add to the experience and helps the senses when sneaking through Updaam and sniping enemies. It is a bit immersion breaking, though, when bullets don’t affect everything and things like TVs and some surfaces are left without a bullet hole, scratch, burn, or any hint that I just unloaded my wrath onto it. Thankfully, gunplay is quite tight and feels enjoyable and responsive. Weapons don’t have stats as such, but abilities that can be upgraded with trinkets, though they can also jam in the middle of a firefight.

There is a lot going on during skirmishes, as players will need to juggle weapons, dual-wielding, grenades, melee, hacking, Slab powers, and learn to use that power slide as all hell breaks loose. Not only does Colt have to keep his head on a swivel in combat, but outside of it he’s also dealing with things with silly names like a Hackamajig, as well as keeping an eye out for documents, codes, and opportunities to learn more about all the events of the day he has to kill his victims. He can also use his focus ability to mark enemies, see what kind of weapons they have, and ascertain small tidbits about their personality or mannerisms.

Because this day of bloodshed is repeating itself constantly, it’s possible to learn where most people will be during a specific part of the day. What time the player visits each of the four districts will change things and many areas are more dangerous at certain periods. It may seem a bit confusing at first, but it’s easy to pick up on things quickly.

The island of Blackreef is reminiscent of Rapture from BioShock with similar art, architecture, and scrawlings of the mad, but without that fear of crushing depth and drowning (freezing to death is faster here). Deathloop’s environments are enjoyable, diverse artifacts trapped in the past and saddled with new technology. These districts may feel small at first, but they are bigger than they seem, and exploring them is key to figuring out how to use the map to best kill all of the Visionaries. Whether it’s learning enemy placements, secret pathways, or where the best weapons are located, knowing Blackreef can be the best piece of information the player has.

Players will need to settle in for a long haul once they’ve figured out how the game is being played, planning and gathering information on their targets to see where they’ll be, who they’ll be there with, how to deal with them, and then discern what works best for your playstyle. Item management is somewhat important as well, not just with upgrading weapons (rarity is denoted by their different colors), but adjusting Colt’s loadout between the four times of day. I once forgot to pick up Charlie’s Slab after I killed him, which hurt me later on, and any weapons that aren’t taken back into the tunnels are lost for the day, so I didn’t realize I could have killed two visionaries because I was so eager to get back with my new toy. Learn from those mistakes.

The eight Visionaries the player hunts down aren’t completely paper-thin, each seeming to be an archetypal extreme, though recordings left around the island will help fill in some personality traits. Encounters with them involve just a few quick pulls of the trigger until they’re down, leaving behind loads of loot to scoop up. There’s little to the encounters as you learn more about them by reading their chat room messages and memos. The exception here is Julianna, the woman hunting Colt down. Their banter is good and some of the dialog borders on a bit too comical, but it works and fits in with the game’s overall aesthetic.

I didn’t get a chance to play around with the multiplayer too much, but it does seem a bit limited, as a rival player can take control of Julianna and stalk Colt through parts of the city, but only at certain times. In the one instance where I was invaded by a real person, I got gunned down as soon as I entered the zone, while trying to figure out how to stealth the upcoming group, and was just left on the floor, wrecked and with a wounded pride. The game can be set to offline so it’s just fighting the AI, which isn’t the smartest in some scenarios, but I never saw it do anything too stupid other than get stuck on some furniture and jump through a window twice because it messed up the first time.

The game did freeze on me twice, once during an intense moment of combat, but I lost a lot of progress with one of these freezes and was legitimately irked. It seems I was in the minority with these bugs, as only one other reviewer I spoke to had any freezing issues. The way each zone is sectioned off and how saves work, happening only when the player returns to the tunnels, may annoy some people, however, and any problems may take out a whole chunk of progress. There were a couple of cases where I met my end unexpectedly with no explanation, but that could be something I missed, and I also suffered a loop reset after one death against a boss, even though I have an item that gives me three lives. Otherwise, things handle well and run smoothly.

As a visually impaired player, I had some trouble spotting the bright and colorful enemies against the game’s backgrounds as they were blended in a bit too much, but more importantly, if the game is going to require me to read so much to learn about my targets, please make this text bigger. The subtitles can be changed, which is cool, but seemingly not the text on documents, giving me quite the headache.

I want to gush a bit more about Deathloop, but the truth is that I still haven’t figured out my best optimal path and plan on jumping right back into the loop to create more awesome moments, and I can’t wait to hear the stories others tell me about their time with it. This game won’t be for some people, requiring a lot of backtracking through areas and paying attention to some things that it just won’t point you toward – it’s a price that comes with the free will to act against the day, to preserve or break the loop, and I’d do it again.

A copy of Deathloop was provided by PR for the purposes of this review.

READ MORE:  Deathloop: How To Play With Friends 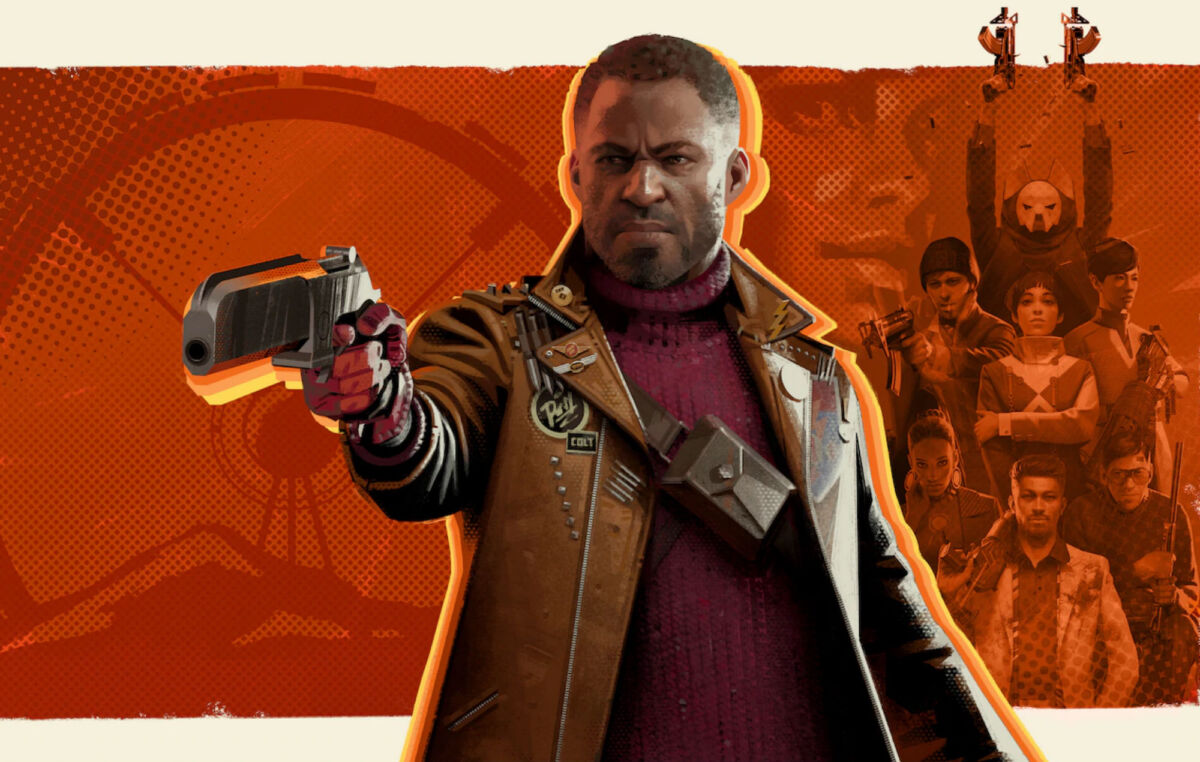 Verdict
Deathloop is an awesomely entertaining ride with stealth and puzzle elements that help make it feel like the big crazy sci-fi adventure it wants to be.
8.5
Cultured Vultures is a pop culture website established in 2013 covering all things gaming, movies, and more. We eat your words.
All The News On The Biggest Games