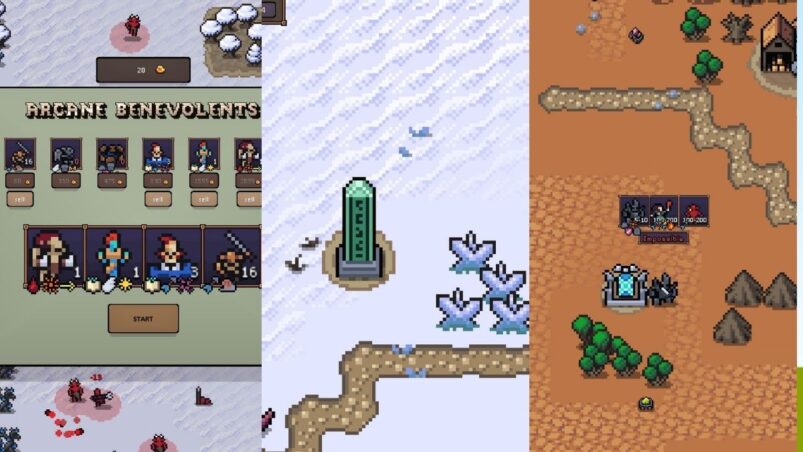 Hero’s Hour is a fast-paced adventure strategy game that invites players to develop their heroes, engage in chaotic battles, and triumph over their opponents. Though we haven’t seen many strategy games of this style recently, they have their own strategic and tactical nuances that need to be considered to meet the game’s challenges. Here’s a handy compendium of tactics and tips to get you started.

Get a Second Hero Early

Heroes are multi-role linchpins of any effective winning strategy in Hero’s Hour. They will fill the role of army commander to fight battles, troop caravan to ferry troops to heroes on the frontline, and treasure cleanup duty for more efficient movement.

Recruiting a second hero early has a number of benefits, such as adding additional troops to your current forces, as all recruited heroes bring their own army. In addition, by recruiting a hero early, perhaps even on the first turn, you can decide which hero would be best suited for frontline duty and aggression and which one would be more effective in a support role. Recruiting additional heroes may be worth it later, but the second one is the most vital to get early on.

Ultimately the winning faction in Hero’s Hour is the player who can bring a larger and healthier army to battle in the mid and late-game climactic battles. Considerate hero development also plays a part, but your heroes will mean little if they lack an army to back them up. When deciding which engagements to take and when making your tactical battles plans, always find ways to minimize friendly casualties. There’s two great ways to achieve this.

One of the key strategic assets for most factions to conserve troops is the infirmary. The infirmary recovers half of all casualties from combat in the capital, which is a substantial amount, especially for factions that focus on swarm tactics. Though you will likely not need the infirmary on the first turns as you establish your military recruitment, ensure that you build the infirmary before your first battle.

While the infirmary may help mitigate physical damage to your forces, it’s smart decision-making that will keep your army combat effective. You can hover your cursor over any enemy hero or treasure guards and get a rundown of their expected numbers, as well as overall threat level. Unless you’re completely confident in the capabilities of your troops, hero spells, and your own knowledge of unit matchups, it’s best to aim for fights that are labeled as Easy or Moderate in order to conserve your troops.

It’s quite possible that in the first several turns, there may not be any safe targets to attack with your initial forces. While developing your military recruitment, idle heroes can be effectively used to scout the nearby terrain and, more importantly, pick up any unguarded treasure to give a quick early economic boost.

Visit Obelisks and Dig up Treasure

Throughout the world, players may notice prominent obelisks positioned throughout the land. Visiting them will give the hero a vision that can point to nearby special treasures ready to be dug up when found. Visit these obelisks to get a read on where these riches are, as they may provide useful resources and artifacts to gain an edge over enemy heroes.

Use Skirmish Mode to Learn Combat

There’s a huge number of units across all the factions, as well a number of special summoned and wild units that players may meet during their adventures, which can easily overwhelm the player with their unique stats and abilities. Aside from spending hours reading the in-game encyclopedia and playing the core campaign mode, players can play the skirmish challenge mode to learn unit matchups and how different units behave in combat.

Deploy Units as the Situation Demands

It’s highly likely that in the later stages of the campaign your heroes may have such large armies that they won’t be able to fully deploy in combat. It’s still wise to field large and concentrated armies with reserves with a variety of different units.

When a battle starts, you can choose which units you would like to field. This is especially valuable when going into battle, as you can tailor your forces to best overcome the opponent’s initial deployment.

Unless you’re fielding an entire army of mega units like the Red Dragon that can run over any unit with their sheer power, armies will likely include a mix of troop types, such as swarm minions and more powerful casters, ranged units, or monsters. In moderately-sized engagements or where you have the ability to accurately command these elite creatures (usually tier six), it can be wise to command these units manually with frequent move orders. By microing them with a specific mission or task in mind, you can fully utilize their power to your advantage.

Some of the most difficult troops to deal with are ranged units and casters with a ranged ability. They’re usually protected by a staunch line of defenders or are tucked away behind cover.

The only thing you need to reduce their ability to shoot is to engage them in melee. This is where fast-moving units like cavalry and flyers or summoning spells can either break through or spawn right on top of ranged troops and keep them occupied.

Hero’s Hour is available on PC.

READ NEXT: 15 Best Fantasy Strategy Games of All Time