He's giving you a war like you wouldn't believe. 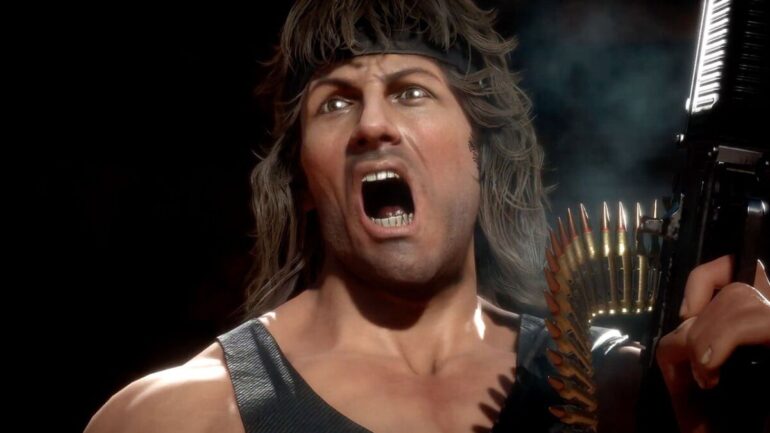 NetherRealm Studios have published the gameplay trailer for upcoming Mortal Kombat 11 DLC character Rambo, and yes, he will be fully voiced by Sylvester Stallone. Spoiler alert: he looks absolutely brutal, and you can check it out for yourself in video at the top of the page.

How Does Rambo Play?

He fight how you’d expect 80’s action movie star to fight: violently. His moveset draws influence from the original trilogy of movies (as do his outfits), with Rambo utilising his knife, bow and various traps to maim and mutilate the opposition. Of course, when you really want to decimate your opponent, Rambo can still break out the dual M60 machine guns to spray fiery lead across the screen.

When Can We Play As Rambo?

Rambo launches the same day as Kombat Pack 2, which is November 17th alongside fellow DLC characters Mileena and Rain. November 17th also sees the launch of Mortal Kombat 11: Ultimate, which bundles together the original game, Kombat Pack 1 & 2 and the Aftermath expansion into one affordable package.