Is Hellblade 2 Coming to PS4 and PS5? 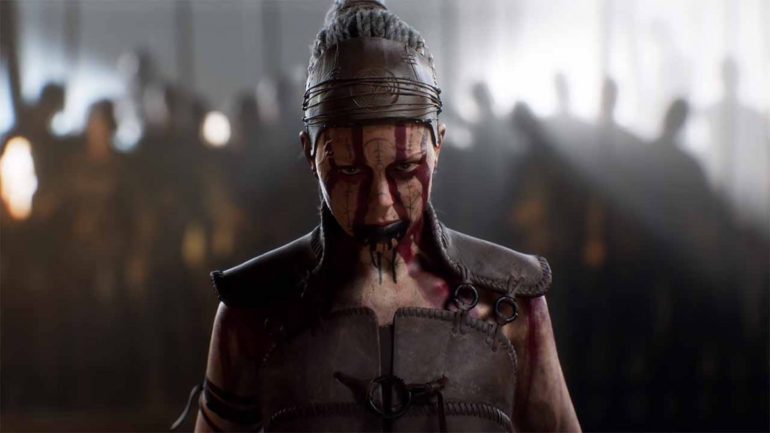 There was a decent amount of hype surrounding Senua’s Saga: Hellblade 2 after it was revealed during the Game Awards in 2019 with a rather dark and mysterious trailer. The excitement is understandable, since its predecessor, Hellblade: Senua’s Sacrifice, is one of the most critically acclaimed releases in gaming history, but will Hellblade 2 also be coming to PS4 and PS5?

There is currently no official release date for Senua’s Saga: Hellblade 2. The game’s developer, Ninja Theory, released a gameplay reveal that gives us more insight about the game than the original cinematic trailer did.

Hellblade 2 won’t be following the same release pattern as the previous title did, as it will be available on fewer platforms. Unfortunately, this means bad news for PlayStation users hoping for a PS4 or PS5 release.

In Hellblade 2, Senua returns to journey hundreds of miles across the unforgiving terrain of Iceland, which was mentioned in a developer’s diary as part of Ninja Theory’s Dreadnought Diaries series. The game is again set in the 9th century, and players will follow Senua to several different Icelandic locations that have been recreated as authentically as possible.

The first game in the Hellblade series sees Senua coming to terms with her demons and accepting her loss. Senua’s Saga: Hellblade 2 will most likely continue Senua’s intense battle with psychosis, with Norse mythology also playing a key part in the game’s setting. Hellblade 2 could also possibly be about Senua obtaining vengeance for Dillion by defeating the Norsemen who killed him.

Fans are hoping to see an improvement in the gameplay, such as more complex attack combos and the possibility of a more intense combat experience overall. The trailer for Hellblade 2 provides a much creepier and threatening vibe than was given in Hellblade: Senua’s Sacrifice. Beyond the overall mood, the game will probably be a similar third-person action game to the first entry in the series.

Will Senua’s Saga: Hellblade II be Available on PlayStation?

Senua’s Saga: Hellblade 2 is releasing exclusively for Xbox and PC. This has been confirmed on Twitter by none other than Aaron Greenberg, who is Xbox’s General Manager of Marketing.

This is a rather surprising outcome for PlayStation fans of the series, considering Hellblade: Senua’s Sacrifice was available on PlayStation. In fact, it was released for PlayStation and PC first, heading to Xbox around 8 months later. A year after that, the game also made its way to Nintendo Switch.

Unfortunately, this time, Hellblade 2 is an outright Xbox exclusive. Microsoft acquired Ninja Theory, the game’s developer, in June 2018 with an offer of full creative independence. Due to this merger, all Ninja Theory games will now be released exclusively for Xbox.

Hellblade 2 will be playable on the Xbox One and Xbox Series X & S, though Xbox One will not provide the best-looking version of the game. The sequel will also be available on PC. In short, there will sadly be no Hellblade 2 release for PS4 or PS5.

READ NEXT: Is Horizon Forbidden West Coming to PC?