Hell Is Other Demons (PC) REVIEW – A Worthwhile Trip To Hell

Hell Is Other Demons goes the distance in its refined and frantically paced gameplay that captures the nostalgia of 8-bit arcade shooters. 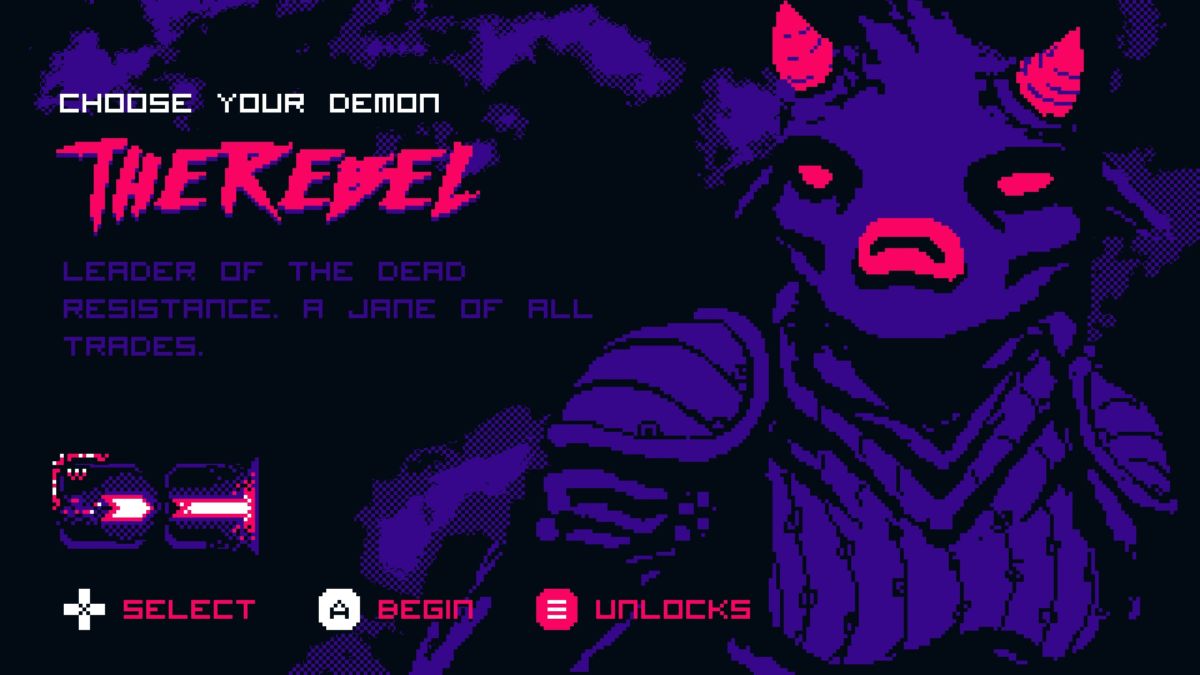 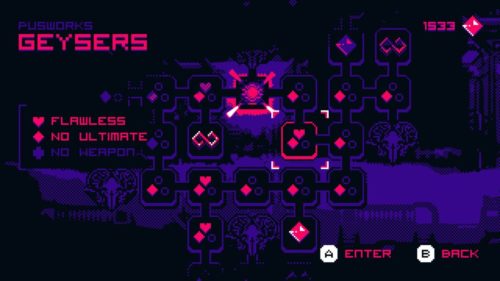 Arcade shoot ’em ups are a dime a dozen within the indie games space, but Hannes Rahm, the one man developer behind Cuddle Monster Games, shows that there’s still refined and crazed fun to be had. Hell is Other Demons, an arcade shooter with a retro pixelated aesthetic for the Nintendo Switch and PC, pits the player against increasingly difficult waves of demonic abominations. Its old school 8-bit aesthetic and synth heavy techno soundtrack provide a stylized backdrop to responsive and challenging arena shooter gameplay.

You play a nameless demon resurrected to lead a revolt against the forces of Hell. This thinly developed story is serviceable enough that it provides context for the several challenging hours of its demon-slaying-focused campaign. After a brief tutorial, the player sets out to complete a map filled with standard combat and endless wave arenas, and shops to buy new gear. Combat arenas consist of waves of enemies that must be defeated before the player is allowed to proceed to the next. Endless arenas present a never-ending assault of waves. 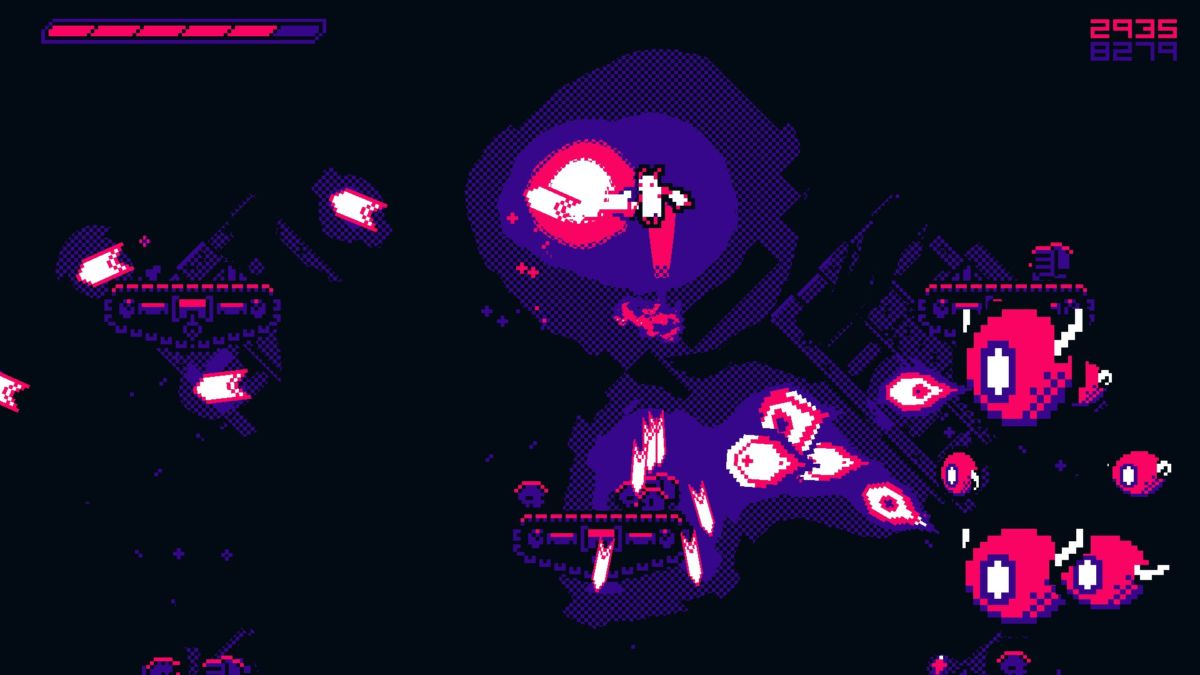 Gameplay is fast and ferocious as the player can only sustain a handful of hits from enemies before succumbing. Arenas begin simply enough, but the farther the player progresses the more a variety of environmental hazards — such as rising acid pits, laser barriers and revolving saw blades — are introduced. On their own, they’re easily avoidable, but when maneuvering multiple enemy projectiles, they exponentially increase the difficulty. While the width of arenas is very restrictive, their verticality is expansive, allowing the player to double jump and dash out of harm’s way.

Aiding the player in dispatching these demonic forces are a variety of abilities and firearms, which can be mixed and matched at the player’s discretion. Firearms with different fire modes — such as a wave gun, boomerang, or an exploding cat launcher — are highlights amongst a fairly standard, but adequate arsenal. More interesting are purchasable abilities which can increase the height of the player’s jump, a more significant health bar, or gun boots, all of which can give the player that extra edge. 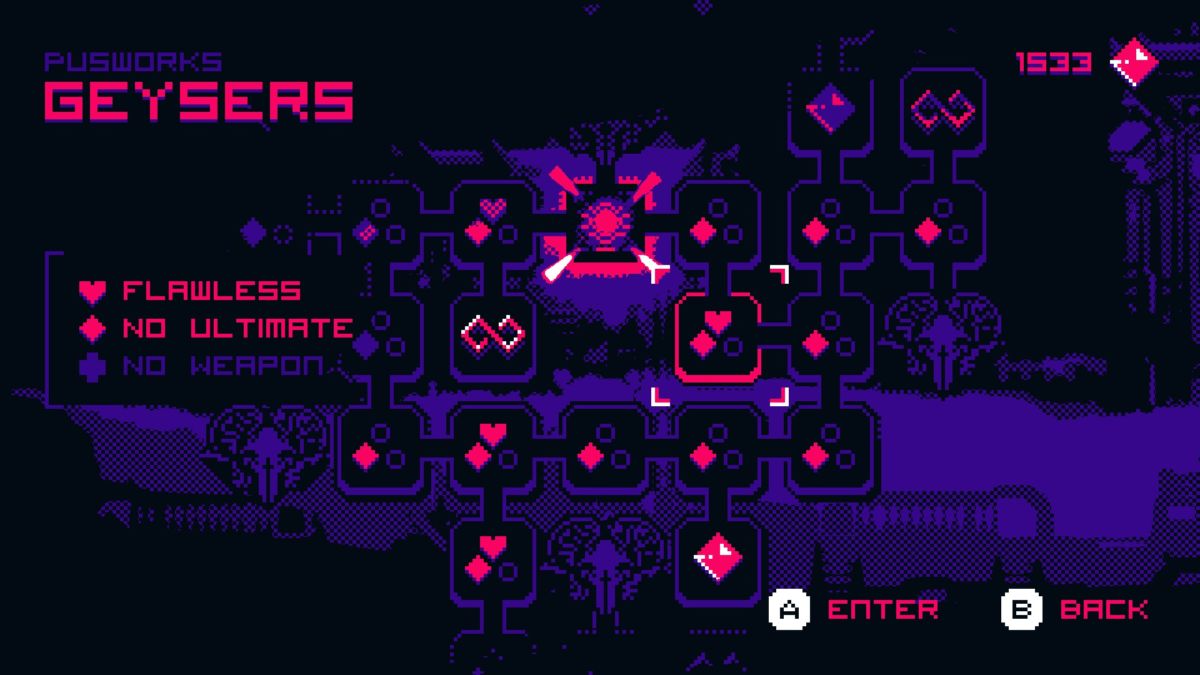 Before each mission, the player has a limited number of energy points they can spend to equip items. This prevents the player from ever feeling unstoppable, providing a sense of balance that promotes combat experimentation. This experimentation is satisfying as it often resulted in my utilizing styles of play that I may not have normally attempted. This becomes imperative at several points in the game when the difficulty spikes drastically, either from enemy or environmental factors. Timing is everything as a single bump from an enemy will negate the player one precious life bar, with more advanced enemies negating two. This difficulty spike is jarring given that some areas I found to be more difficult than boss fights, which while larger than life, were fairly straightforward.

Rounding out the means with which to survive arenas are ultimates. Ultimates are brief but devastating attacks that have catastrophic results for any enemy caught in their path. To balance their insane damage output, ultimates cost energy charges which are earned periodically from killing enemies. Like weapons and items, ultimates can be purchased from stores scattered amongst the campaign map with gems earned from slain demons. As there’s no option to test drive items before purchasing, testing weapons and abilities in real-time forces the player to quickly master them. This can be annoying as most items are expensive, some costing tens of thousands of gems, and require replaying several arenas. 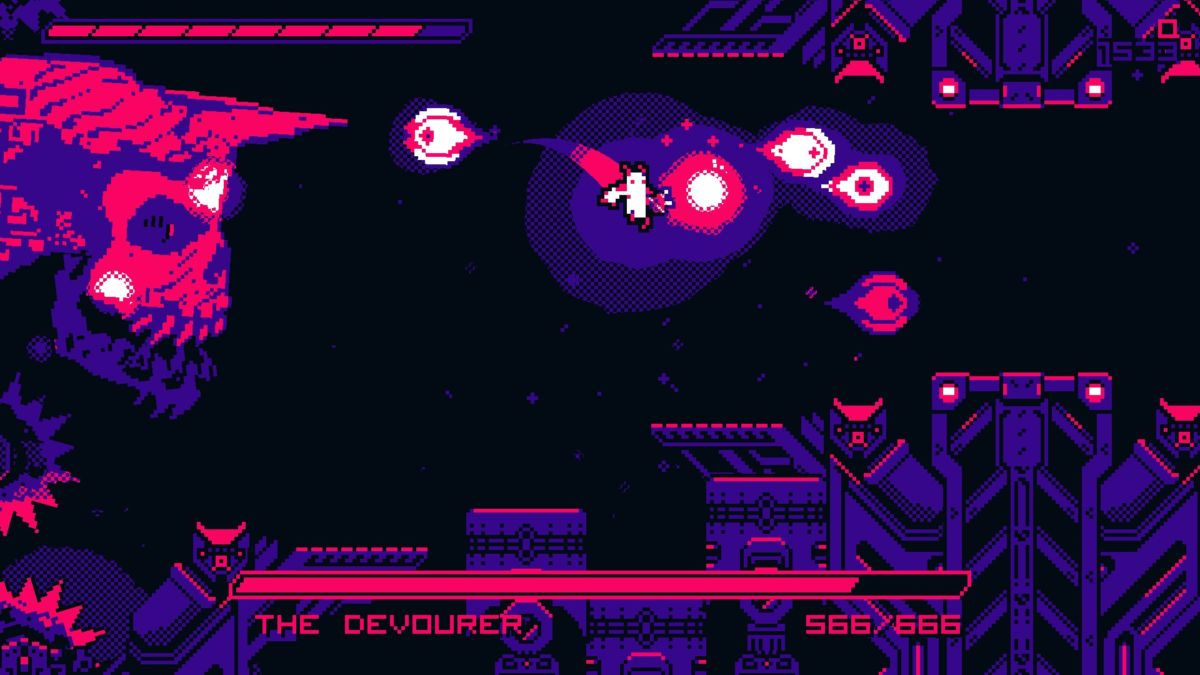 This is where the welcomed gameplay variety found within Arcade Mode comes into play. After selecting a demon with a class specific load-out, the player is faced with standard combat waves of procedurally generated arenas. The variation comes in the form of a reward of a new ability or weapon to equip at the end of each completed wave. Unlike in the campaign, there’s the added weight to combat as death is final, and the player will start over from wave one upon dying. This makes the already frantic combat even more so, while also serving as a way for the player to test drive easily accessible abilities and weapons before they shell out hard-earned gems.

Inline with its 8-bit inspiration, Hell is Other Demons sports a retro aesthetic which has a starting game-gear-esque color scheme. While the initial scheme, “Boneyard”, is perfectly serviceable, schemes introduced in other arenas, without warning, are not. These different palettes easily distort and blur environments, enemies, and most problematically, projectiles. A simple trip to the options menu allows the player to revert to the original, or any, color scheme, but having to go digging for a solution is an unnecessary annoyance. While I didn’t have any issues with “Boneyard,” some may find extended plays to be difficult if the vibrant Virtual Boy esque colors don’t jive with them.

Verdict
Hell Is Other Demons goes the distance in its refined and frantic gameplay that captures the nostalgia of 8-bit arcade shooters.
8