Without costars doomed to show him up at every turn, Clint Barton comes off quite charming. 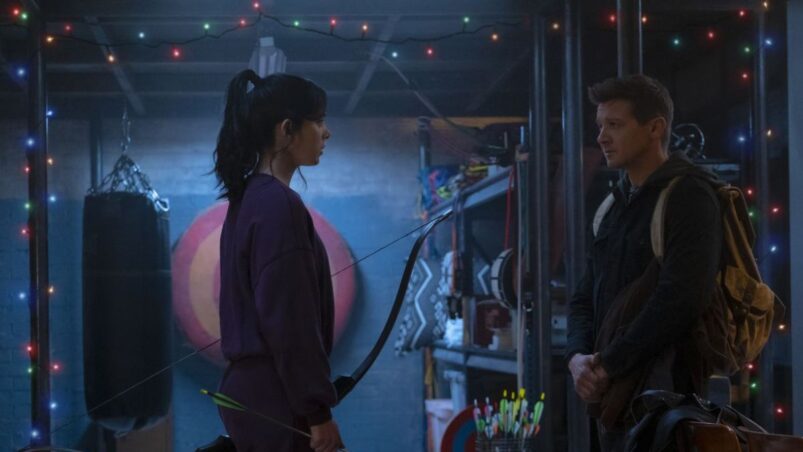 The Hawkeye name has had many a discouraging adjective flung at it over the years. Forgettable, bland, vanilla — I will stop in deference to the seniority of the character (as is the Indian way). It’s understandable why Hawkeye’s fanbase is relatively smaller in comparison to the other Avengers. Out of the original six founding members of the Avengers Initiative, he is the only one who is not an actual god, a literal superhuman, a Jekyll-and-Hyde rage monster, a trained assassin in skin-tight leather suits, or a genius billionaire playboy philanthropist™.

He has no romantic storylines, no superpowered suit, very little witty banter. Even though he has worked extensively for S.H.I.E.L.D. off-screen, most of his on-screen presence has been limited to moments like in Avengers: Age of Ultron, where, as he said himself, “the city is flying, we’re fighting an army of robots, and I have a bow and arrow. Nothing makes sense.”

With none of the Avengers present to outshine him in his new TV show, Jeremy Renner’s Hawkeye finally gets some room to breathe and emphasise his unique, lovable qualities. Turns out he is still a grumpy dad either way (now also with explosion induced hearing loss), so the show gets Hailee Steinfeld’s Kate Bishop to do the outshining for this one.

The plot (loosely based on the comics by Matt Fraction and David Aja) follows the journeys of both Hawkeyes – Kate and Clint – as they unleash their reluctant (Clint), somewhat bumbling (Kate), but badass dynamic on the streets of New York. After losing them to the Blip, Clint is making the most of his second chance with his kids by taking them to experience Christmas in New York. Although this was the one place where we could have seen more of her, Linda Cardellini as Laura Barton is mostly absent for no discernible reason in the first two episodes.

Meanwhile, Kate is a spunky 22-year old rich kid from Manhattan who modelled her archery career on Hawkeye himself, having been saved by him during the Battle of New York. Because all Marvel leads have to experience some kind of family tragedy, Kate lost her father at a young age, and has sworn to protect herself and her mother ever since. She crosses paths with Clint when she gets mixed up with an artefact from his troubled past as Ronin, the grief-fuelled vigilante that targeted organized crime in the five years following the disappearance of his family. Now they need to bring down the (multiple) bad guys together, all in time for Clint to go home for Christmas.

That is all I will be saying about the plot in this review, but it must be said that it is not one of the strongest elements of Hawkeye. There are several inconsistencies in both plot points and dialogue so far, and we have 2/3rds of the show left to go. An example is when Kate gives him a lampshade-filled lecture about needing to be more famous as a person, while the first two episodes show Clint getting recognized at theatres, receiving free meals, and being asked for selfies while on personal business. There are also places – like Kate’s ruined house in the beginning – where the CGI is noticeably bad, and it makes you wonder how much effort Marvel actually put into this project.

It’s not all bad, though. Some of Clint’s most heartfelt scenes so far have been when he played the father-adjacent role for Wanda Maximoff, and he does similarly well here. His chemistry with Hailee Steinfeld is lovely to watch, and together, they manage to breathe life into the ‘reluctant mentor-enthusiastic mentee’ stereotype.

Hailee Steinfeld herself is as Hailee Steinfeld as ever, and brings her usual likable energy to the role. Tony Dalton (Better Call Saul) as Jack Dusquenes rounds off the Christmas theme by bringing the Grinch-iest of smiles and the shadiest of motives, while Vera Farmiga as Eleanor Bishop is criminally underused in the first two episodes. Christophe Beck’s cheery score plays up the Christmassy feel of the show, and I noticed the opening notes of the theme were eerily reminiscent of the theme from Narnia, which also features a bow-toting girl in the lead.

A definite plus point of the show is that, thus far, there are little to no signs pointing to the imminent end of the world, which is a refreshing change of pace for the MCU. With WandaVision’s grief-ridden storyline, Falcon and the Winter Soldier’s themes of violent worldwide revolution, and Loki’s fractured multiverse, it is a breath of fresh air that the bad guys in Hawkeye are people that call each other bro every three minutes and are named the Tracksuit Mafia.

With four episodes to go, we will likely be seeing Florence Pugh’s Yelena Belova from Black Widow, as well as more of Alaqua Cox’s Echo. Both characters have tie-ins with future Marvel projects as well, so it should be interesting to see what part they have to play. I am also hoping for more insight into Clint’s days as Ronin, which have so far only been alluded to through flashbacks from Avengers: Endgame.

The real challenge with Hawkeye would be to prove the necessity of its existence, as Marvel fatigue is becoming a real phenomenon. Until 2019, Marvel had released a maximum of three major projects a year. After the one year break in 2020, MCU fans have been absolutely bombarded with content. By December, we would have a whopping nine Marvel projects in 2021 alone – three TV shows and four feature films. Despite the volume of stories, there have not been many storylines that had meaningful crossovers or directly impacted the overarching MCU storyline yet either.

Another potential risk is whether the show will manage to continue the low-stakes, lightweight tone it has struck in the first two episodes. There are about four storylines have been capably set up in the first two episodes, but if the show is intent on pursuing all of them till the end, it runs the risk of repeating the same mistakes as The Falcon and the Winter Soldier – giving us another finale with too many meandering plot threads and no satisfying conclusions.

The first two episodes of the show have left me cautiously optimistic. Clint and Kate have a delightful dynamic, and the low stakes premise so far has been entertaining enough. Hopefully Hawkeye can keep the momentum going till Christmas. 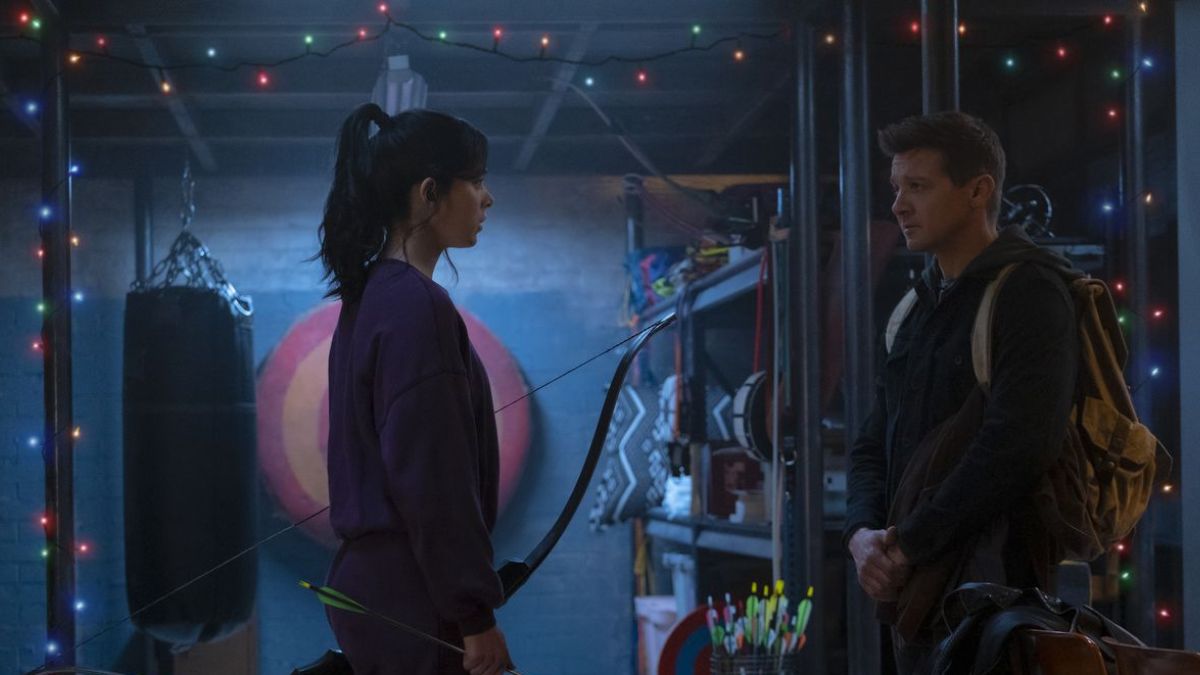 Verdict
With relatively low stakes, sparkling chemistry, and grounded hijinks, Marvel’s show about its least charming character is off to a decent start.
7
Cultured Vultures is a pop culture website established in 2013 covering all things gaming, movies, and more. We eat your words.
All The News On The Biggest Games