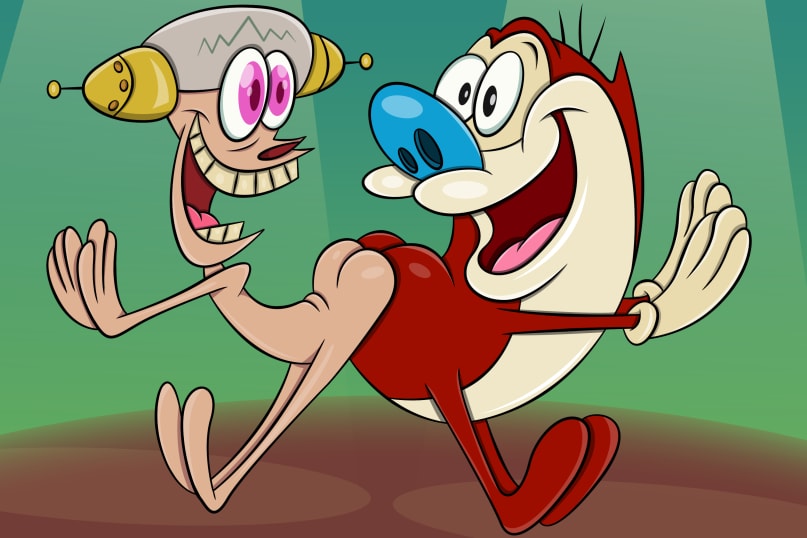 You may recall that back in July we brought you news of Happy Happy, Joy Joy, a documentary about the immensely popular Nickelodeon cartoon series The Ren & Stimpy Show, which was raising funds on Kickstarter. Unfortunately, the campaign ended up falling short of its goal, but Ren and Stimpy fans need not despair, because it’s been re-launched on Indiegogo. And this time, instead of the original hefty goal of $289,400, they’re only trying to raise a modest $70,475, which I’m confident they will achieve before the campaign ends next month. They’re already more than halfway there.

If you never watched The Ren & Stimpy Show (believe me, you’re missing out on a lot), it was an edgy cartoon allegedly aimed at kids about the exploits of a cat named Stimpy and a chihuahua named Ren, who may or may not have been a in a relationship. It was followed by an adults-only spinoff called Ren & Stimpy “Adult Party Cartoon”.

Because Nickelodeon have clearly decided to retire the duo, it looks like this new documentary might be the only thing which will truly give Ren and Stimpy the attention they so rightfully deserve. If you’re a fan, head over to Indiegogo now to make sure it happens.