13 Halloween Books You Should Read (If You Dare)

Now that October is here, you’ll likely be looking for some good horror books to read. Of course, there are so many out there, it can be difficult to know where to start. So here are a 13 recommendations for you. From the literary equivalents of B-movies to classics, there’s something for everyone here.

Flesh Gothic by Edward Lee
If schlock is what you’re looking for, this sex and gore filled haunted house novel by Edward Lee more than delivers. After a ritualistic mass murder in the Hildreth House, the owner’s widow hires a team of investigators to find out exactly what happened. It’s a familiar setup, but Lee makes Flesh Gothic

a fun ride. If you’ve got the stomach for it, that is.

Night in the Lonesome October by Richard Laymon
The late Richard Laymon is infamous for his boundary pushing horror fiction. My favorite I’ve read by him, however, is this more subdued (for Laymon) and meandering (in a good way) novel. When a college student is dumped by his girlfriend, he takes to walking alone at night. He begins to discover the strange things that come out when the sun goes down. Night in the Lonesome October

has the ability to keep you turning the pages despite the lack of a tight plot and expertly blends the mundane with the fantastic in a believable way. 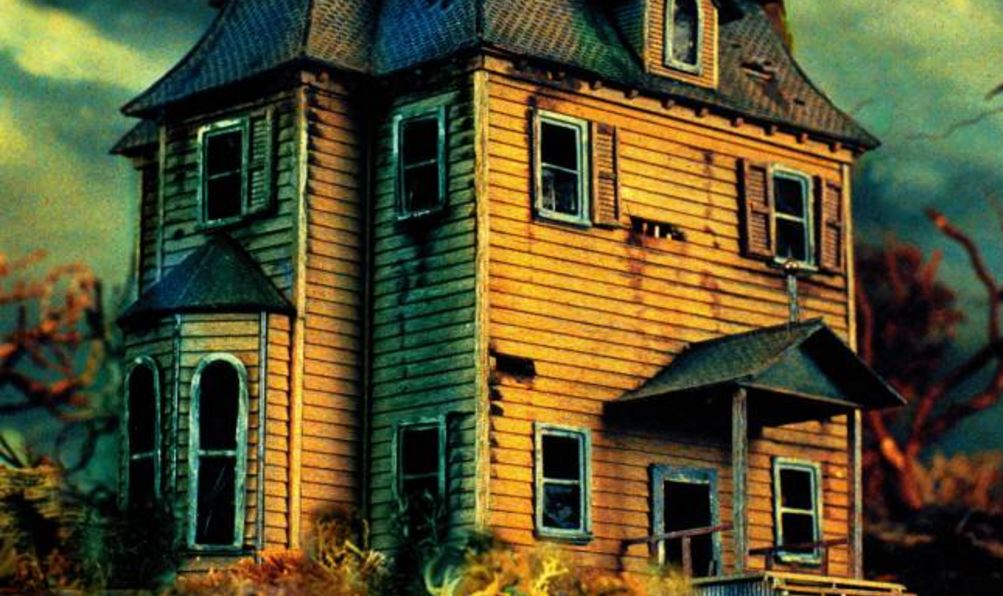 Dark Hollow by Brian Keene
A story of a blue-collar community using folk magic to fight an evil satyr terrorizing them seems like a cheesy plot. Keene, however, uses his first hand knowledge of Pennsylvanian “pow-wow” to make it very convincing in the most horrifying way possible. Dark Hollow

is a book that’s fun to read, but also makes you want to turn away for the ways it disturbs you on many different levels.

A God of Hungry Walls by Garrett Cook
A ghost story from the perspective of the ghost. Most haunted house stories begin with a slow build-up and end in a big climax. Not Cook’s novel. This book grips you by the throat from the get go and doesn’t let you up for air until it’s over. What Gaspar Noe’s Irreversible is to rape and revenge films, A God of Hungry Walls

is to the haunted house genre. A transgressive and truly disturbing read.

The Girl Next Door by Jack Ketchum
A story based on true events in which a pair of young girls find themselves at the mercy of their mentally ill aunt. I haven’t read many things that I would say disturbed me on a deep, psychological level. The Girl Next Door is one of the few. I don’t say that lightly. It’s a devastating read, but it’s worth reading because of that. If you find this book too heavy, and I wouldn’t blame you if you do, check out Ketchum’s Off Season instead. 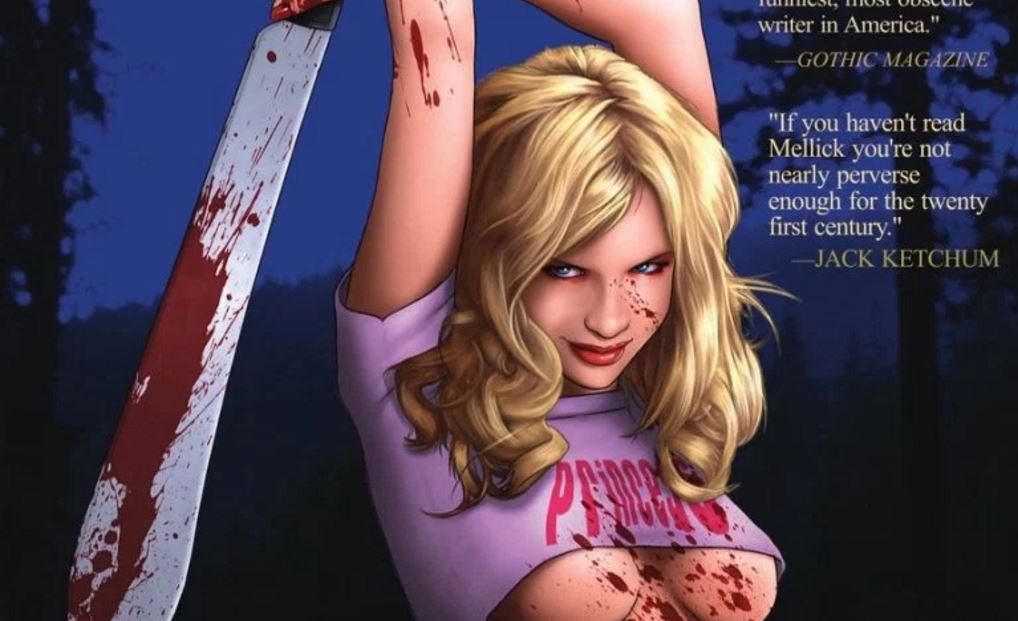 Dweller by Jeff Strand
Here’s another horror novel that will break your heart. Strand’s Dweller

is about a young boy who meets a monster in the woods. At first, he’s frightened of it. However, he ends up befriending the creature. The friendship they develop becomes so deep, it follows the boy into his adulthood. More of tragedy than a horror story, it’s still worth picking up for a different kind of Halloween read.

Apeshit by Carlton Mellick III
A group of teenagers go camping in the woods and find themselves being stalked by something undead. This is the godfather of bizarro fiction’s love letter to B-grade slasher films. Like most of his work, it’s ridiculous, over-the-top, and so much fun to read. If you’re a horror fan who’s also looking to get into bizarro fiction, Apeshitis perfect.

The Association by Bentley Little
A couple buys a home in a gated community. They soon find that the association that runs the community has some very strict rules. Little has a unique brand of absurdist horror that’s full of dark humor and social satire. The Association is a book that makes you laugh while at the same time pondering the horror of the idea that your house is not, and never has been, a safe place to call home.

Technicolor Terrorists by Andre Duza
After the destruction of the Toxic Brothers’ Traveling Carnival, the carnies are spread out all over the country where they cause all sorts of problems. This is novel-in-stories by bizarro horror author Andre Duza shows his breadth as a writer. Each of the stories has a different tone and plot and yet it all fits together. From creepy to hilarious to exciting, Technicolor Terrorists

is a fun and well put together ride, unlike most actual carnival rides. Given all of the recent stories about clowns stalking and attacking people, it’s also a more topical read than Duza likely intended. 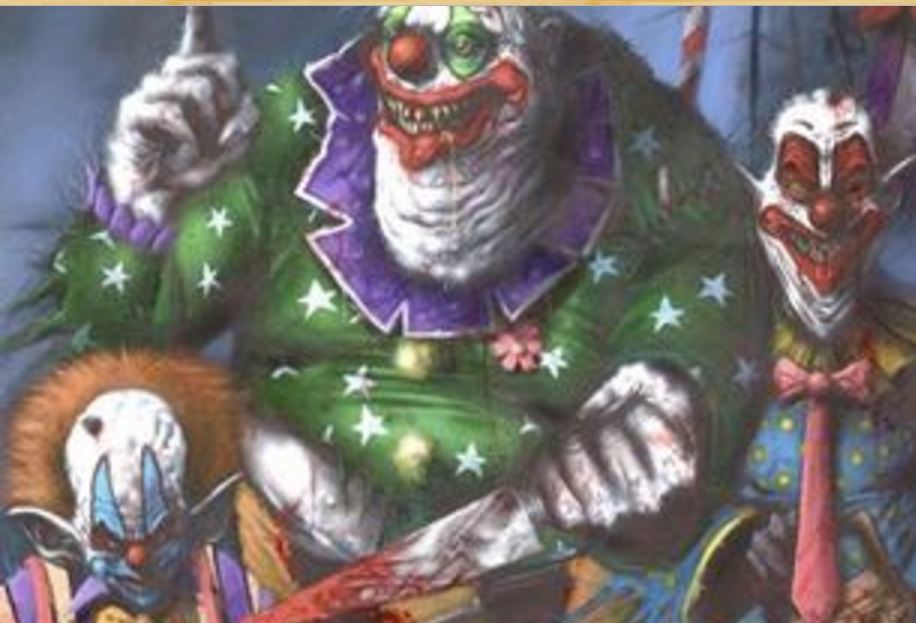 The Lottery and Other Stories by Shirley Jackson
The Haunting of Hill House seems like the more obvious choice for Halloween, and while that’s a good novel, I enjoyed this collection of short stories more. Most of you have probably read the titular story for school, a story of the destructiveness of mindless adherence to tradition, but the rest of stories are just as good. They all explore the neuroses of the mid-20th century America in ways that are both disturbing and engaging. If you want a good read about the horror of everyday life, pick this up.

The Best of Joe R. Lansdale
This collection of short works by Lansdale isn’t entirely horror, but it has some of his best horror works. It includes “Bubba Ho-Tep,” the basis for the cult classic Bruce Campbell movie, the Masters of Horror adapted “Incident On and Off a Mountain Road,” and the infamous piece of nastiness “Night They Missed the Horror Show.” Even the non-horror works here are winners, from the Southern Gothic mystery “Mad Dog Summer” to the historical fiction novella “The Big Blow,” every piece here is excellent in one way or another.

Houses Without Doors by Peter Straub
This collection of strange and haunting stories made a big impression on me when I read it at a young age. This collection includes works like “The Juniper Tree,” a story which Nick Cave adapted into a song, “A Short Guide to the City,” a unique serial killer story, and “Mrs. God,” an engaging piece of psychological horror. These stories have a way of getting under your skin, even as the horror is rarely made explicit.

Skeleton Crew by Stephen King
I couldn’t not include a King book on here. He’s an author whose impression on the horror genre is absolutely undeniable. I devoured many of his works in high school, and this was among the first I read. The most well-known works are probably “The Mist,” in which the titular mist envelopes a small town and the residents find that it hides vicious monsters, and “The Monkey,” in which a family discovers a cursed cymbal-banging monkey toy. There are other excellent works here as well, such as “Paranoid: A Chant,” a solid poem about paranoid individual, and “The Jaunt,” a science fiction horror tale. This collection may not be King’s best work, but it’s one that made a big impact on me and one that’s well worth reading if you haven’t.