Gunjan Saxena is an enjoyable, even inspiring family watch with reasonably decent performances. 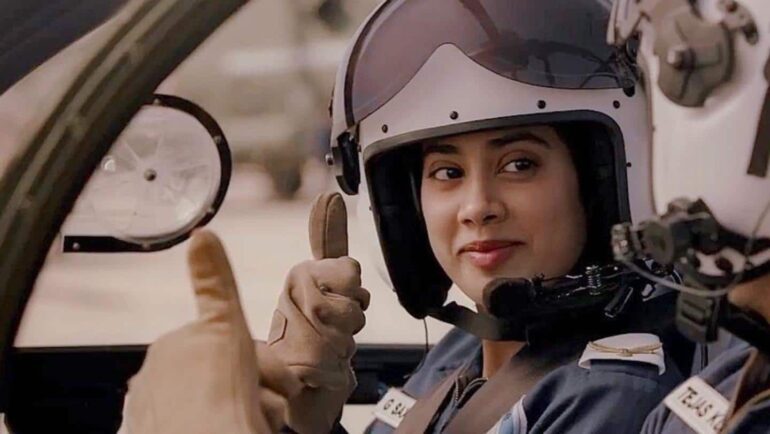 The complete revamp of the film theatre experience (courtesy COVID-19) means that the week of Independence Day 2020 did not have as many movies dripping with patriotic fervour as its predecessors. It did however, give us ‘Gunjan Saxena: The Kargil Girl’ – the (mostly) true story of Flight Lieutenant Gunjan Saxena, who was one of the first Indian women to go to war and fly into a combat zone.

Since its release, the film has been the subject of debate on online media platforms, with irate statements that the creative licensing taken with the story casts an unfavourable light on working conditions within the Indian Air Force, especially for women. The conversation centered around a letter from the IAF itself to the Censor Board, as well as letters from Lt. Saxena’s batchmates claiming that they did not face as extreme levels of discrimination as is shown in the film. However, a week after the film was redirected from the theatres to its Aug 12 premiere on Netflix, it still remains No. 1 on Netflix India’s Top Ten titles, so it is clear that audiences approve. But I digress.

The film begins by placing the viewers directly into the action, and then goes into the past to trace Saxena’s journey towards actualising her dream of becoming a pilot. Bright, hardworking and driven Gunjan is finally accepted into the Indian Air Force, only to combat the internalised misogyny and less than welcoming conditions of a so-far male dominated Air Force.

Janhvi Kapoor’s casting as the titular Gunjan is perhaps unfortunate timing in light of the present conversation about nepotism, but she delivers an above average performance with the given material, and a total of about three standard yet effective facial expressions. The highlight of the movie, both in terms of character and acting, is Pankaj Tripathi as Retired Colonel Anup Saxena, Gunjan’s supportive father. When both Gunjan’s mother (Ayesha Raza) and army officer brother (Angad Bedi) oppose her lofty ambitions, it is her father who is her sole cheerleader, supporter, and shoulder to cry on.

Both Colonel Saxena and Gunjan’s Commanding Officer Gautam Sinha (Manav Vij) portray the importance of male allies (not saviours) in the personal journeys of women, especially in male dominated establishments. The bevy of sexist officers led by Vineet Kumar as Flight Commander Dileep Singh duly inspire a boiling rage, which means they have fulfilled their roles as well.

Despite debut director Sharan Sharma creating a final product that is quieter and less romance-ridden than the average Bollywood film, one can still make out the pronounced ‘Yash Raj Films’ stamp on the film from the get go – whitewashed female lead, emphatically one note characters, star kid protagonist – you know the drill.

It must be noted, however, that the film does not show Gunjan as having to conform to traditionally masculine behaviour in order to gain overdue respect and recognition – she only needs to be consistently competent at the job she is tasked with, while waiting for the establishment to change for her instead of vice versa.

Moreover, unlike most films in the ‘Indian army must defend nation’ genre, writers Sharan Sharma and Nikhil Mehrotra stick to the promise of the movie’s title and focus on the individual and her journey instead of liberally sprinkling in poorly disguised uber-nationalist sentiments or overlong fight sequences against barbaric enemy soldiers. That the story is set against the backdrop of the Kargil War and still does not take pot shots against Pakistan is commendable, especially when placed in the context of general themes in Bollywood war movies.

All in all, I can easily see my eight year old self watching this and wanting to be a pilot like Gunjan Didi. Sure, that would probably fizzle out after a while and my career ambitions would shift to the likes of circus artiste or aerospace engineer, but it must be said that people (and films) like Gunjan Saxena allow individuals like me to dream all those dreams with equal seriousness, and that is more than what many could have hoped for just a few decades ago. 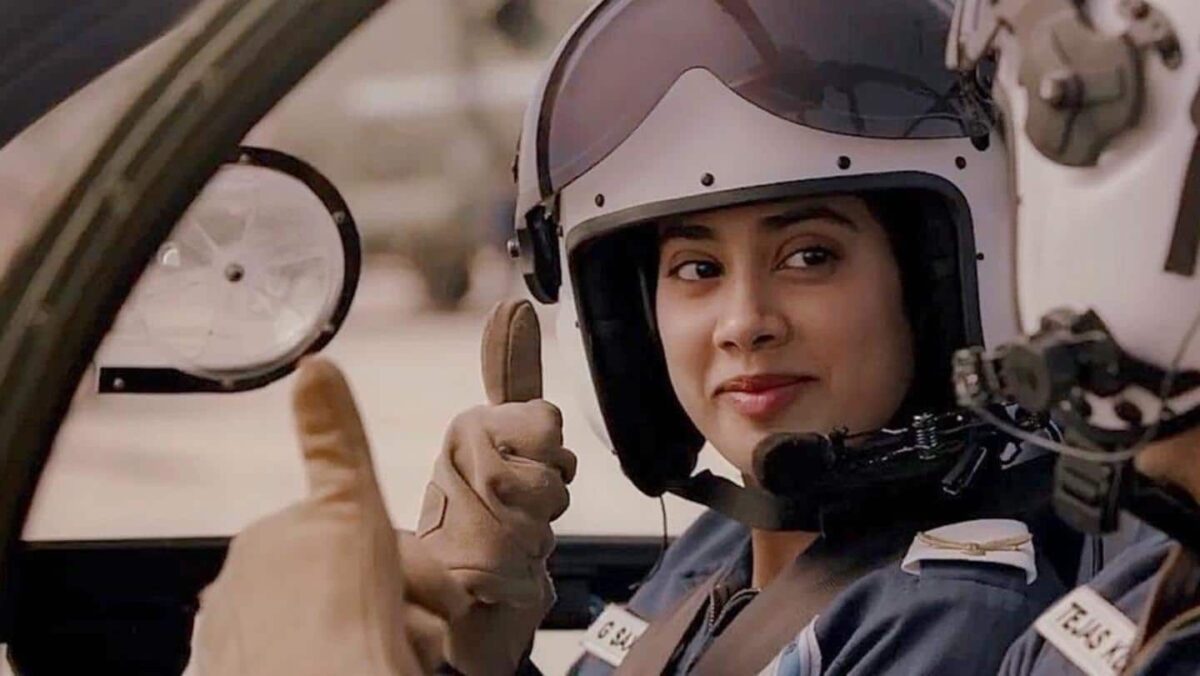 Verdict
Gunjan Saxena is an enjoyable, even inspiring family watch with reasonably decent performances. While the film cannot be taken at face value for its portrayal of the Indian Air Force, Sharan Sharma’s retelling can claim partial credit for any spikes in juvenile avian ambition.
7
Cultured Vultures is a pop culture website established in 2013 covering all things gaming, movies, and more. We eat your words.
All The News On The Biggest Games