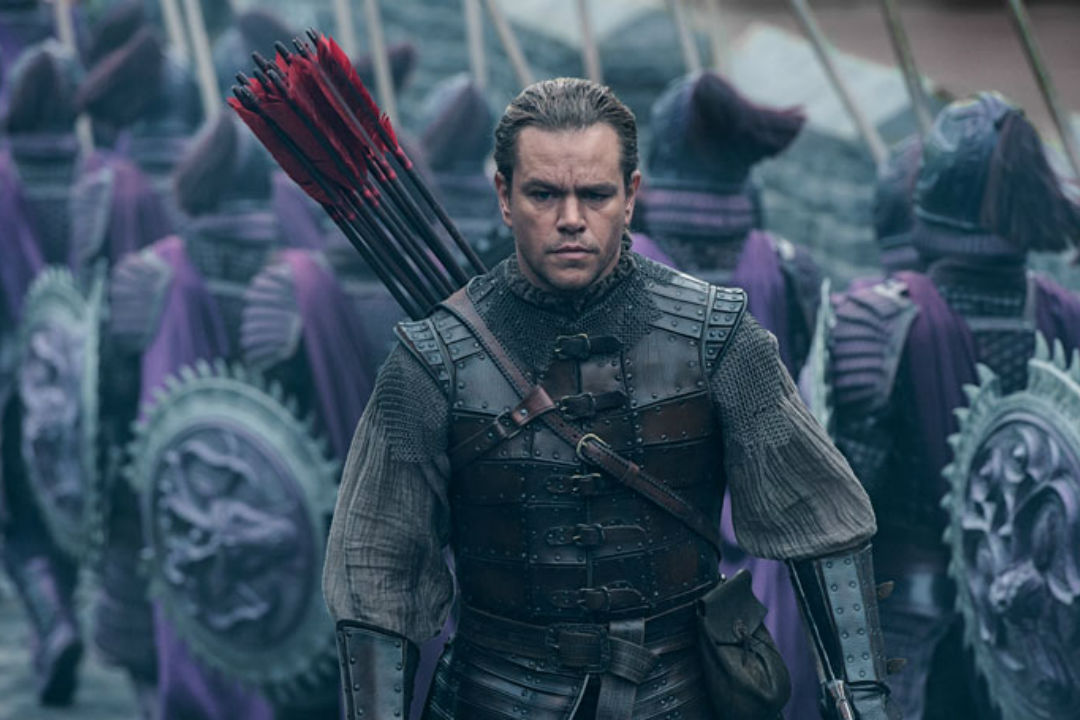 Don’t hold your breath for future film collaborations between major US and Chinese studios, because The Great Wall has crumbled down at the box office. The film’s current worldwide total stands at $302,772,815, which is significantly below expectations.

Distributed in China by China Film Group and by Universal overseas, The Great Wall cost $150 million to make, and that doesn’t even include marketing costs. It was directed by top Chinese film maker Zhang Yimou, who you may know for Raise the Red Lantern, House of Flying Daggers, and Curse of the Golden Flower, and starred Matt Damon, because they needed to get an A-lister to make it appeal to US viewers, which clearly worked out well. The historical fantasy adventure was not a hit with critics, or, as it turns out, with audiences.

In the US, The Great Wall has currently earned a total of $36,572,815, which is a noticeably low amount for a film released in over 3000 theaters. It performed much more strongly in China, where it has grossed $170,873,575, although even this will not be enough to save it from being a flop.

The box office failure of The Great Wall will cause its investors to suffer a loss of around $75 million, which will kill any possibility of a sequel and will also make American and Chinese film studios hesitant to collaborate again. Even Donald Trump couldn’t raise this wall.