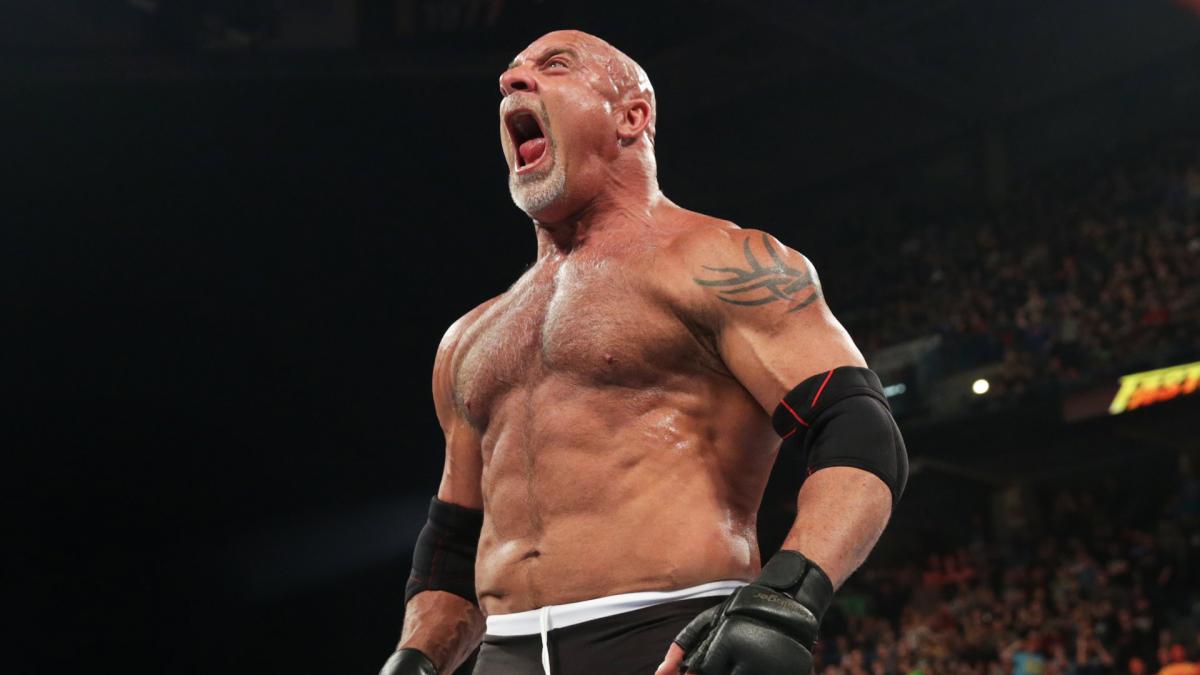 Rumours have circulated over the weekend detailing WWE’s plans to book Goldberg vs. Bobby Lashley for one of SummerSlam’s two blockbuster main events. WWE are hoping to make this year’s SummerSlam one of the biggest of all-time, with two stellar championship main events featuring A-list talent such as John Cena and now the former Universal Champion, Goldberg.

Even though this match is yet to be officially confirmed on RAW, it seems highly likely considering the amount WWE rely on Goldberg to put on big shows, his most recent appearance being against Drew McIntyre at the Royal Rumble in January. I’d expect to see Goldberg re-emerge on this week’s episode of RAW to coincide with the return of the fans and to capitalise on the excitement from Money in the Bank. Goldberg will hedge his bets for a shot at the Universal title, and will be granted that opportunity without any need to prove himself worthy, because he’s Bill Goldberg,

Originally, fans had their hearts set of an anticipated clash between Bobby Lashley and ‘The Beast Incarnate’ Brock Lesnar. This match has been on everyone’s mind since Lashley first returned to WWE in 2018, with the two having a similar stature and wrestling style, bringing in traits of MMA into their hard-hitting affairs. Lashley hasn’t quite had a ‘big fight’ in WWE yet, and that’s not counting the WrestleMania clash with Drew McIntyre either. It’s about time ‘The All Mighty’ is granted a marketable main event, especially now he’s waving the flag for Monday Night RAW.

Goldberg however doesn’t seem to fit the bill for that match. Yes, he’s a legendary performer and he’ll likely send a crowd wild when he comes hobbling through the dry ice, but is this really the match we need to see at SummerSlam? Short answer, no.

Goldberg has done everything he needs to do in the twilight of his career. He’s been a Universal Champion, headlined a WrestleMania against Brock Lesnar, put over the likes of Drew McIntyre and Braun Strowman and then almost killed the Undertaker in Saudi Arabia. Granted, he’s still a huge money maker for the company, and when thinking of marquee names that can still look convincing in a pair of tights, Goldberg is one of those few names, but Lashley doesn’t need to putting over, and should he lose this match, it would send him into career oblivion.

Regardless of the end result, this will not be a good match. It’s going to be harsh and clunky to say the least, as neither man compliments the other’s style, unlike Goldberg/McIntyre where Drew could at least hit some high spots and keep the pace going. Lashley prefers a dominating, slow power game, in the same vein as Goldberg. Even though I’ll admit I’d quite like to see both men attempt a Spear at the same time, quite frankly I’d rather be watching other superstars go the distance in the time it takes for these guys to stare each other down, perform a test of strength and then spam their unlimited finishers.

If WWE really want to make this SummerSlam one for the ages, to help reinvigorate the WWE Universe and remind them of why WWE is the place to watch pro wrestling, then they really need to re-think putting on this championship match. Lashley should, at the very least, be given a match that he can sink his teeth into.

Kofi Kingston’s Money in the Bank title fight should be a lot of fun to watch, with both men having differing styles that could lead to a really fun 20 minute encounter. Depending on the end result, maybe go with a rematch between them two, giving way to KofiMania II? Failing that, there is plenty of talent that have been itching to get into the main event scene, so what better time to give some of the fans’ favourites a chance to shine under one of the biggest spotlights of the past two years?

With Roman Reigns vs. John Cena potentially headlining the entire show, there shouldn’t be that much of a need to put an equally big star in the other half of the show. Brock Lesnar could have been sold at a push, at the risk of taking the attention away from Reigns and Cena, but Goldberg however will just stand out as a stale act in comparison. WWE just need to give up on their lust for Goldberg and finally let him enjoy the well-earned retirement.

READ NEXT: Why WWE’s Stipulation Pay-Per-Views Need To End