God Of War’s Combat Is Let Down By Its Story 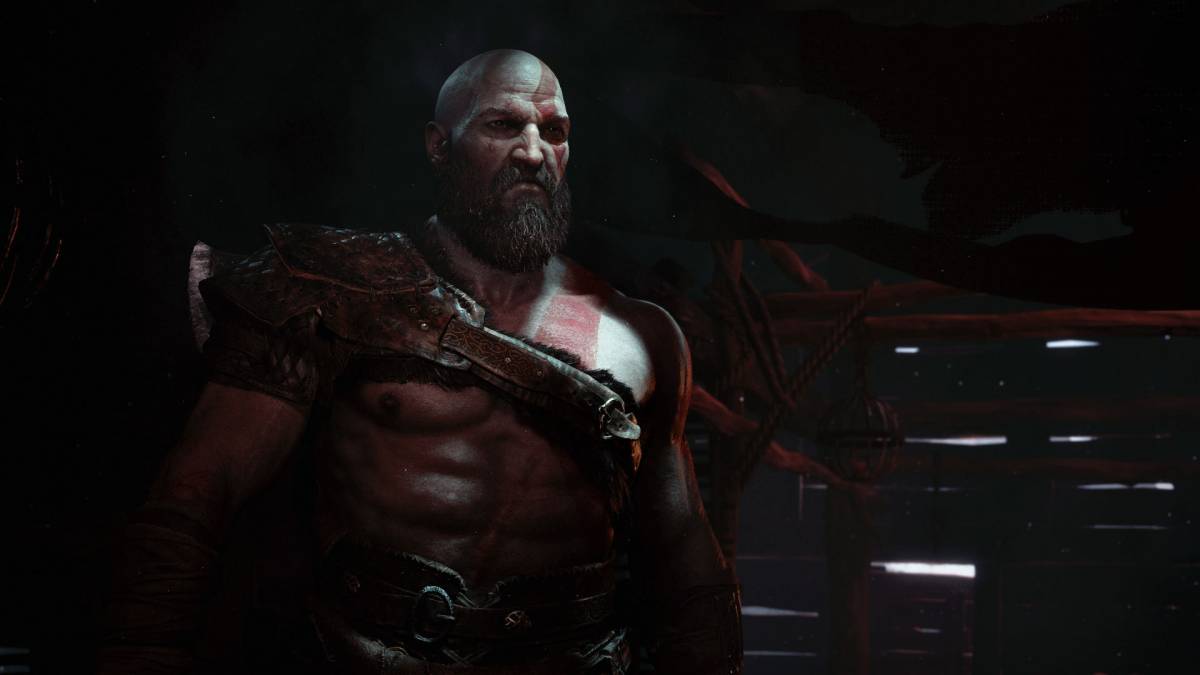 Hello there! Welcome back to our regular Pile of Shame series, where our gaming editor Ash rifles through his mound of unplayed games then actually plays them, the absolute mad lad. Who knows what he’ll think of next?

Last week, Ash talked how he poured a few hours into God of War, and thought it blew its load a bit too early. After sinking some more time into it, it looks like he still isn’t sold. Strap in people, Bad Take Bates is out in force.

You’re probably not even reading this, are you? You’ve just seen the headline and opening two paragraphs and thought “this dickhead doesn’t like God Of War?!” before going back to typing in all caps on a ResetEra thread about Spider-Man suffering an alleged graphical downgrade. Go on, go back to that other open tab. You know you want to.

As promised, I sunk more time into God of War with the notion passed on from my friends that it gets better as it goes on, and there’s some truth to that, but I’m still not entirely convinced on the game. This supposed 10/10 classic just doesn’t live up to the incredible hype put forth by literally everyone else.

The majority of the problems don’t necessarily stem from the gameplay, but from the story and the characters themselves. Killing hordes of monsters is brutal and hard hitting, especially when you activated Spartan Rage. Punching weird demon creatures as an angry Greek bastard doesn’t seem to get old. 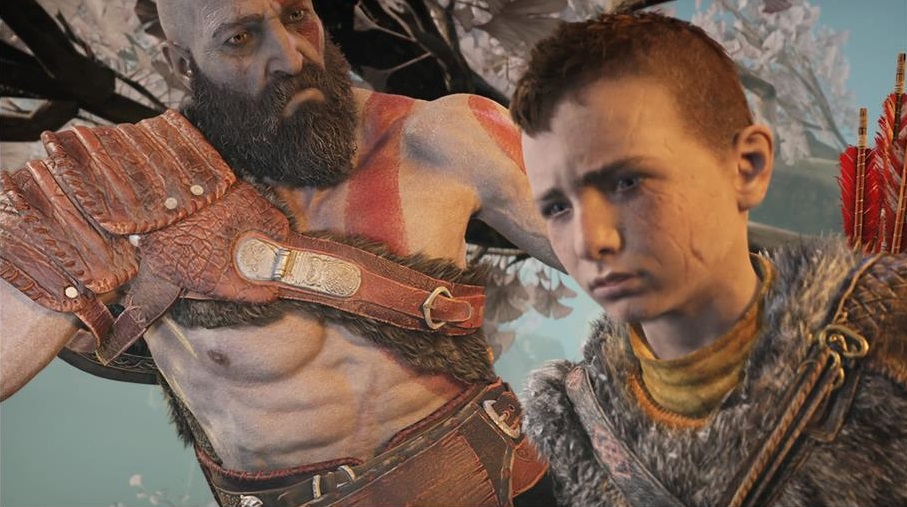 However, the relationship between Atreus and Kratos just doesn’t seem worth it for the majority of the game. The boy seems like a whiny little brat for the most part, though it’s justified by how cold Kratos is with him in the early going. Still, as Kratos slowly begins to open up to the BOY, we too begin to feel some attachment to him. We can understand more about why he is that way, because he’s just looking for his father’s approval, but then comes the heel turn.

His decision to be a full-on entitled pisslord from shit mountain when he learns that he’s a god feels forced, rushed and undoes any attachment we may have gained with him. It feels sudden and completely out of character. Had it been teased more throughout the game, it would have felt more meaningful, but Atreus goes from a meek child trying to do his best while also trying to understand more about his father to an arrogant shitstick that’s blatantly disobeys him in no time at all.

It’s a barely developed sub-plot that does have the potential to be explored later down the line, given revelations that occur during the end point of the game, so expect that in the inevitable God of War 2: Ragnarok Boogaloo. Kratos is going to have to dance to save Norse mythology from annihilation.

In fairness, you could argue that Atreus’ brief foray into absolute douchebaggery helps to show you how gods like Thor and Odin, gods typically associated with nobility and honour, have become utter pricks in the God of War universe. The affairs of the mortals would seem insignificant when you’re all-powerful, which you can see for yourself when Atreus starts giving Sindri shit for no reason. 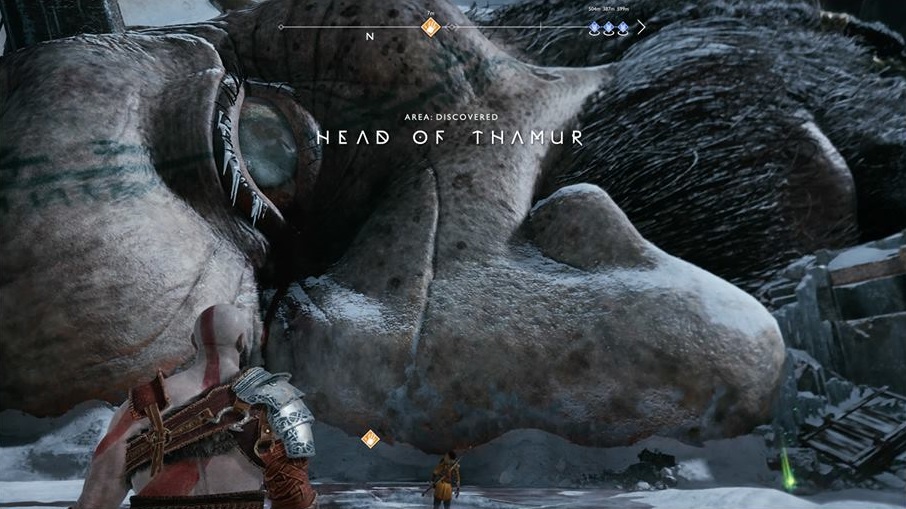 As for the story itself, it still feels like busy work. At every opportunity, the game tries to creatively come up with ways to prevent you from reaching your destination. Instead of just climbing the mountain and encountering threats along the way, you’re instead forced to abandon your quest to grab some special item that’ll allow you to progress.

I understand why God of War demands that the trip up the mountain takes a few detours, at least from a gameplay perspective. You’re constantly unlocking new abilities that allow you to explore new areas, making the game not too dissimilar to a Metroidvania title. It makes sense to allow the player to explore old areas with new tools so they can find new secrets, but it still makes the narrative pacing feel off. The momentum is constantly in a state of stop/start, and that’s without getting waylaid by side quests. 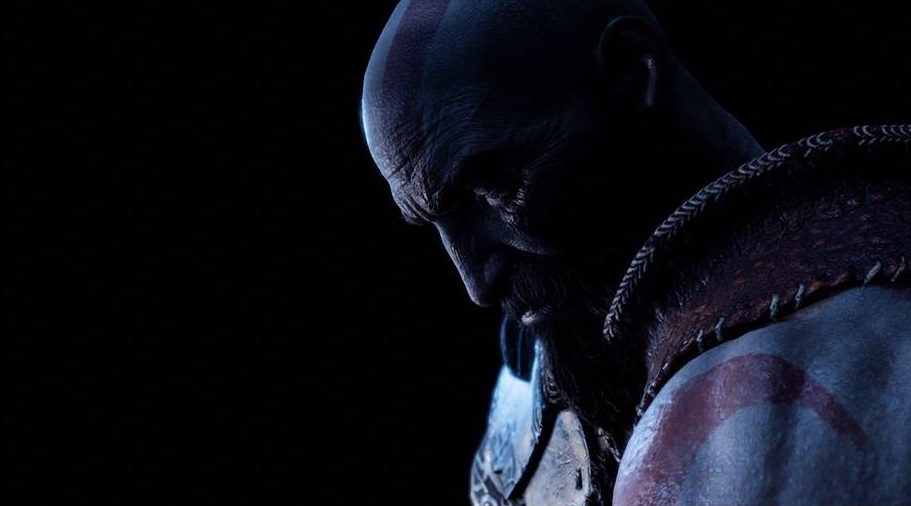 It’s not that I haven’t enjoyed God of War, though I feel like my enjoyment comes more from the gameplay more than anything else, and even then it took a long time for that to click. As soon as Kratos found the Blades of Chaos, playing God of War felt immediately more rewarding. The axe is fun, don’t get me wrong, but those twin blades help make Kratos feel more powerful and godlike in combat.

That said, I doubt I’ll be going back to the game to mop up collectibles and secrets like the majority of my friends did. Ordinarily, I’d say it was because I don’t have the time, but honestly, I just don’t care enough about the game. Now excuse me while I start playing Yakuza Kiwami 2.

That’s it for this impromptu and unplanned Norse Mythology month of the Pile of Shame. Next week, there’s no more excuse. Ash is going to play Resident Evil 7, even if it kills him, otherwise we’ll kill him.