If you currently feel like you’ve just been stripped off and frog-marched through a grimy city street filled with betrayal, remorse and unnecessary brutality, you’ve either been lied to by a timeshare agent or you just watched the Game of Thrones season 5 finale.

When season 4 rounded off, I definitely felt some rumbling compulsion to write something about it, but ultimately it would have just been a lengthy ramble about how and why it was really, really good. I know that’s kind of my bread and butter, but nobody really needed to throw their weight behind season 4 to assert that; it spoke for itself. Season 5 does not speak for itself.

I don’t think anyone was realistically expecting the latest season to even rival the unrelenting awesomeness of its predecessor, much less overtake it, but I don’t think anyone could have predicted what ended up happening. This has been the most turbulent, twisted, galvanising season since the show started, as well as being one of the most polarising seasons of any television show in the whole history of the medium. Now, let me make something clear from the outset: I’m trying to look at this not only from the perspective of a viewer, but also as someone who’s familiar with the books. That puts me in a bit of a weird position. Before, I’d have just stopped short of the point where the books overtook the show, but now the show has overtaken, deviated from, and fallen behind the books in one confusing fell swoop, like a kestrel flying into a telephone wire and thus being slingshotted into a light aircraft, bouncing off it and landing directly on a vole. Or something. I’m pretty much just going to avoid mentioning anything that hasn’t happened in the show yet, even if it might not ever happen, but other than that it’s all fair game as far as I’m concerned.

So, the framing question of this article is whether or not this season can be considered successful, and what it means for the show going forward. Neither of those questions have easy, or even definitive answers, but it’s still interesting to speculate on. The other thing it’s interesting to speculate on is exactly why so many things that happened this season sent so many fans into such outrage, and whether or not that outrage is justifiable. Most of that anger surrounds the fact that Benioff and Weiss (the showrunners) went on a full-on killing spree this season, with a whole host of characters still living in the books suffering grizzly deaths in the show. Barristan Selmy and Hizdahr both got stabbed into oblivion by the Sons of the Harpy, Mance Rayder was rescued from immolation by an arrow to the heart, the Lord of Bones got beaten to death (thus invalidating the survival of the former), Shireen Baratheon was horrifically sacrificed (read: murdered) to appease the Lord of Light, her mother hung herself, her father got Brienne’d and Mycella was poisoned. I’m drawing particular attention to those names because all of those characters are still very much alive in the books, the same goes for Jojen Reed, who died at the end of the previous season.

That means, sadly, that whichever version of things you’re drawing from, Jon Snow is in exactly the same position, lying in a pool of his own blood in Castle Black, stabbed to death by his own brothers. The reasons differ somewhat in the book, but the motive is more or less the same (albeit minus Thorne, who in the book has been sent off beyond the wall to keep him out of the way). The key difference is that in the book Jon’s survival was left ambiguous, whereas in the show (and according to Harrington himself) it’s pretty clear cut that Snow is down for the count. This is where the dilemma comes into play. Jon’s death rankles me, but, as I’ve been able to figure out, it rankles me because the watch just slaughtered the one brother who was making a realistic attempt to prepare for the White Walkers. If his demise signifies anything, it’s that they’re going to be even harder to stop now. That’s damn good storytelling, depressing, but damn good.

MORE: 9 REASONS WHY DAENERYS IS UNFIT FOR THE IRON THRONE

That’s the key word that presides over so many of the decisions made in this series, investment. Are you pissed off/disturbed/weeping in a corner because a character you were invested in was killed off, or because they were killed off needlessly? Moreover, did Sansa’s rape (or Cersei’s walk of shame, to a lesser extent) upset you because it was gratuitous, or because it was an effective piece of drama? There’s no easy answer to either question. I would argue that Shireen’s death, for example, was a perfectly valid (if horrifying) narrative beat that could have been handled better. I would have had a far easier time believing that it had happened if Stannis hadn’t been there to witness it. Similarly, his demise was born out of a last act of hopeless desperation and I didn’t buy it, his pragmatism was such a key aspect of his character but so many of the decisions he made late into the season were uncharacteristically foolhardy.

Conversely, and after some deliberation, I’ve decided that I think the Sansa plot-line ended up working very well. This is in part because her storyline in the books at this stage is so utterly fucking dull, but also because it actually had a satisfying payoff, she tried to play the game and backed herself into a corner and it took Theon to bring her out of it. The rape scene really riled me when it happened, but as the story continued, it came to make more sense within the narrative, whereas it had initially seemed like a needless appeal to shock-value, something which the show has been guilty of in the past. Dorne can fuck right off though, seriously. That was one of the best, most compelling strands in the books and it got relegated to a bunch of whinging aristocrats and the most jarring and contextually vapid T&A in the whole show, and that’s saying something. How do you waste Bron? Seriously?

You can see a pattern developing here, every good decision this season made was offset in some way by a bad one, it was wildly inconsistent, it was uneasy. Weirdly, this actually imbues me with a certain amount of confidence for season 6. The even numbered seasons always seem to outperform the odd. Season 1, while excellent, felt like a show that was learning how to present itself, a dress rehearsal for season 2. Season 3, which was at best a lengthy drumroll for the Red Wedding and at worst an endless tirade of sometimes excellent but mostly dull dialogue sequences felt like a kind of intermission to allow the characters some time to quietly develop before the glorious chaos of season 4. This one though? It felt like a series of experiments, now that the show has moved beyond the comfort of the books, more or less, it felt like Benioff, Weiss and Martin, to a lesser extent were testing the waters, seeing what they could get away with and gradually setting a precedent for what the show will be like now that it doesn’t have any source material to fall back on.

What that means is that, based on the way people responded to everything that happened and based on the components they have to work with in the wake of their late-season killing spree, the showrunners are really going to have to sit down and think through what GoT is going to become. My prediction, and it’s just that, is that winter will arrive pretty much right at the beginning of season 6. Think about it, the wall has lost its greatest asset, King’s Landing is ruled by zealots, the army of the dead are closing in, Stannis and his army are gone, if shit was ever going to get real, now is the time, especially considering what’s going on in the east. It seems this ‘shake up the board and see where everything lands’ approach relies heavily on motivation. Right now nearly all of the characters are drifting, just trying to survive amidst a world that’s falling apart. We just need that gathering storm to arrive. Remember, Bran and Rickon will likely be back next season. 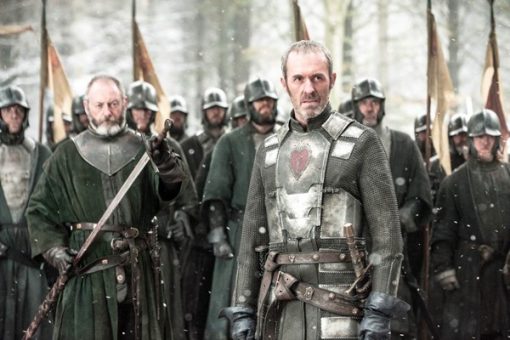 I think the best example you’ll find from this season about what the show is going to be like from season 6 onwards is the Hardhome massacre. That, to me, felt like a test – it felt like the writers, cast and crew were feeling their way through the world of GoT as it will appear once the White Walkers begin their chilling descent down the spine on Westeros. I could be wrong; I hope I’m not and it’s not the most satisfying conclusion in the world to suggest that a season that’s failed in so many ways will be redeemed by the one that follows, but GoT has always been a show that’s learned from its mistakes and more than that, capitalised on them. Whatever happens, Benioff and Weiss won’t have George R.R. Martin to hide behind anymore; they’ve paddled out into uncharted waters. Let’s just hope they’re up to it.