9 Reasons Why Daenerys is Unfit For the Iron Throne 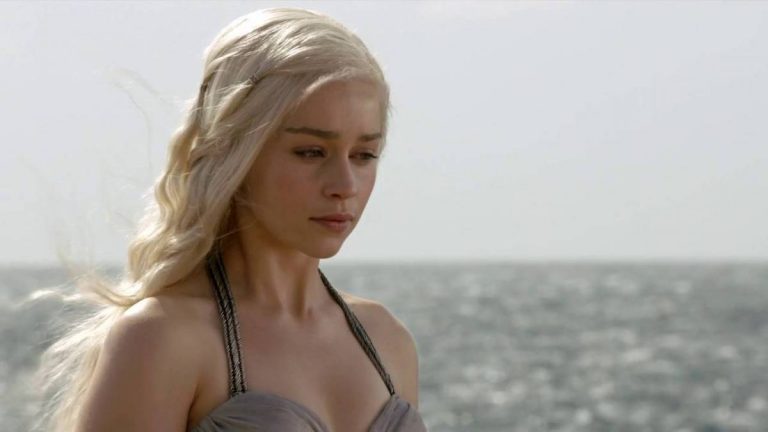 I love Game of Thrones. Like the vast majority of fans, I was introduced to the story through the show on HBO. I was really interested in the characters that seemed so well fleshed out, so human. Once I was hooked, I decided to read the books since I wanted to know what was going to happen NOW, not in a week’s time. I even got interested in renaissance faires as I was such a fan I wanted to LIVE it if only for a little bit.

One of my favorites was Daenerys Stormborn played by Emilia Clarke: a relatively fledgling actress in her breakout role. A ball of awesome, it seems like Dany is the fan favorite to win the Iron Throne. She takes no crap from anyone, even those far more powerful than her… and wiser… and more experienced…. Wait, what? As the series goes on, it seems like Dany was growing even more entitled with every episode. Reading the books was even more disturbing as her parts were written in her perspective and gave a bit more insight to a woman who seems preoccupied with trivialities that make her appear unstable.

I began to see that if I thought about it for a second, that she’s actually a terrible leader.

The Daenerys’ of the both the books and the series have a very strong moral code that she wants everyone to abide by. As her title “breaker of chains” suggests, she is extremely anti-slavery and has been known on several occasions to burn whole cities to the ground to free slaves that she comes across. It makes sense then that she herself would never own slaves and force people to work for nothing but food and a bed.

Xaro gave a languid shrug. “As it happens, when I came ashore in your sweet city, I chanced to see upon the riverbank a man who had once been a guest in my manse, a merchant who dealt in rare spices and choice wines. He was naked from the waist up, red and peeling, and seemed to be digging a hole.”
“Not a hole. A ditch, to bring water from the river to the fields. We mean to plant beans. The beanfields must have water.”
“How kind of my old friend to help with the digging. And how very unlike him. Is it possible he was given no choice in the matter? No, surely not. You have no slaves in Meereen.”
Dany flushed. “Your friend is being paid with food and shelter. I cannot give him back his wealth. Meereen needs beans more than it needs rare spices, and beans require water.”
“Would you set my dancers to digging ditches as well? Sweet queen, when he saw me, my old friend fell to his knees and begged me to buy him as a slave and take him back to Qarth.”
She felt as if he’d slapped her. “Buy him, then.”

It is clear from her reaction that she knows Xaro is right. As a slaver himself Xaro knows what it looks like when a man is being held as a slave. Daenerys even admits that all he gets is food and shelter, NOT a living wage for an honest day’s work. Now one could make the argument that Xaro’s friend is a prisoner not a slave, convicted of owning slaves. That doesn’t follow though since Daenerys doesn’t say he’s her prisoner in defense of herself. Then there’s that little part about buying him. If he’s free, buy him from whom?

On the show, she admitted to not knowing the guilt or innocence of the heads of the masters’ families, yet still fed one to her dragons without so much as an investigation into the matter. She talks of trials but has yet to conduct one. She even executed a former slave that killed a prisoner without a trial (more on that later).

2. A Horrible Understanding of Politics

Politicians need to understand the game, be they working for the public good or lining their own pockets. There’s quite a bit of finessing that needs to be done for a leader to be effective. Just sitting around barking orders at people isn’t likely to win you any supporters from those on the fence or in the outright opposing camps. Effective leadership requires a high EQ (Emotional intelligence Quotient) to be able to know how to deal with differing personalities and leadership styles. Dany doesn’t seem to want to develop this at all, instead relying on the mainstay of so many tyrants; “I am not a politician, I’m a queen.”

Have we heard that somewhere before? Oh, that’s right.

3. She Doesn’t Know How to Negotiate

One of the most frightening things about Dany’s leadership style is the uncompromising and combative nature of it. She makes zero concessions like, always. Even when she had no army to back her, she tried to get her way with threats of retribution.

She has no idea of how to deal with other people. Everyone is an enemy no matter what. You could say that there’s no way to deal with your enemies other than with steel and fang, but Tyrion is able to do it, and heck, if Microsoft and Apple can get along after their long and bitter rivalry, so can the Mother of Dragons and the Masters of Meereen.

While it is true that her dreams come true, it’s off of the backs of those far more capable than her, or luck, or plain old random incompetence of her enemies. Which I guess qualifies as luck. Her military prowess consists of yelling “kill them,” and having her soldiers figure out the details.

She just rolls up to the gates of a slave city and makes big pronouncements; that she is their savior and protector, encouraging the people to rise up and kill their leaders without even talking to the people. Once conquered, she destroys that city’s culture in favor of installing her own despite the fact that people aren’t entirely aware of her culture’s nuances. She just assumes that the people will be behind her no matter what. She never considers that they may think that they’re just trading one tyrant for another.