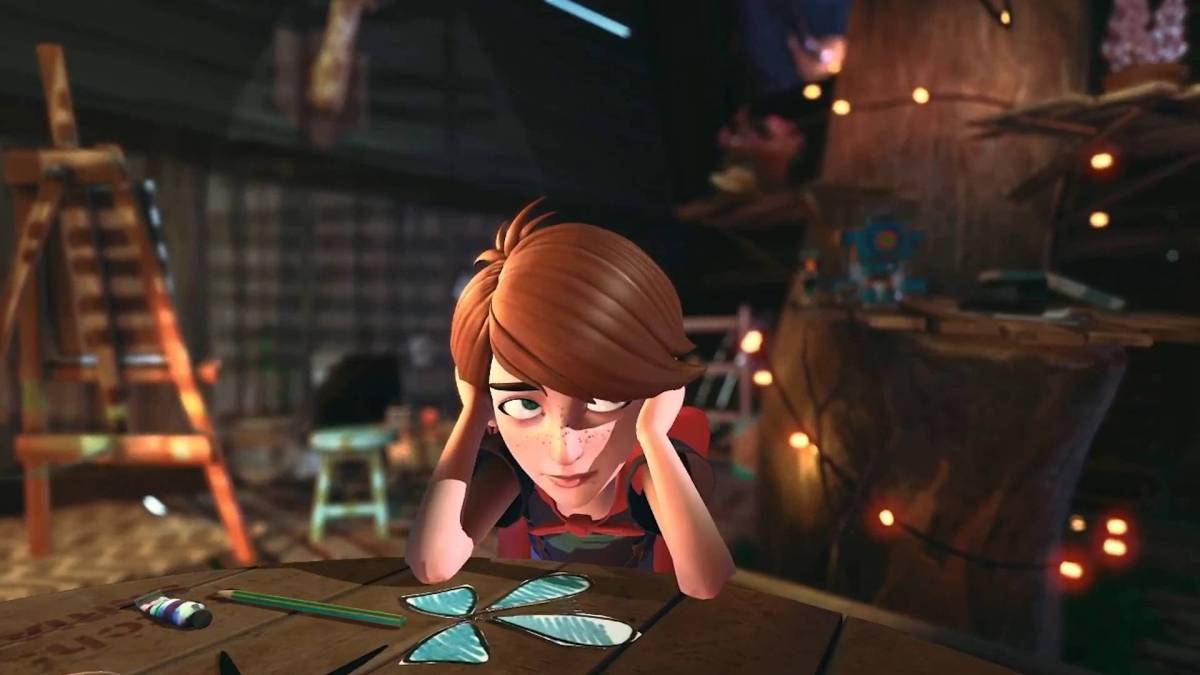 Here’s a question that has been asked many times to date: ‘Are video games art?’. The answer is yes. Games are art in the same way music or movies are also art. But there are levels of art. For every Seventh Seal there’s a Fast and the Furious, and so for every Flower there’s a Call of Duty. In recent years, there have been a number of games that focused on artistic storytelling, with many games not having any traditional gameplay at all.

Over the past five years, we have seen games such as The Stanley Parable, Dear Esther and The Vanishing of Ethan Carter, which have all been displays of beautiful first-person games but with little actual gameplay. You could easily argue that in games such as these gameplay isn’t overly important. Thanks to the rise of these ‘walking simulators’ we have seen similar games become greenlighted: Kona, which blends investigation and survival, The Witness, which involves exploration and puzzle solving and Obduction, a spiritual successor to Myst, which focusses on puzzle solving.

Many of these titles feature heavy and deep narratives and Blackwood Crossing is no different. You play as Scarlett, a teenager who is rapidly headed towards adulthood. Waking up on a train, Scarlett finds her young brother Finn is missing. Searching around and following Finn, you find strange and unusual visions which relate to Scarlett and Finn’s history. Scarlett needs to face up to her past and has to realise that her younger brother is more complex than she initially thought. 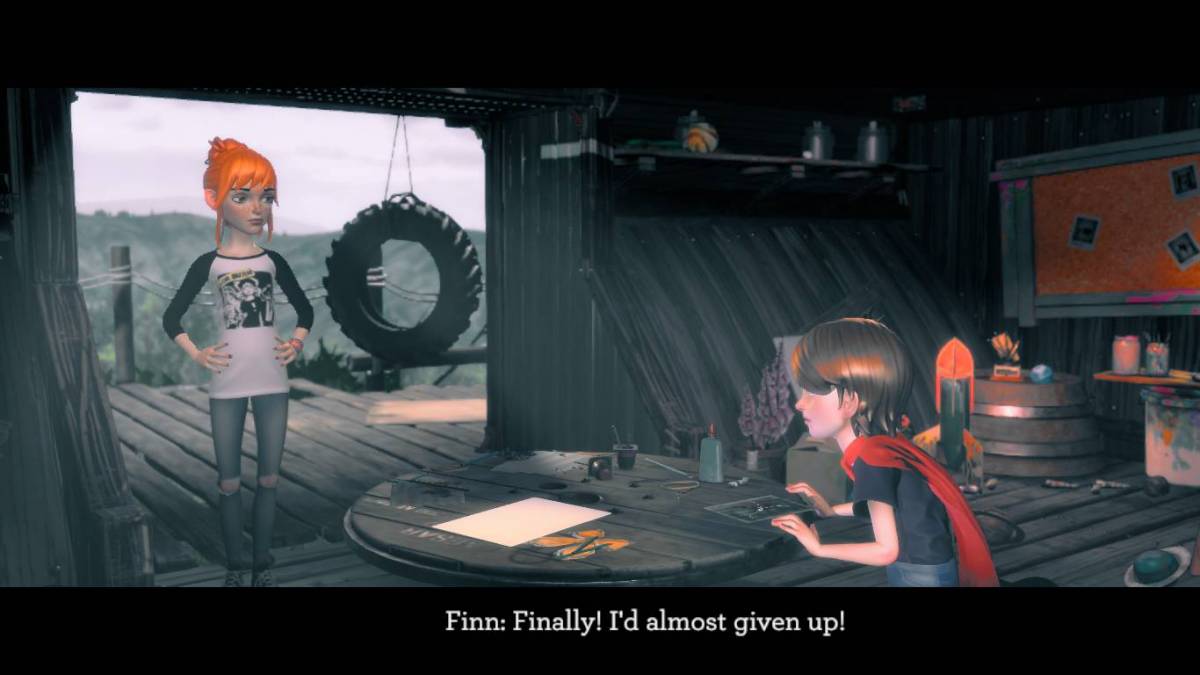 The first thing you notice is the graphics. It wasn’t a long time ago that gamers craved photorealistic graphics. I’m glad that the majority of people have realised that photorealism isn’t the be all and end all of gorgeous graphics, as Blackwood Crossing’s are lush and stylish. The character models look like they should be from a cutesy children’s cartoon, but they are well modeled enough to be taken seriously.

The train isn’t a normal train, either. Firstly, it’s seemingly abandoned, with passengers’ belongings and items left on tables and strewn on seats. Looking out of windows at the countryside passing by, you get a rather lovely reflection of Scarlett. Exploring, we find people familiar to us, but instead we find them wearing bizarre masks (or heads?). Through these people we explore Finn and Scarlett’s past, discovering what makes them them.

These character models look strange and beautiful, almost like the kind of thing you’d see in a parade. Exploring the train we find a (stationary) greenhouse, and this is just the tip of the iceberg. The vibrant greenery comes with a shift in design and feeling. It pushes the game further and sees Blackwood becomes much more about the relationship between the siblings. 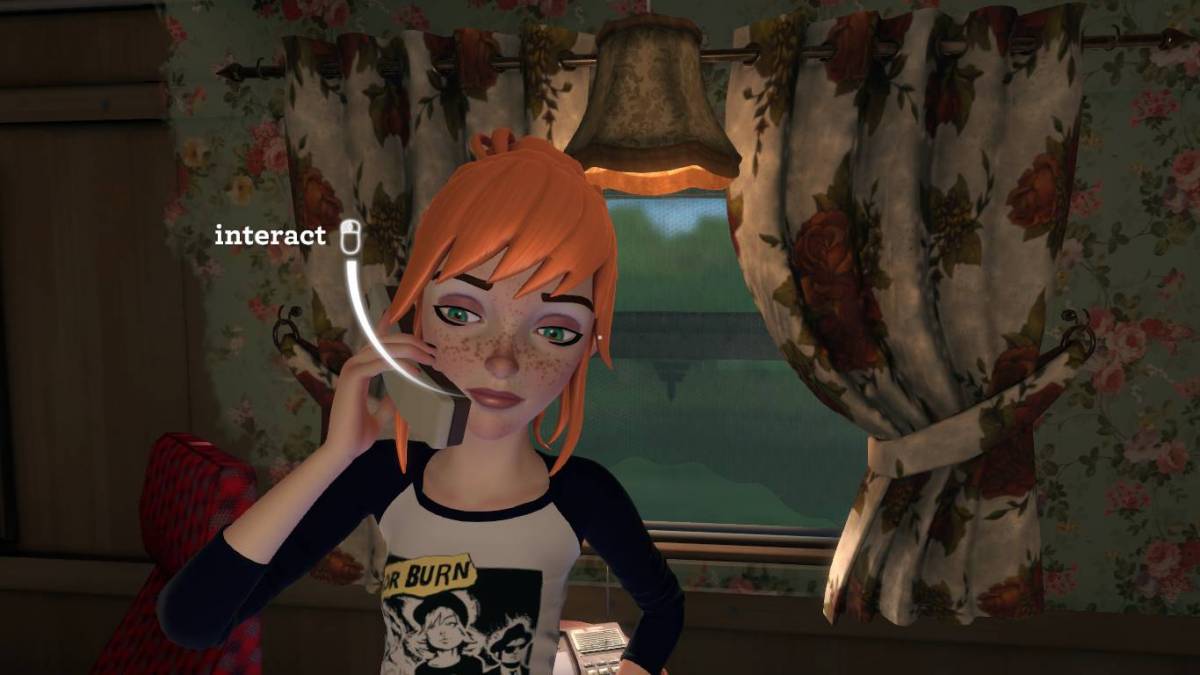 Blackwood Crossing’s music is key to its tone. The purposefully show exploration is accompanied by a whimsical, gentle, twinkly styled themes designed to give you a feeling of wonder and mysticism. Twinned with Twin Peaks style riffs it gives the game a slight otherworldly quality. The downside is that the music comes across a little bland and forgettable. While it’s nice, I struggle to remember it when I’m not playing it.

The voice acting isn’t too bad, but hardly groundbreaking. The character of Finn is written from Scarlett’s point of view, meaning he’s attention seeking, arrogant and annoying. The voice over artist who voiced Finn has managed to capture this, but in turn is super annoying, making it hard to care for him. Also, while Scarlett is perfectly serviceable, the vocal performance feels a little stilted at times and doesn’t manage to capture a young woman coming of age.

As I previously stated, Blackwood Crossing main focus is its storytelling. I can’t go too deeply into the plot without giving too much away, but it has a rather profound plot, simply told. While it sounds like it could be skirting close to ‘Walking Simulator’, it intersperses the plot with some basic puzzles. They’re not exactly deep puzzles; in the first hour you’ll be pairing up family and friends, searching for pictures and figuring out secret code words. It’s not exactly taxing, but allows the game to give the plot a breather at times. I can’t help feeling the puzzles were a little shallow,though. 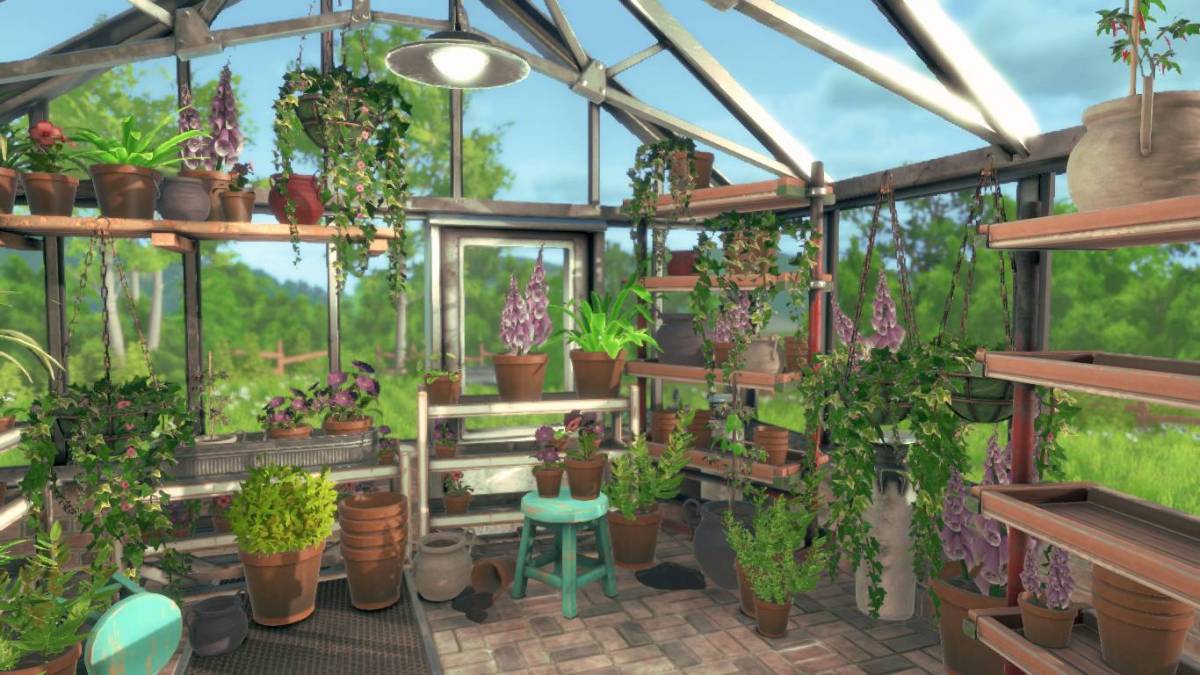 The puzzles become more advanced the further you get into the game. Scarlett acquires powers which have to be used to solve puzzles and progress. There are also some dialogue puzzles, meaning you can speak to Finn in different tones but it makes little difference to the outcome of a conversation. But Blackwood isn’t about sitting back and absorbing the plot, and those puzzles are there to ensure you’re always doing something rather than being a mere observer.

Despite its cute art style and magical soundtrack, there are some pretty dark and depressing themes at Blackwood Crossing’s core. Themes of loss, jealousy, isolation and growing up are all explored in this title. Blackwood feels heavily inspired by movies as well, as can be seen on the beautifully designed train. There are versions of famous movie posters plastered throughout, paying homage to the movies they may have taken at least some inspiration from.

Blackwood Crossing is a short, but sweet title. It is full of wonder, intrigue and metaphor. Colouring itself as a gorgeously cute title, it shields its dark heart from the gamer and lures them into a story with depth and feeling. It’s not the best first person adventure game out there, and despite the look of openness in the game’s later stages, it often feels all too contained and small.

There’s nothing wrong with small, but Blackwood often feels like it has a larger world that we don’t have access to. I think a lot of the feeling that makes you want more from the game comes from the relationship between Scarlett and Finn, which, while sad, never feels deep enough and leaves the player wanting a little something more.

Verdict
A first person adventure title that lacks a little depth in its puzzles. The plot is deep, but middling performances mean it falls a little short.
6.5
Cultured Vultures is a pop culture website established in 2013 covering all things gaming, movies, and more. We eat your words.
All The News On The Biggest Games