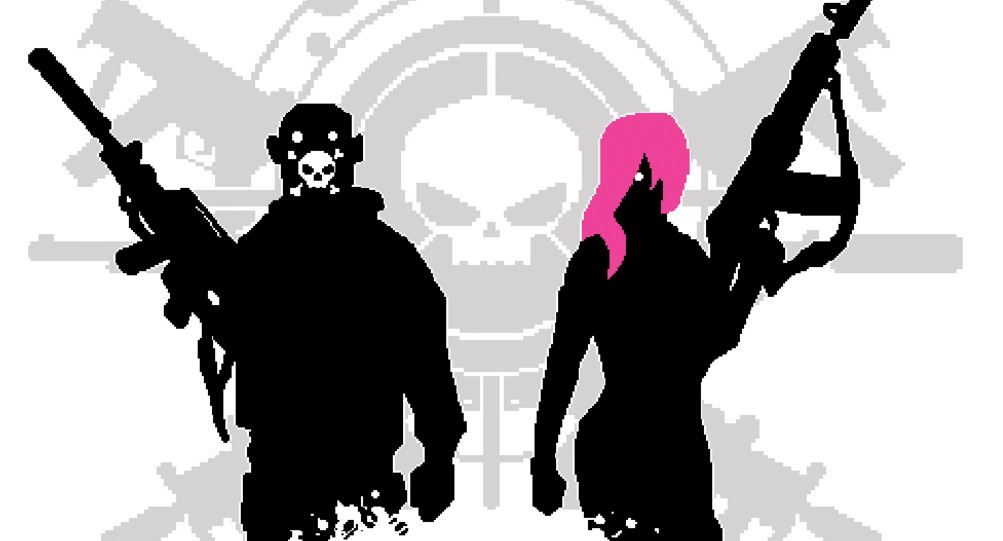 A retro-styled shooter that has plenty in common with the action movies of the eighties is something that should just click with me. Sadly, even though it offers a decent enough distraction, 8 Days’ trying control scheme and less than varied gameplay means it’s a throwback too far.

Reverting to 8-bit graphics is a surefire way of getting your indie game noticed and 8 Days certainly succeeded with that. I’m a sucker for any modern game that looks like it could run on a Mega Drive, so I was instantly pulled in, despite some reservations about being burnt out on twin-stick shooters. It scratched an itch for a couple of hours before the frustration set in, which turned to boredom.

Taking control of either Lola Cruz or Mike Doe, two soldiers sent behind enemy lines to rough up the bad dudes responsible for a rice embargo, 8 Days’ early glimmers of personality set a tone that unfortunately the rest of the game can’t quite match. Despite its opening being bombastic and superbly ridiculous, what comes next feels flat, like it didn’t quite have enough eye-catching ideas to last the distance.

Controlling 8 Days feels like a constant battle: if you lose your direction, your gun will point to a default position. Match this with an unsettled camera that almost always seems like it wants to be somewhere else and you have the recipe for many hours of tuts and sighs. It’s not that 8 Days’ mechanics are intolerable, it’s just that they could have been so much simpler.

As you would expect with a retro indie, the difficulty level is a far cry from the relative cakewalk found in most AAA games. However, 8 Days often feels like it’s trying to be hard for the sake of being hard, asking you to pull of the closest of shaves as the enemies come in their droves to make any headway. Even though there’s a rush to be had for finally getting past a difficult scene, it doesn’t feel half as well-earned as something like Rise & Shine.

The weapons in 8 Days aren’t quite as varied as they should be, but it’s still a decent selection. You’re going to be swapping out your weapons more than most people blink, which is down to the scarcity of ammo. This ties in with the difficulty and shows a more strategic side to Santa Clara’s effort that might be disregarded by some. Should you keep the gun you like even though it has low ammo or switch to the less useful one stacked with bullets? When you’re in the middle of a firefight, the game demands quick thinking and prior planning. You’ll learn that in no time after the same machete wielding bad guy cuts you down time and time again.

Even though I found 8 Days extremely difficult to fall in love with, I can’t outright say it’s one to avoid. There’s plenty here for gamers who love a retro challenge or those who simply want to be taken back to another age in gaming. It wears its inspirations well in the sense that it doesn’t hold the hand of the player and takes no prisoners, but unfortunately, the industry has moved past that for a reason – it’s hard to make it fun.

Verdict
Hard for the sake of being hard, 8 Days is a trying game that doesn't do anything interesting enough to justify its difficulty.
4.5
Cultured Vultures is a pop culture website established in 2013 covering all things gaming, movies, and more. We eat your words.
All The News On The Biggest Games