In a public school in New Zealand, of all places. 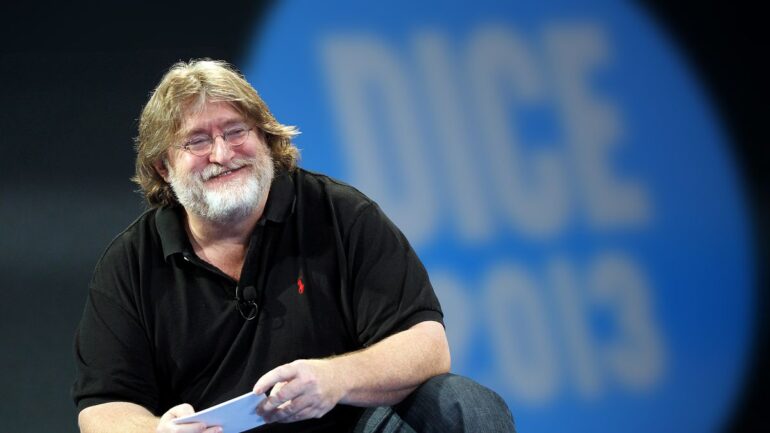 In a recent public school Q&A session in Auckland, New Zealand, Valve boss Gabe Newell teased that some of the company’s games might be making their to consoles in the near future. The news comes from one of the attendees of the Q&A session, who posted a clip to Reddit.

What Did Gabe Newell Specifically Say?

During the session, one of the attendees posed the question of whether or not we’ll see more Steam games ported to consoles from PC in the future. Gabe took a second to respond before replying with: “You will get a better idea of that by the end of this year.”

Why Is This Significant?

Because Valve haven’t released one of their games on consoles for nearly a decade. Despite huge success with the likes of Portal, The Orange Box and the Left 4 Dead series, the last Valve game released on consoles was a seemingly watered down version of Counter Strike: Global Offensive back in 2012 on PS3 and Xbox 360. The idea of Valve releasing games on console again is exciting.

Which Games Could Valve Bring To Consoles?

That’s the real question. Personally, the most likely scenario is bringing Half-Life: Alyx to the PS5 and PSVR 2, especially considering the proposed improvements to the next-generation of PSVR would make the port a much more engaging game. It’ll probably still be supported by the first edition of PSVR, but Alyx could really be a flagship title for PSVR 2, or whatever it ends up being called.

It’s also worth noting the fallout that has been caused by the ongoing legal case between Apple and Epic. One of the details that has emerged from it is that Xbox head Phil Spencer has been occasionally meeting with Gabe Newell, so there’s potential for some kind of partnership between Valve and Microsoft to bring Valve games to the Xbox One and Xbox Series X | S too.

Then again, maybe Valve will just port The Orange Box to the Nintendo Switch and call it a day. Who knows?

READ MORE: Subnautica: Below Zero (PC) REVIEW – We Can Sea The Appeal