Subnautica: Below Zero (PC) REVIEW – We Can Sea The Appeal

Sorry, nautical puns leave us out of our depth. 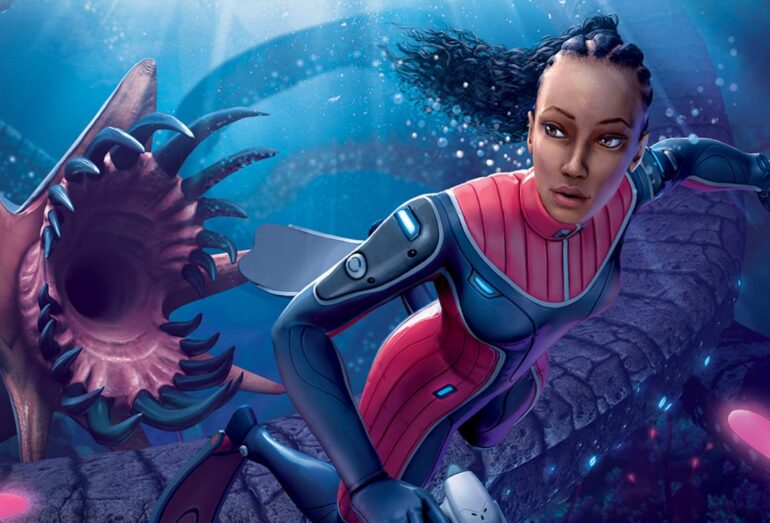 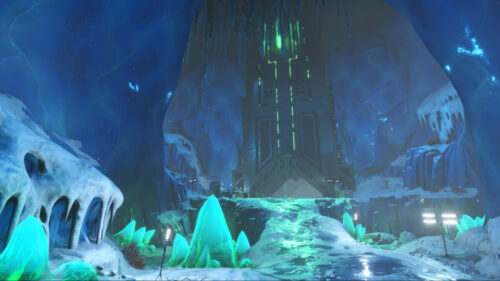 The ocean is one of the most captivating locales on Earth, even though humanity has only explored about 20 percent of it. There is a lot to uncover about Earth’s history and the creatures, both past and present, that once dwelt here. Developers Unknown Worlds Entertainment have set out to capture that same sense of mystery and discovery of the ocean in their follow up to the 2018 indie hit Subnautica with the standalone expansion Subnautica: Below Zero.

Below Zero continues the exploration of planet 4546B in a new location with tons of exciting new additions. The story follows Robin Ayou as she tries to uncover the mystery behind her sister Sam’s death. Fueled by distrust of the Alterra Corporation, Robin takes a shuttle to 4645B and crash lands with nothing more than the clothes on her back, a small pod, and a fiery curiosity.

After Robin lands on the planet, it’s up to the player to learn how to survive the harsh conditions and build up an arsenal of repurposed materials to better navigate the treacherous environment. If you aren’t familiar with the survival methods of Subnautica, there can be a little bit of a learning curve, but the game spells out the basics and gives the player some food, water, and flares. Everything that you need to survive for the first couple of days is provided, so the player can instead focus on collecting building materials to aid in the investigation.

This time around, the protagonist is voiced, with Robin offering a lot of insight into the different encounters on the cold planet. I enjoyed hearing about Robin’s relationship with her sister and how she reacted to different developments in the story. It made the mystery feel more engaging compared to if I was trying to project the emotions on the character myself. While some might argue this removes the feeling of isolation, the additions make Below Zero’s 4546B feel like a living world.

One of the best things about Below Zero is how it really can feel like you are just barely surviving the planet’s harsh conditions. You’ll need to balance your hunger, thirst, health, oxygen, and temperature to stay alive on Survival difficulty. You’ll need to constantly be on the lookout for food and water while you’re trying to find better materials to explore deeper into the planet’s dark and cold ocean. On several occasions, I became too focused on my oxygen and paid the price by losing valuable resources and time.

The soundtrack is eerie and helps to enhance those feelings of exploration and discovering ancient mysteries that the game strives to achieve. As the player explores sunken ships and underwater caves, there is a sense of uncovering long-forgotten secrets and stories of past explorers and civilizations. Text and voice logs leftover from Alterra’s work on the planet can be found and help to enrich the lore of the Subnautica world.

These messages are one of the only connections that Robin will have to human civilization for much of Below Zero’s playtime, so they offer reassurance and hints at how to progress further. Whenever I got stuck, I knew that if I could just find a databank log lying on the ocean floor, then I might be able to find the next direction I should take my investigation.

Below Zero is a surprisingly gorgeous game, as the light from your Sea Glider focuses on the various underwater flora that help to give color to the otherwise cold blue depths. The bioluminescence of the corals, fish and other organisms living their own lives helps to give vibrant light to the environment. Below Zero does a great job of feeling like a real, living, breathing world. Even at the surface, it maintains the same level of wonder with storms that will force Robin to take shelter to stay warm and penglings, who waddle around eyeing the player curiously.

There is more to do on the surface, especially concerning the story. Finding the remnants of research bases and maybe a few other surprising things, there’s definitely a reason to explore the chilly sub-zero surface. To help combat the cold, new suit options keep Robin warm and help aid in her attempt to conquer the hostile environment of the ice planet.

One of my favorite additions to Subnautica: Below Zero is the Sea Truck, a small submersible vehicle that can be upgraded to reach further into the watery depths. However, the most interesting aspect of the Sea Truck is its ability to attach trailer-like modules that the Sea Truck can tow around, and each offers a different perk. One acts as a little cabin, one is a storage room, another is a way to craft materials on the go, and much more. The Sea Truck is essentially a mobile base that can make late-game exploration easier and more enjoyable.

Base building returns as well with a ton of options to help make the underwater base feel more like home. With the option to introduce an observatory with a jukebox and coffee maker, I was able to make my little slice of home at the bottom of the ocean. Plus, it helped to save me a lot of time swimming back and forth between my pod and important resources or locations.

However, in order to build these better materials that enhance exploration, Robin first needs to find blueprints in the form of data banks or scan fragments of leftover materials to build those gadgets. This is where the only real frustration with Below Zero can be found because actually finding these materials can often be up to the luck of the player’s swimming direction.

For instance, the Sea Glider, a useful handheld vehicle that allows the player to propel themselves quickly through the water, can help save oxygen and explore further into the deep while also saving a lot of time. All the player needs to do is scan the fragments of the Sea Glider that seem to litter the ocean floor of 4645B. The Sea Glider is incredibly easy to find due to its abundance; however, Robin still needs to find ways to survive for long periods underwater.

Sometimes Below Zero will give the player hints about where to go by placing an abundance of oxygen plants that create a linear path to a point of interest. Still, at other times, a useful blueprint might be on some unmarked lab table somewhere in the middle of nowhere. There can be long stretches where Below Zero feels less like an enjoyable exploration of a planet and more like a scratch-off lottery ticket. More often than not you come up short and need to go back and try again.

One of the things that makes Subnautica: Below Zero so endearing to play can also at times make it a frustration. The restriction created by lack of supplies and technology is part of the draw to the Subnautica franchise, but the developers need to walk a fine line to make that experience fun the majority of the time.

I recognize that making blueprints and materials too easy to find will make the upgrades feel cheap. But if the player can never find new blueprints that enhance their exploration, the exploration begins to feel tedious rather than exciting. There were plenty of times where I just sat in my submersible staring at an objective frustrated because I had no clue where the blueprint for a larger oxygen tank was located.

The game will feel familiar to anyone who has played Subnautica before, and the additions like the Sea Truck, new biomes, and other quality-of-life gadgets will make it feel infinitely more playable in the long run. It’s just a shame that some players might feel burnt out or like they have seen everything due to the frustrating separation of crucial blueprints to progress in the main story. The point of Subnautica: Below Zero is exploring this fantastically created world, but the player shouldn’t have to struggle in the dark to find the fun in its depths.

If you’re someone who needs to have a clear goal or even a general idea of where to go next, Below Zero might not be for you. However, if you are comfortable taking the initiative in your survival, Subnautica: Below Zero offers a beautiful world to explore and dozens of ways to improve one’s experience within it. With a bit of luck and grit, you will have to be able to conquer the harsh conditions and uncover the secret of Alterra left behind.

A copy of Subnautica: Below Zero was provided by PR for the purposes of this review. 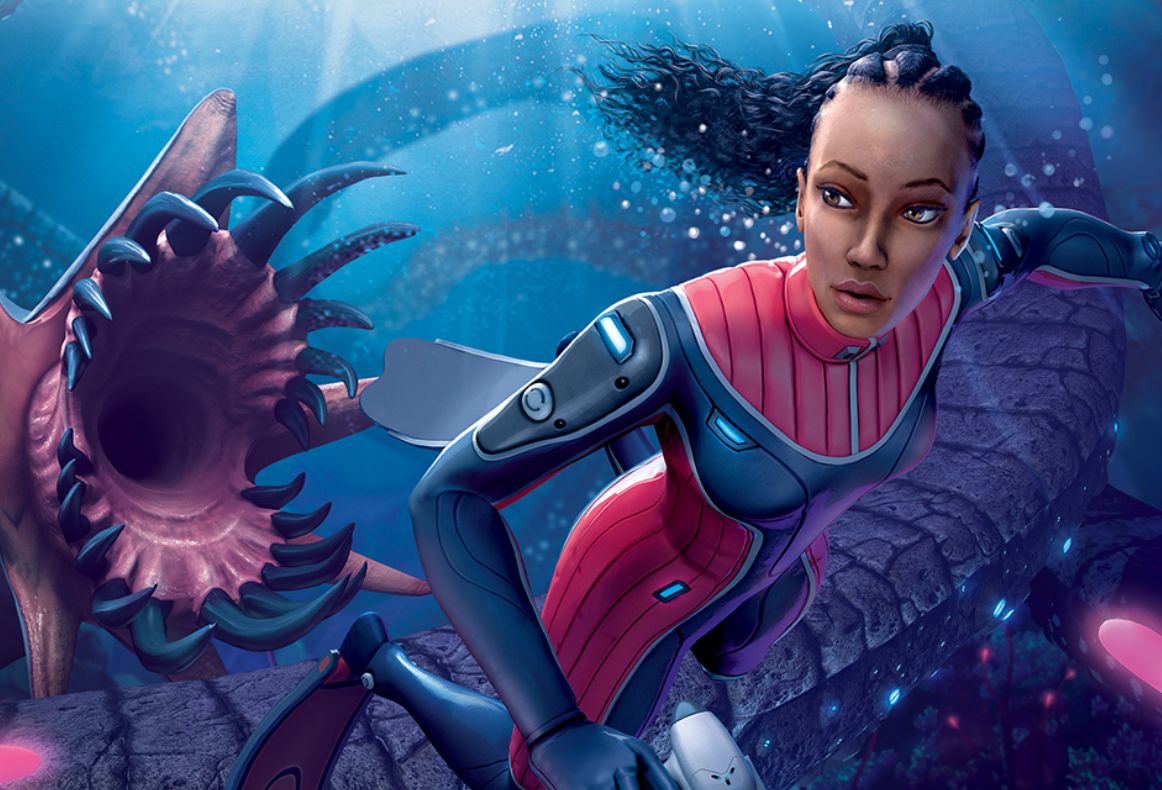 Verdict
Subnautica: Below Zero makes you feel like arctic explorers as you traverse the icy climate of planet 4546B. If you are able to stick with it and continue to move forward to find ways to dive deeper, Below Zero has plenty of discoveries to uncover.
8.5
Cultured Vultures is a pop culture website established in 2013 covering all things gaming, movies, and more. We eat your words.
All The News On The Biggest Games