Soundcrash's funky, jazzy event is becoming one of the most important festivals in the UK calendar. 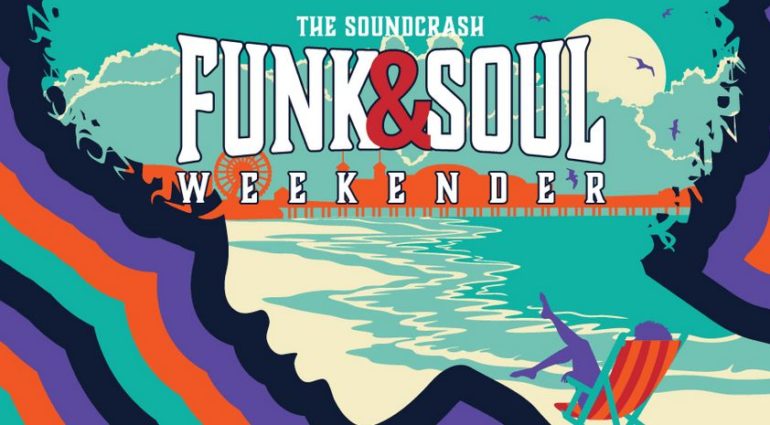 There’s a somewhat uncomfortable mid-point between an urban park festival and a full weekend event. Ring-fencing a city park for a weekend and filling it with great music is one thing, trying to load two or three days of revelry into a space with no room for campsites and a local population too close by to risk noise pollution is quite another. By that rationale, arranging something like that on a beach should be a complete logistical nightmare, and yet Soundcrash have been doing it very successfully for the past three years.

The first two runs both took place in Camber Sands in Sussex, a place typically better known as a British family holiday destination than somewhere Theo Parish would play. As such, it’s perhaps not all that surprising that it has now made the jump to somewhere slightly more fitting – Brighton Beach.

With the jazz movement stronger than ever and funk, soul and old school hip-hop nights ruling the night schedule across most of the UK’s cities, Funk & Soul is well settled into a niche that more and more people are tumbling into. Not only that, but it relies on a solid grounding of older fans who were around when all this stuff was new. It’s an ideal balance of nostalgia and innovation, one which has come at a perfect time. 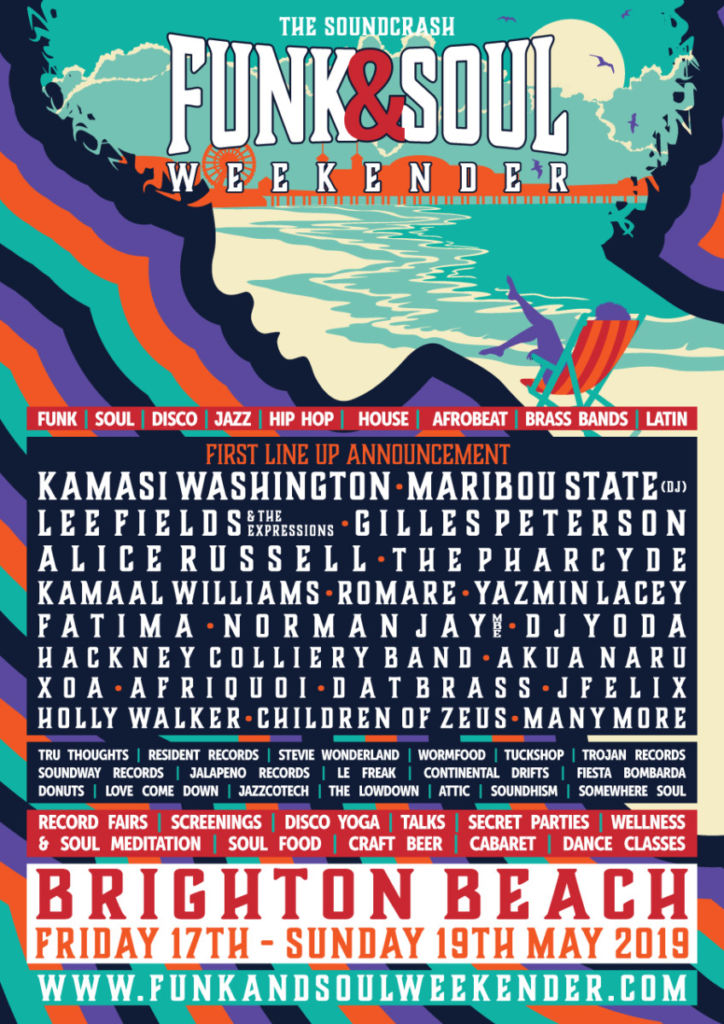 The lineup this year includes Kamasi Washington, Lee Fields & the Expressions, Gilles Peterson, The Pharcyde, Akua Naru, Romare, Hackney Colliery Band and Craig Charles. All of them are in high demand on the festival circuit across Europe, and some globally, but the bringing together of so many that fit a very particular vibe, one which Soundcrash has played a big role in engendering in London. This is, in many ways, a victory lap for the British promoter after another strong year in a seemingly endless run of strong years.

Festivals are often measured as much by the activities around the music as they are the music itself, though. In previous years, the chalets provided included a ‘Soul Station’ TV channel which helped to sell the bubble world effect more easily woven by festivals with a full field and campsite to play with. In the case of this year, the extra-curricular fun will come in the form of record fairs, film screenings, talks about music and culture and even dancing lessons. Some secret parties and adjacent events dotted around Brighton town are also promised.

There’s a definite sway towards the ‘by music lovers, for music lovers’ approach permeating everything about Funk and Soul. Stripped back, in some regards, but in a seemingly refreshing way that undercuts the somewhat dangerous trap other events have fallen into – focusing on standing out from the crowd before figuring out the lineup.

Tickets to the Funk & Soul weekender are still available here.