Drop the kids off at the pool while you cause mayhem at Camp Crystal Lake. 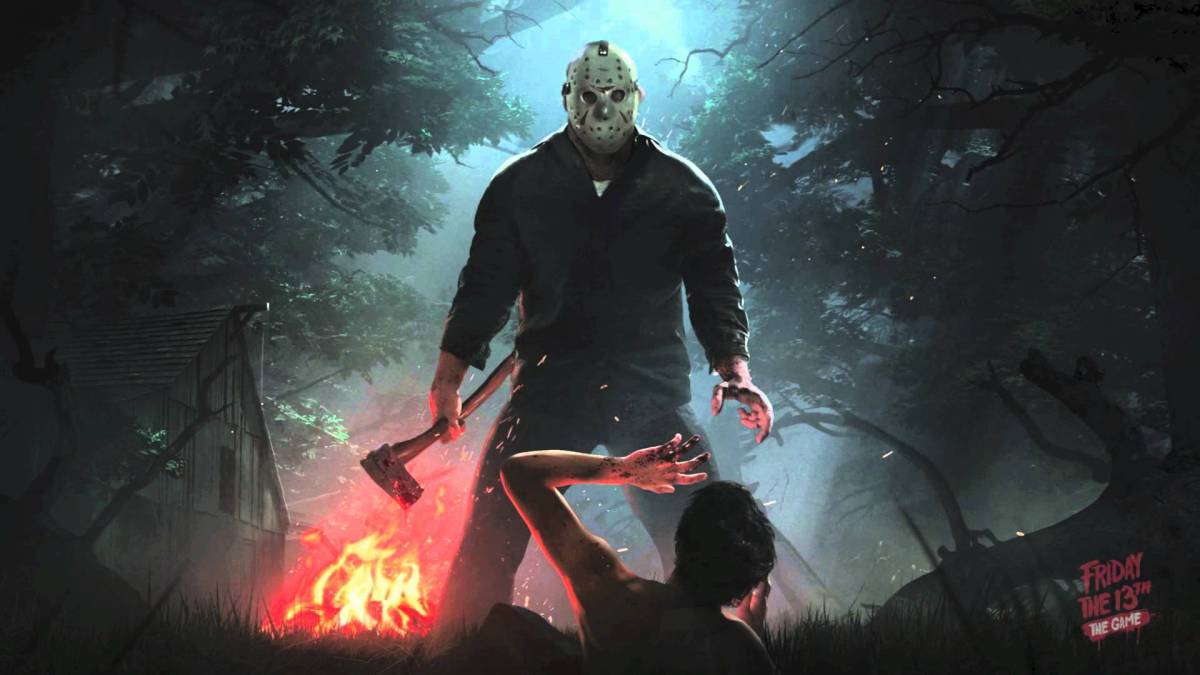 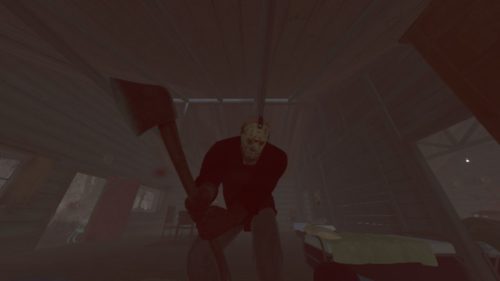 I’m crouched down in a cabin, slowly searching drawers in a desperate attempt to find something, anything that will give me even the smallest fighting chance of survival. Even as I play, I find myself holding my breath, fearful that even in the safety of my own living room, one mistake could give me away, when suddenly the power in the cabin goes out. My counsellor lets out a panicked scream, followed by the frightening thuds of Jason hacking at the door.

All I have to hand is a saucepan and a map. With complete misguided bravado, I swing wildly with my crockery, missing totally. My fool-hardy efforts are met with Jason slamming my head repeatedly with a door, crushing both my skull and my hopes.

Friday the 13th: The Game is undoubtedly one of the most unique and fun online multiplayer games out there, with no one match being the same as the last, but for all its stand-out moments, it is still affected by a number of technical issues which hampered its previous console iterations. 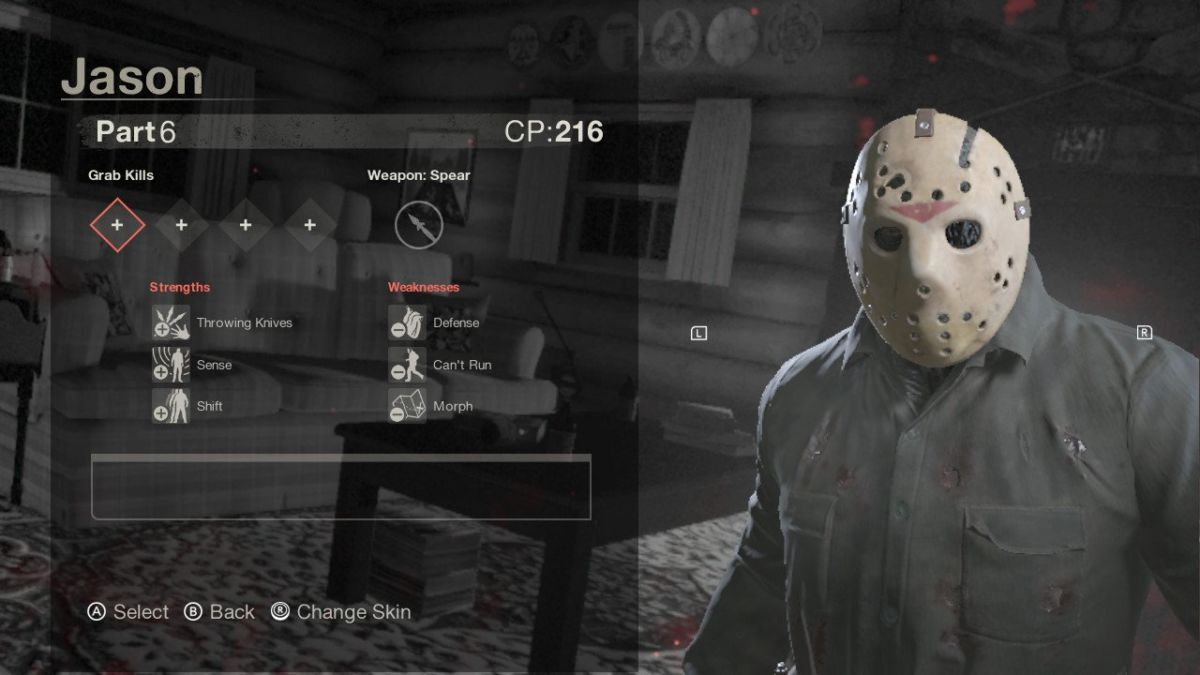 The core concept of the asymmetrical multiplayer horror is very simple: survive, if you are a counsellor, or kill, if you are Jason. There’s nothing more to it than that. It’s as basic as all the movies it emulates, for better or worse. To their credit, though, developers Illfonic and Black Tower Studios perfectly capture the aesthetic of the iconic slasher: menacing, imposing and just plain overpowered, as he should be. His abilities allow him to warp around the map, hunt silently and ‘sense’ his prey based on their movements and/or fear, lighting them up on-screen. They all have their uses and offer a good explanation of how the hockey-masked psycho can seemingly be anywhere, anytime.

Each online game consists of eight players, with seven being counsellors and one being Jason. It is random as to who you will end up as, though, which is likely to keep things interesting. As a counsellor, you spawn randomly within the map and have to navigate your surroundings as you work towards escaping. You can achieve this by either finding parts and fixing a car or speedboat, calling the police, killing Jason (which, although possible, needs a very particular series of events to occur) or lasting the 20-minute timespan of the game. 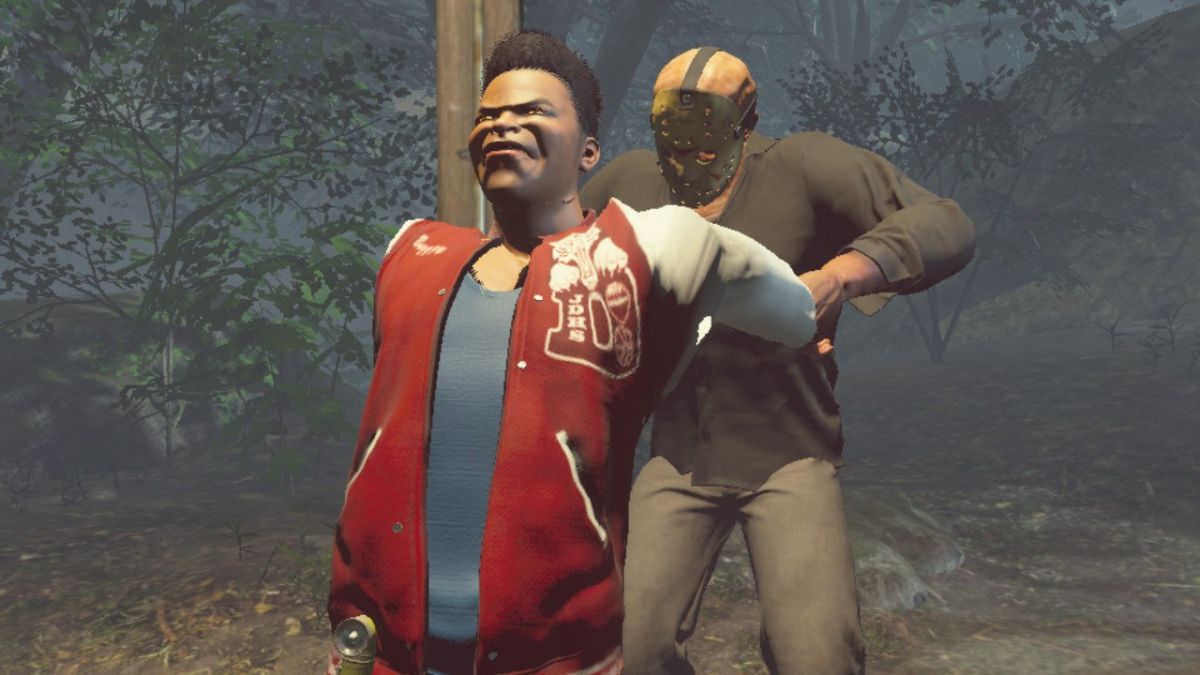 Friday never outright guides you through how to play, so you will need a few rounds of trial and error before things start to make sense. Items are randomly generated around the map, so you’ll need to search about for a gas canister, car battery, car key (or propellor for the boat), and a fuse to operate the phone, all while avoiding the murderous behemoth. It’s a challenge enough as it is, but one that fundamentally requires teamwork and communication. Thankfully, Friday’s in-game chat works a treat on the Switch, as some of the best moments the game can offer will come from joining forces with a stranger – the adrenaline of trying to start a car as Jason approaches is strangely exhilarating. Team killing has also been removed from play, so no more rogue Chads to sabotage proceedings.

If Jason does end your counselling days, all is not lost however. If triggered, there is a chance you can come back to the game as series protagonist, Tommy Jarvis. While still susceptible to Jason-based attack, his stats are all maxed out and he starts with a handy shotgun. If you aren’t revived, though, then you’ll have no choice but to sit idly by until the match is over, which can be excruciating, especially if you are offed early into the match. 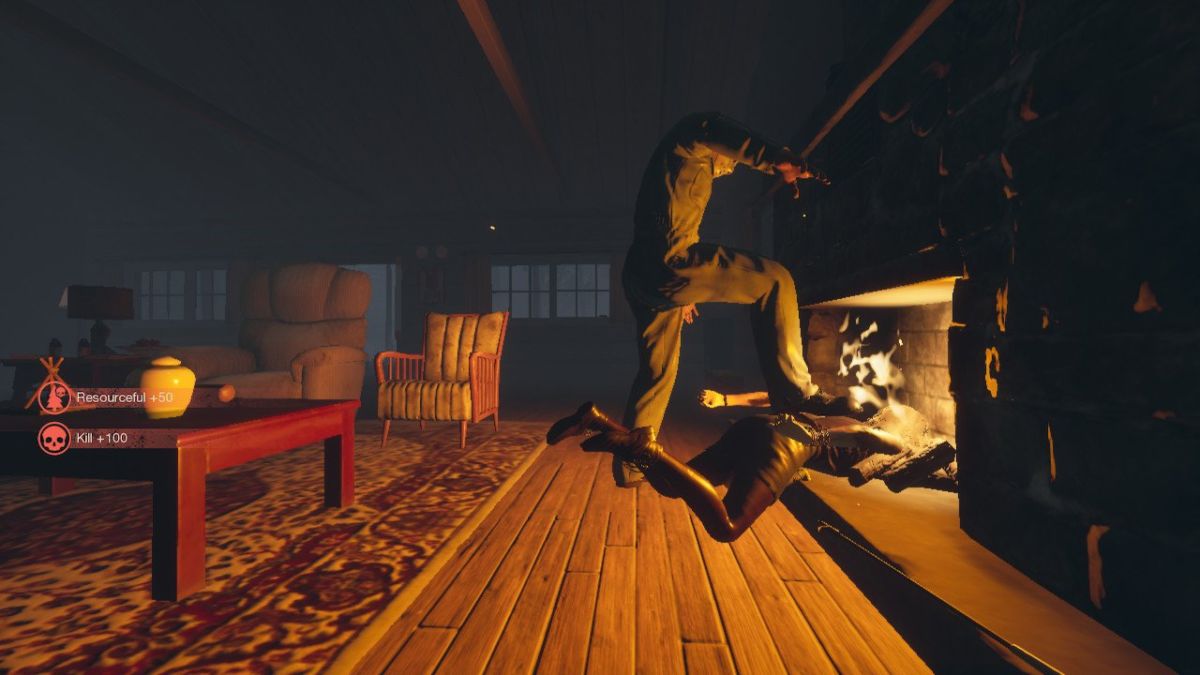 There are eight Jasons to choose from, spanning from Parts 2 to 9 (yes, even the fake Jason from Part 5) with most needing to be unlocked by levelling up. Jason X was teased but sadly may never see the light of day, due to on-going legal disputes between original producer, Sean S. Cunningham, and Part One screenplay writer, Victor Miller. This aside, there is still a lot of choice with the killers on offer.

Each of which have their own specific kill animations, strengths, and weaknesses, making each different enough from the last. Some will have the ability to run or gain extra traps, some will be weaker to attacks or have lesser abilities – it was a joy to try out each, although Part 4 Jason is my absolute boy. Additionally, all eight have been carefully recreated to match their exact looks from their respective film entries, which is a great touch showing how much love has been poured into the game. 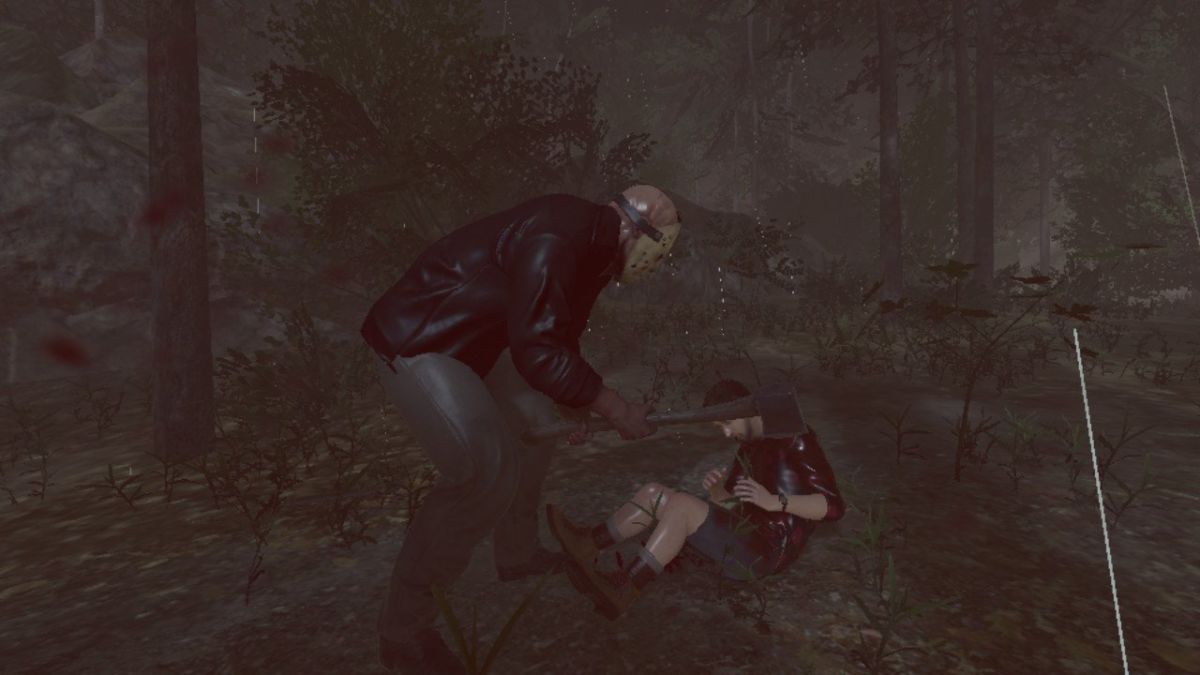 On the other side of the bloodied coin are the 14 counsellors, including Sheldon Finklestein and Fox from Part 3. Like the Jasons, each counsellor comes with their own seven stats, such as Repair, Stealth, Stamina and Luck. Depending on your selection, your best approach is to play to that character’s strengths. For example, if playing as Eric Lachappa, you will want to focus on repairing escape vehicles or phone boxes as this is his highest stat, but going lone wolf with him will surely end up in misery, with his strength and composure stats being so low. It was a hoot to try them out, but none quite compare to taking control of the big man himself. Levelling up will unlock extra Jasons and counsellors to use, which is sound encouragement to keep on playing, but it can really feel like a grind, especially when you hit the 30s and 40s. You’ll need to put a lot of hours in to reach the higher tiers.

It is easy to feel helpless when Big-J arrives on the scene, usually signified by a screeching musical score, but you can give yourself a better chance by equipping perks. Accumulate CP (Counsellor Points) by playing games and you can then roll for a perk. The main downside here is that you are utterly at the mercy of RNG as to what you’ll get and how useful it actually is to that specific counsellor. Some perks, like Medic, which gives you two uses from each Medical Spray, can be extremely practical, whereas too many others are completely pointless, such as increasing the speed to close door barricades or generating less noise while swimming. 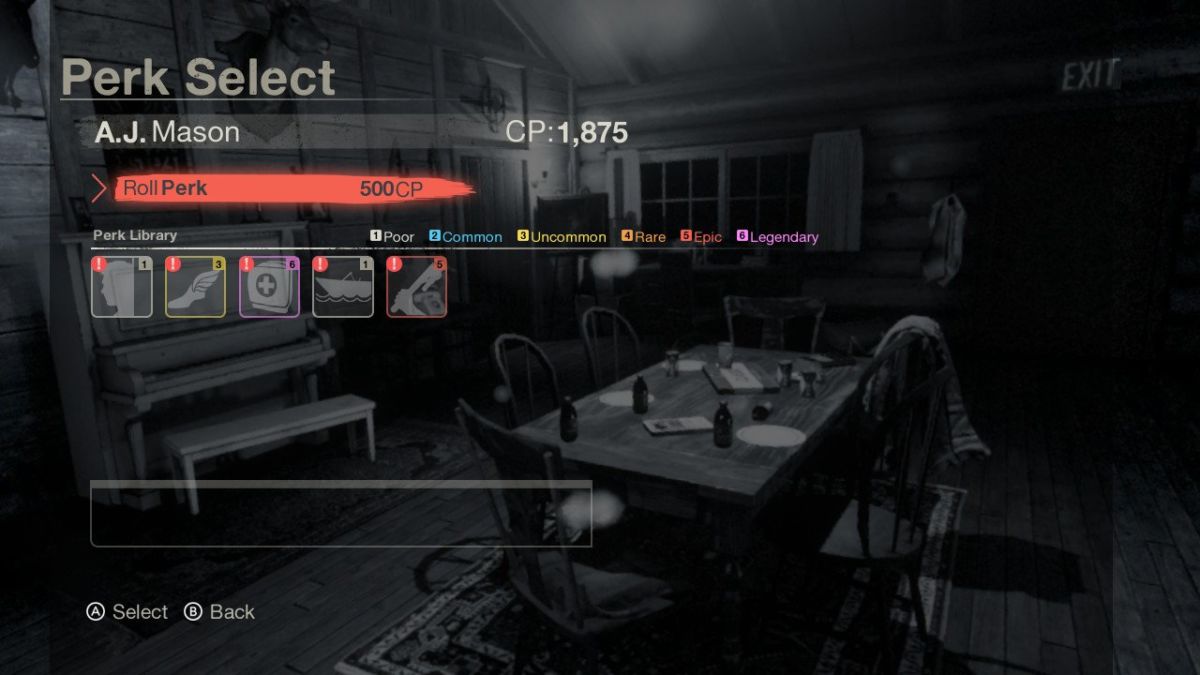 While Friday the 13th isn’t exactly a technical marvel, and has been historically known for having a bug or two, I was pleasantly surprised with how smoothly it played on the Switch. Although I did encounter one bug where Jason grabbed me and I started floating in mid-air, with Jason also locked into his grab animation. As well as this, the visuals suffer an expected but noticeable decline from the console version. Of the playable characters and environments, the textures are considerably poorer. It isn’t enough to massively deter the gameplay, but just don’t expect things to be all that pretty here. As well as this, be prepared for some unintentionally hilarious counsellor facial animations.

Playing handheld on the Switch, everything controlled comfortably, but there were more than a few occasions when, playing as a counsellor, pushing up on the left analogue stick would only allow me to walk when I was trying to jog. This was certainly annoying to repeatedly encounter, as running is often the (literal) difference between life and death. Also, when playing handheld, I did have to turn up the in-game brightness (gamma), as the standard lighting was far too dark to actually make any sense of my bearings. 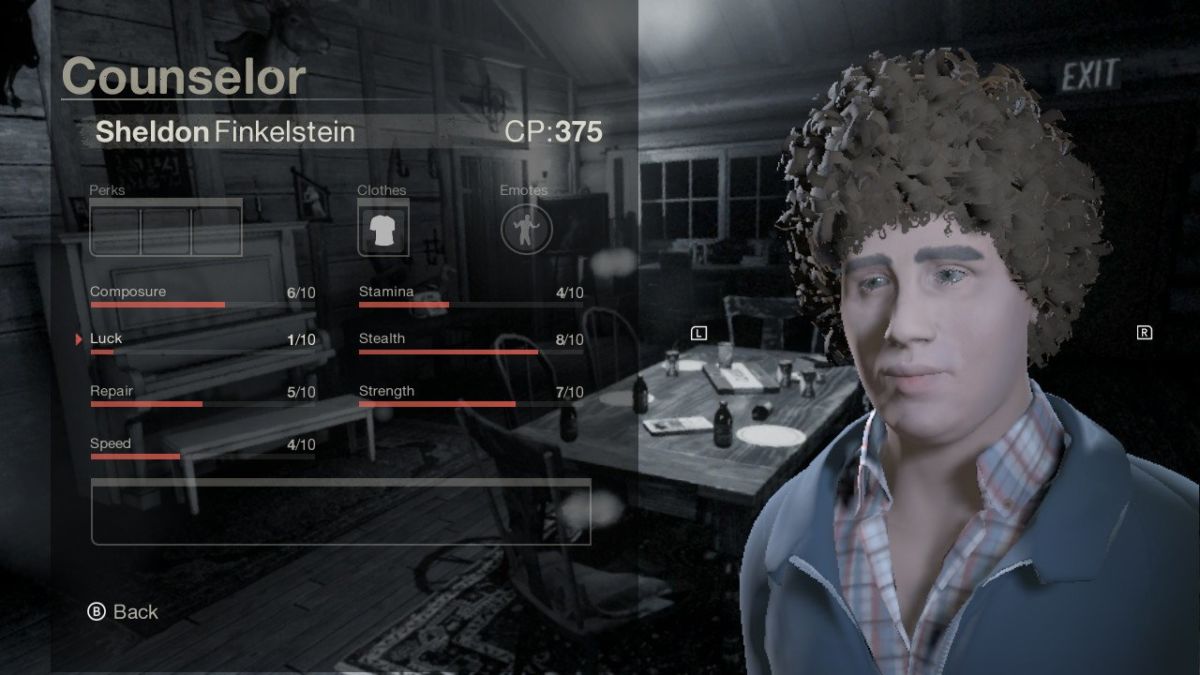 I had also wondered how Friday would perform when the Switch was docked and, to add to my surprise, found that it actually handled just as well, if not better than handheld. I had been worried if it would feel too clumsy, but I felt in more control and would even recommend playing this way over handheld.

As the name implies, the Ultimate Slasher Edition also comes packed with all DLC content up to this point, including extra costumes, the Virtual Cabin and single-player offline modes. The offline options are a fun distraction from the online multiplayer and a great way to sharpen up your Jason skills, although it is still a shame you can’t play as a counsellor in this mode. The main frustration with online bots, though, is that they can be, well, pretty damn stupid. Numerous times they would run in and out of the same room, get stuck or bizarrely unlock a barricaded door and walk right into my hands. That being said, they also seem to carry a sickening amount of pocket knives, which gets old real fast. 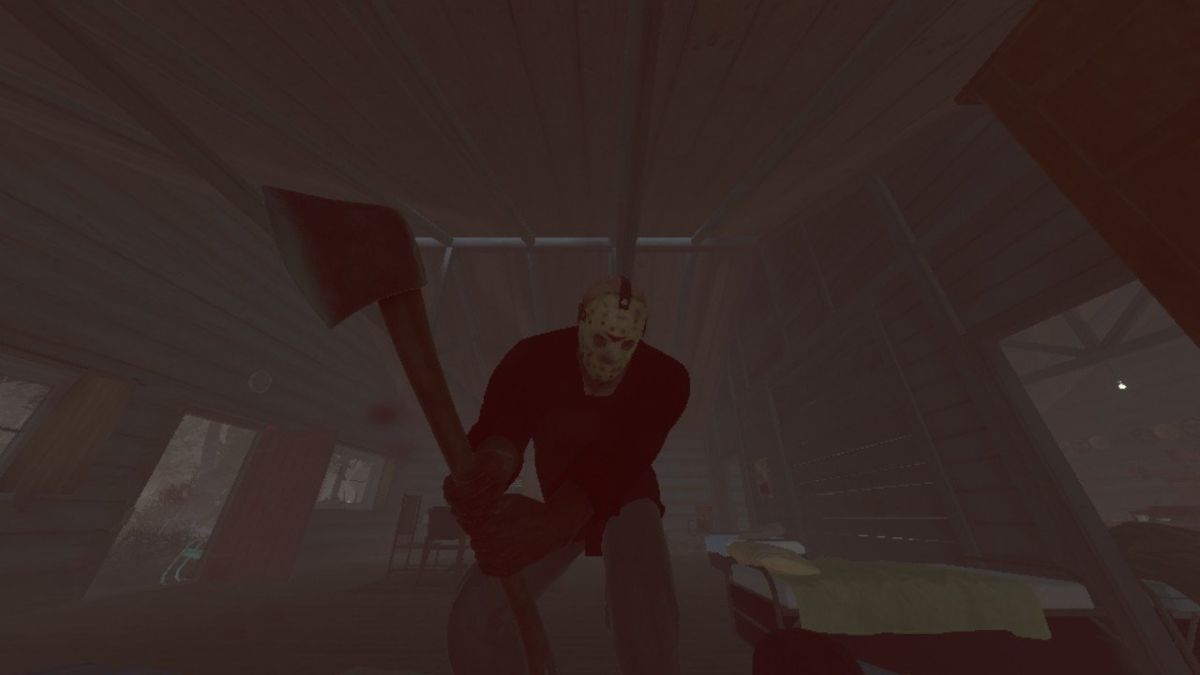 The other single-player mode consists of various objectives you must complete as Jason, like slaying counsellors in specific ways or not using certain abilities. You can only really unlock emotes for completion, but it’s still nice to have a different challenge. My only gripes with this mode is that you can’t skip the opening cutscenes, and some tasks are baffling to achieve – even when using the Stalk ability, you can be noticed despite being outside a building or room. All I wanted to do is boil A.J’s face in hot water. Is that too much to ask?

Friday the 13th: Ultimate Slasher Edition is by no means a perfect game. The graphics aren’t the cleanest, the AI can be clunky at the best of times, levelling up can be tedious and, yes, there is a strong chance you will encounter a few bugs. Playing online in random lobbies is fine, but it’s when you can get friends involved that the game really shines. When Friday gets it right, it is, for my money, some of the best online multiplayer available. It’s hard not to find a weirdly endearing charm within its faults, and it’s even harder not to take even a little grim joy in punching a counsellor’s head clean off. It is a shame we may never see any more updates for Friday (I will shed a tear for you, my dear Jason X), but what we do have is a culmination of Illfonic and Black Tower Studios efforts so far, with more than enough to keep you roaming around Camp Crystal Lake for a while yet.

Verdict
When it works, Friday the 13th is a truly exciting bout of cat-and-mouse gameplay that offers plenty of thrills and tense moments, but technical issues, clunkiness and a laborious levelling grind can add up to frustration.
7