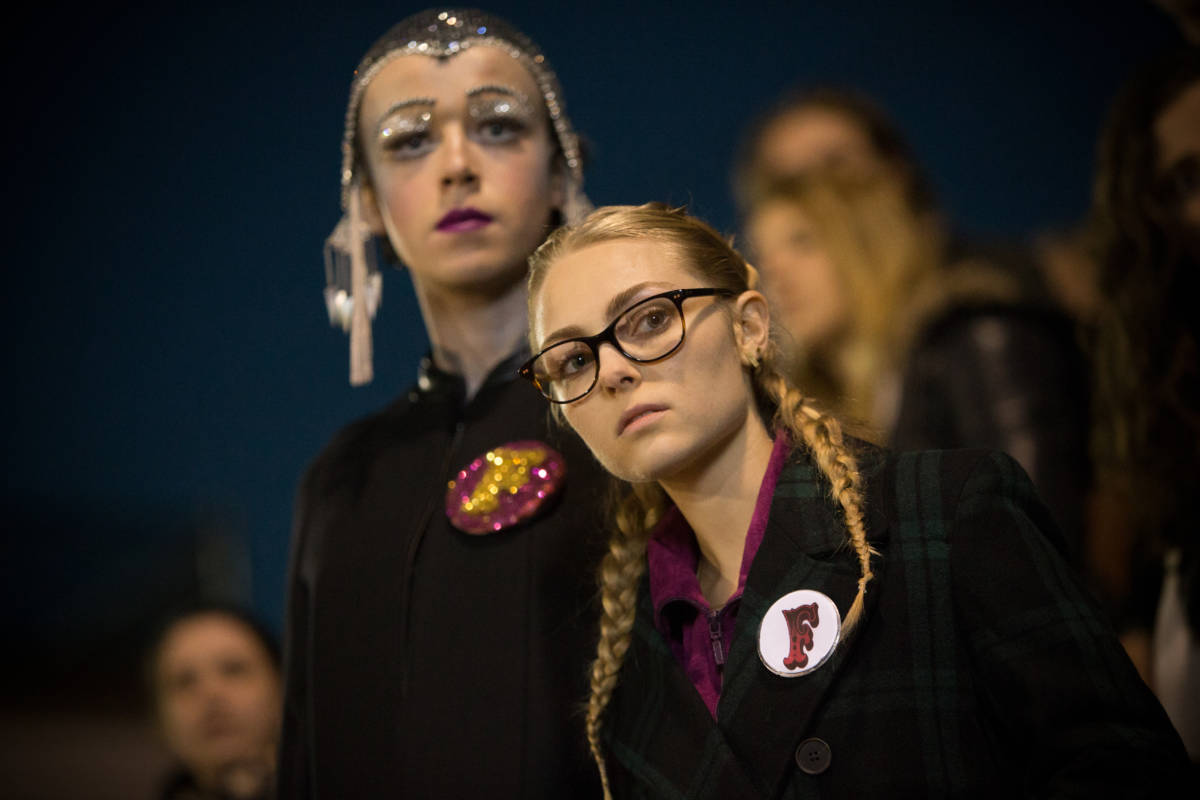 Freak Show is one of those films that ends up being rented on VOD platforms because studios don’t know what to do with them. In this instance, it’s IFC Films giving the film a limited theatrical platform while sending it to VOD platforms.

Trudie Styler directs the fish-out-of-water film, if there’s any way to describe it. Billy Bloom (Alex Lawther) is a gender-nonconformist whose fashion sense is on the feminine side. After his parents divorce, he stays with his mom, Muv (Bette Middler), but it reaches a point in which Billy is forced to live with his father, William (Larry Pine). It’s while he lives with his dad that he finds himself in the worst possible setting to be someone who is LGBTQ: a high school in the south. The high school may be full of bullies, but Bloom is able to make the best of it, finding friends in both Blah Blah Blah (Annasophia Robb) and Mark “Flip” Kelly (Ian Nelson).

Bloom must contend with mean girl Lynette (Abigail Breslin). Lynette is a stand-in for all of the extreme conservatives. She’s that spoiled-rotten kid who isn’t exposed to the kind of people who can get her to challenge her beliefs. It’s her character who recites the following line: “Let’s make America great again!”

Laverne Cox, a prominent transgender actress, has a minor role as a news reporter, Felicia Watts, working on a story for Lynette’s race for homecoming queen when Bloom declares he’s in the race. Cox’s role in the film is mostly a cameo at best but her appearance is vital because this is the era in which more films need to be telling trans stories.

It’s at this point in the film where the reporter asks Bloom how he wants to be identified. He starts out by saying “trans-visionary” before settling on “freak” when he says he was going to reclaim the word. Lather adds so much vulnerability to an otherwise self-confident character.

PJ Clifton and Beth Rigazio’s screenplay help bring James St. James’ book to life. One difference between book and film is that the screenwriters further developed the character of Muv given the relationship between Billy and his mom is so vital to the film. Dante Spinotti is a legendary cinematographer and his work is what allows Styler to be able to focus on capturing the performances.

The fact that Freak Show isn’t getting much of a theatrical release is a shame. These kinds of stories are the ones that need to not only be told but find an audience outside of LGBTQ circles. The importance is to help educate those who might not necessarily know an person who is transgender, non-binary, or gender non-conforming. Going with the theme, all of the musicians appearing on the film’s soundtrack are LGBTQ.

It goes without saying that there are a lot of derogatory slurs in this film. However brutal it will be to hear them, it shows the brutal reality of life for LGBTQ students in school. While out-students have to hear this kind of language all the time, it’s the closeted students who have to be calculating on when they come out as such.

The release of the film comes at a very relevant time. It sends an anti-bullying message during a time in which may feel that it’s okay to be racist, sexist, homophobic, transphobic, xenophobic, etc. It’s the prejudice that needs to end so that people can truly feel included and accepted for who they are.