War, what is it good for? Player engagement, actually. 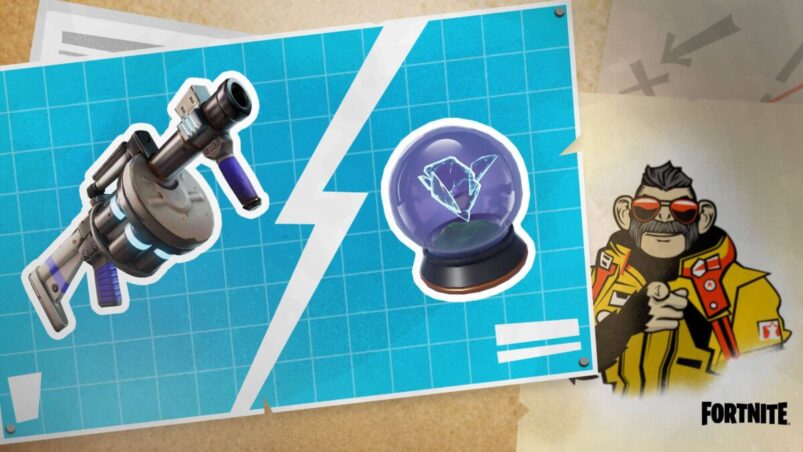 UPDATE: A new week has brought with it a new Donation Board task and dilemma, with players able to spend their Gold Bars on deciding whether or not to bring back the Shockwave Launcher or Rift-To-Go in an Item Vote.

The Donation Boards work exactly like they did for the previous donations for the Mounted Turret, but this time out you are voting for either item to return. You can donate 50 Gold Bars to essentially vote to bring one of them back into the game.

The winner will be revealed once either item reaches 4 billion Gold Bar donations, which, based on the speed of the previous War Effort, should take roughly a week for players to hit.

Check out some Donation Board locations below.

You can find them at pretty much every POI on the map. Meanwhile, Gold Bars can be earned by opening chests, completing quests, and farming objects like beds.

ORIGINAL: Fortnite: Season 8 is a pretty barmy season of Fortnite from day one, which is to be expected following the Sky Fire event. With The Sideways and all the Cubes letting loose on the island, it’s up to you to help out at Donation Boards and help the War Effort.

Donation Boards are a new thing to interact with on the Season 8 map and seem to be pretty much everywhere, including all of the POIs.

Here’s what they look like on the map, little cash bags:

Working similarly to the Bounty Board, you can approach and interact with these boards, at which point you will be asked to donate 50 Gold Bars to help the War Effort. Gold Bars are a very common resource in Season 8, so don’t hesitate to donate them.

If you donate the Gold Bars, you will contribute towards unvaulting an item or adding something to the map each week in the War Effort. If you remember the Unvaulting event, in which the community voted to bring the Drum Gun back into the game, this is along the same lines except with Gold Bars instead of Pickaxe swings.

If you donate, you will also get an item in return, like shields.

For the first week, the community must work together to unvault the Mounted Turret, an item that hasn’t been in the normal loot pool for quite some time.

However, this won’t actually be an item in your inventory as such, but will instead create a Turret Station: a static placement of the item that anybody can jump on and will be available from the start of a match. Wherever you donate, that spot will make progress on earning itself a Turret Station.

These Donation Boards are a really fascinating introduction for Fortnite and will no doubt cause a lot of debate when it comes to picking between different items to unvault. It’s also a really good way of keeping players invested and interested, even if they don’t play all that much, by giving them a bit of choice in the future of Fortnite.

MORE FORTNITE: Fortnite Season 8: How To Craft The Charge Shotgun